He urged the president to strike quickly against ISIS, even though evidence of its involvement is currently nill 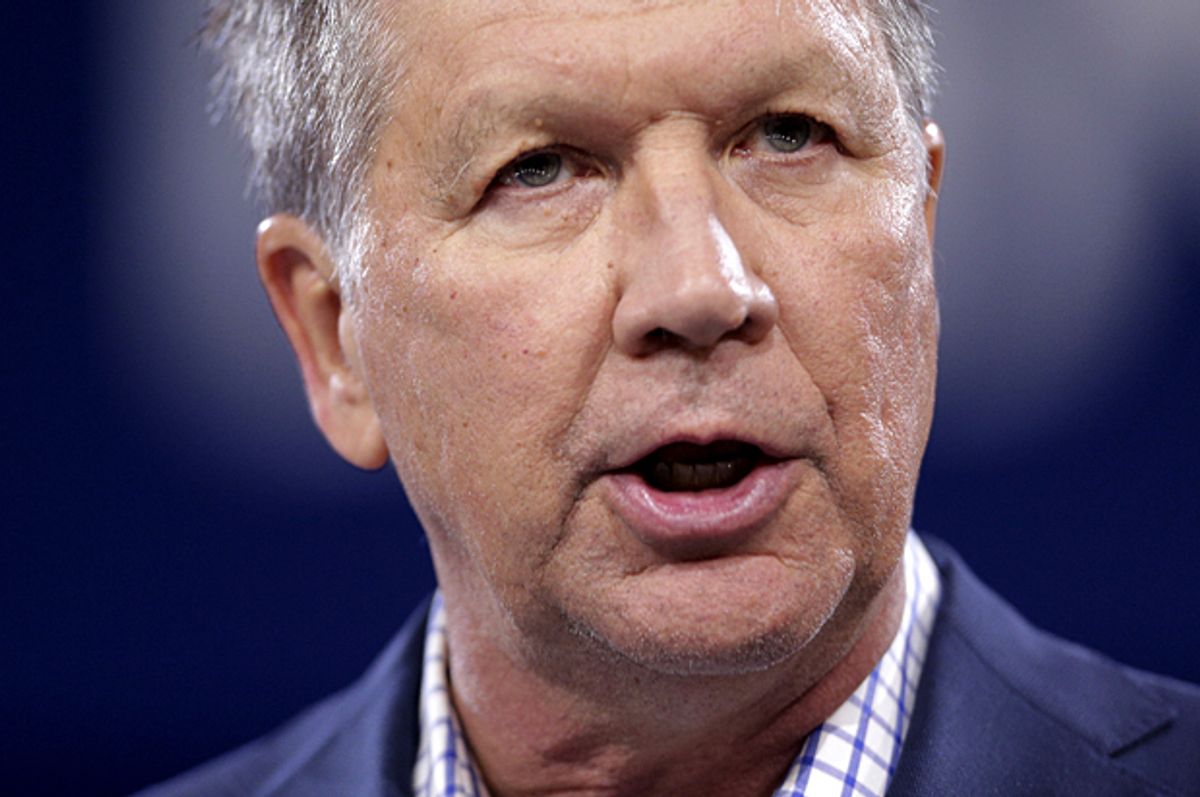 Republican presidential hopeful and Ohio Governor John Kasich spoke to MSNBC's Brian Williams on Tuesday about how President Barack Obama should respond to the terror attacks in Belgium today -- and not surprisingly, Gov. Kasich was very disappointed in the president.

"I would hope what the President would do is return home,” Kasich said. "He ought to work with the heads of state around the world to assemble teams, and they need to examine these vulnerabilities we have, because without effective human intelligence, without coordination and cooperation among all the civilized nations -- we get these gaps and these gaps get exploited by these people who are intent on killing civilized people."

He urged the president to "act quickly against ISIS both [in] the air and on the ground," even though there is no credible evidence at the moment that ISIS was involved. Kasich did, at least, acknowledge that it would be best to do so "with a coalition of not only people from the West, but our Arab friends in the Middle East."

Not that that prevented the governor from speculating: "With this migrant crisis and the ability of people to pour across the border," he said, before qualifying that "we don't know exactly, at this point, who these folks are or where they came from, but the radicalization of people in the Islamic community is obviously the greatest threat we have today."

"The only way to deal with this is the way we deal with this in the United States -- and that is the issue of counterterrorism," Kasich continued. "It doesn't mean you're going to catch everybody, but it means that you have a better chance of being able to disrupt these operations."

He was careful to distance himself from his fellow GOP hopefuls, noting that while "this war is against radical Islam, everyone who is a Muslim is not connected, obviously. The vast, vast majority of them are peaceful people just practicing their religion."

"What we don't want to do is to label an entire religion as radical and as at war against the West," he said. "It's simply not true. And frankly, we're going to need their cooperation as well."