"I believe I was singled out because I am transgender": College student on why she was booted from Trump rally in Arizona 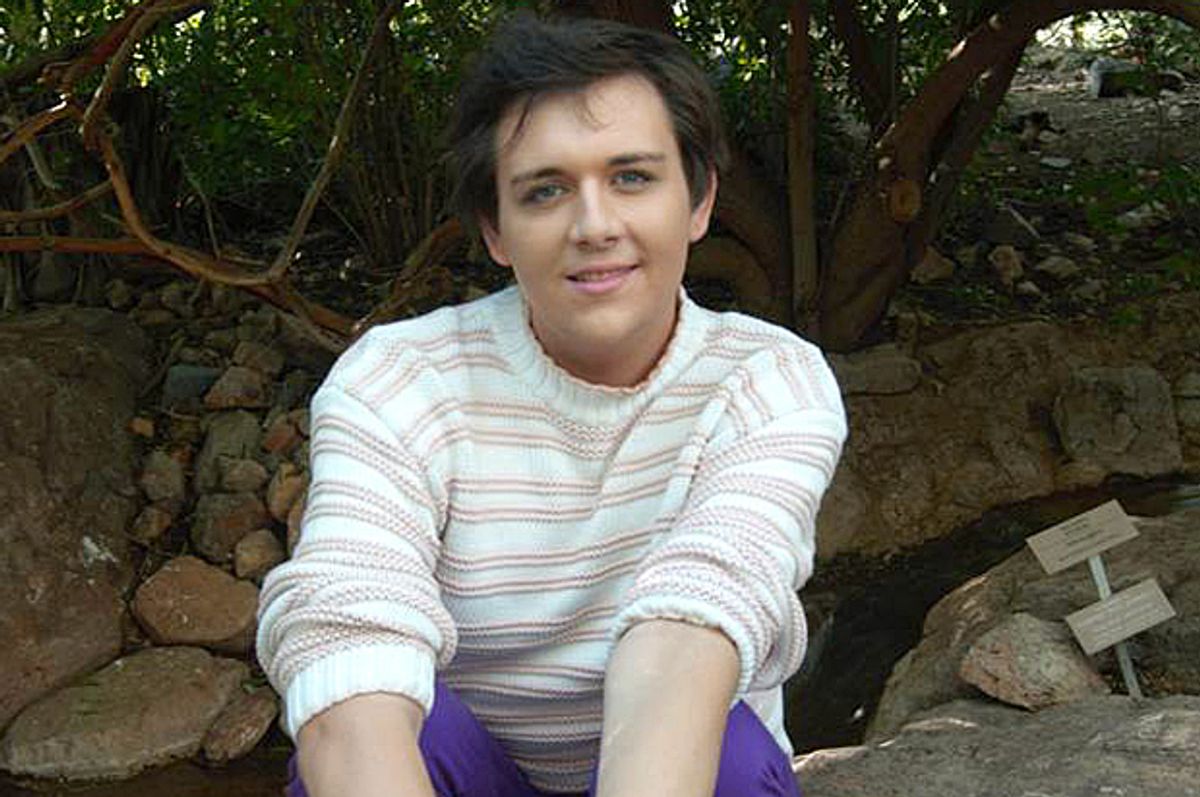 Donald Trump's campaign rally in Tucson, Arizona, Saturday evening was marred by violence, as tensions erupted between protesters and supporters.

"It was pretty crazy," says Jaqueline Dowell, a 23-year-old University of Arizona student who attended and was eventually removed from the event. "A full-on fistfight was happening every 10 minutes or so."

During the rally, one Trump supporter was arrested and charged with assault after he kicked and punched a protester being escorted from the building:

Trump campaign manager Corey Lewandowski has drawn criticism for the video below, which shows him grabbing a protester by the collar at the rally. Lewandowski was previously accused of grabbing and bruising a female reporter for Breitbart.

Dowell, a senior studying linguistics and philosophy, says she was removed from the rally by an individual she believes to be the man in the red and blue shirt standing next to Lewandowski in the video above. Dowell says that she was not protesting when she was removed from the rally, and believes she was escorted from the arena because she is transgender. The Trump campaign did not immediately respond to a request for comment. Dowell spoke with Salon on Monday about her experience at the rally:

Why did you go to the rally?

It was very violent. I was shocked. I was a punk rock kid, a metal kid, I've been to a lot of crazy events, but I've never scene a scenario where more fistfights broke out inside of a venue.

From what I could tell, there were probably just as many protesters as there were Trump supporters, or even more protesters than supporters. As far as physical description, it was generally white men or entire families. I didn't really get the chance to talk to too many people, unfortunately.

Basically without having said anything, I was taken out. A gentleman in a blue and red shirt, who I believe was Trump's security, ran up to me. Initially, I thought that he was pushing through the crowd towards someone else, so I tried to make way for him, but he grabbed my arm and pushed me aside and yelled at me that I had to leave, very angrily. After that, I was escorted out by a security officer.

He was very aggressive. Not only in the tone of his voice, but in the way he grabbed me and pulled me aside. He didn't really ask me, he just kind of told me and forced me over. At the time, I tried to ask why and he wouldn't give me a reason. He just said I needed to leave.

Did you ever find out why you were removed?

I repeatedly asked the security officer, and I wasn't given a reason until I had actually exited the arena. The only reason I was given was because "someone requested that I leave." I believe I was singled out because I am transgender.

Why do you think that?

Because at the time, I hadn't said anything. I hadn't met up with anyone. I was just there. The only reason I can think of for being thrown out was because I basically looked like man in a dress and I didn't fit the bill of the typical Trump supporter.

Did you file a police report?

No. Honestly, I wasn't really sure what I should have done. From what I could tell, a lot of the police were protective of the Trump security. As I was walking out the building, I noticed I was being followed by some of the police.

What did you do after you got kicked out?

I protested outside. It was very energetic. I would say it was actually a very well-organized protest. The protesters were shouting chants, and this was happening as Trump supporters were entering and exiting the venue. So you basically had two groups and it was pretty crazy. I saw a fistfight and lots of signs being torn up.

Are you voting in the Arizona primary Tuesday?

I'm registered to vote in Arizona but I'm undecided at this point.