And predictably, right-wing Republicans freak out 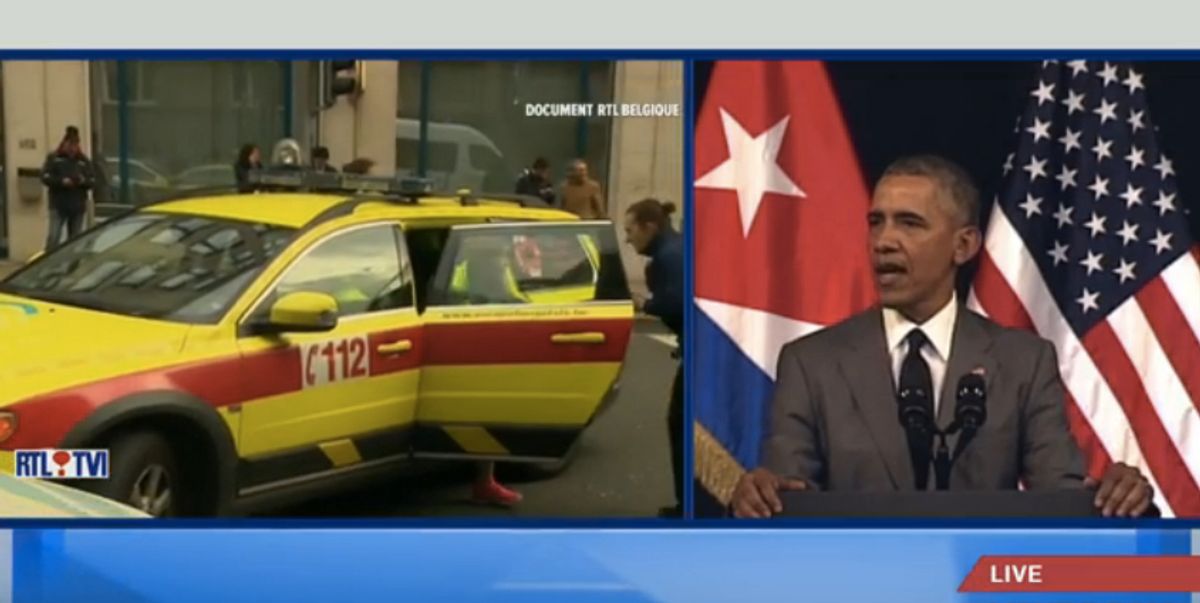 While on a historic visit to Cuba, President Obama took time out of a speech on U.S.-Cuba relations to address Tuesday's terror attacks in Brussels.

Obama called the bombings at an airport and two subway stations "yet another reminder that the world must unite, we must be together.”

"We will do whatever is necessary to support our friends in Belgium," Obama said in Cuba. The president was briefed on the attacks Tuesday morning at at the U.S. Embassy in Havana, according to White House officials. Obama spoke to Belgian Prime Minister Charles Michel to offer the condolences of the American people and U.S. assistance in investigating the attacks, the White House told USA Today.

“We stand in solidarity with them in condemning these outrageous attacks against innocent people,” he said.

Obama then quickly pivoted to his planned statement, declaring: "I am here to bury the last remnants of the Cold War in the Americas. I am here to extend a hand of friendship to the Cuban people."

Obama's comments on the terror attack comes on his third day of travel to the communist nation and his while his message of optimism and progress in the face of another terror attack were remarkably well received by the Cuban audience, conservatives back home were less impressed: