Justin Lin: If we want more diversity in Hollywood, "the general public has to demand it" 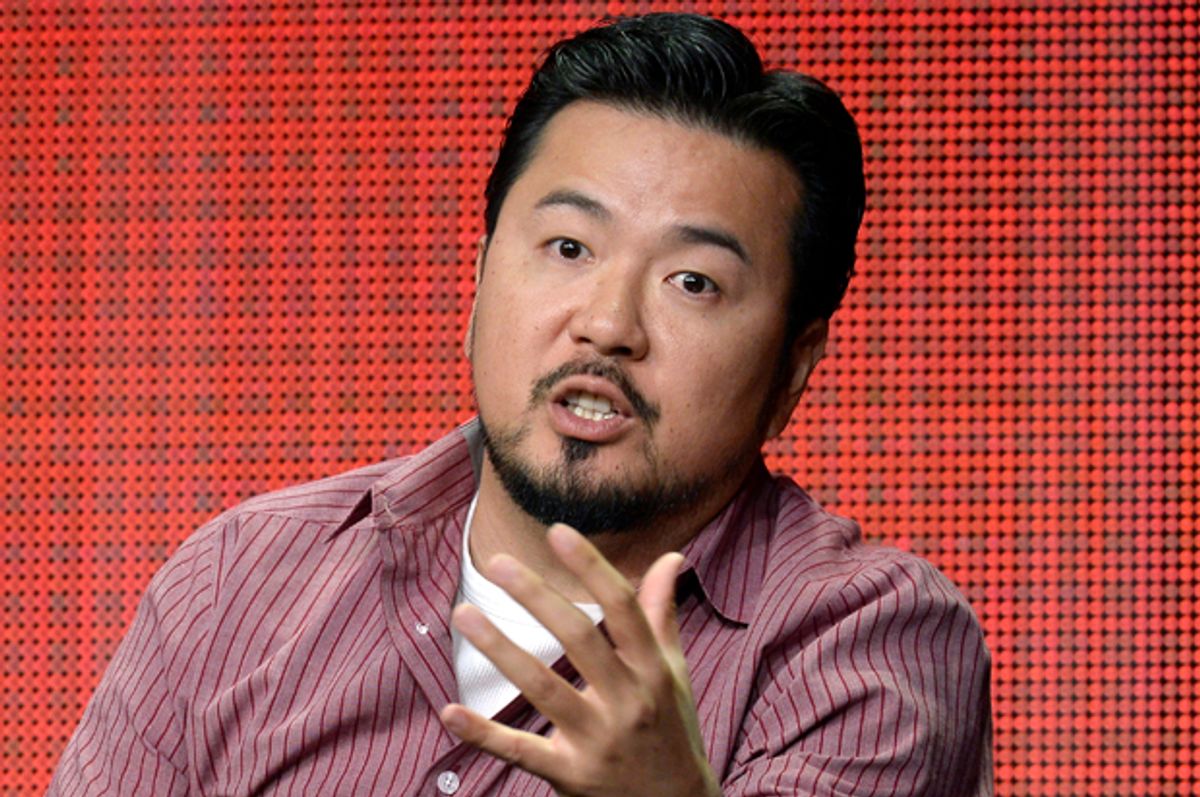 In 2016, the fact that Hollywood made a sequel to #OscarsSoWhite has energized longstanding conversations regarding systemic racism and sexism in the entertainment industry. In its wake: a rash of new initiatives aimed at diversifying television, film, and theater. As the squeaky wheels of progress turn inside the Hollywood machine, a few film directors are doing their part to pull it into the 21st century.

Director Ava DuVernay (“Selma”) founded the film distribution collective, Array, and hired women and people of color for the currently-filming production of the OWN network television series “Queen Sugar.” “Star Trek: A New Hope” director J.J. Abrams’s production company, Bad Robot, will henceforth  require that women and people of color be submitted for writing, directing and acting jobs in proportion to their representation in the U.S. population. A new non-profit, We Do It Together, aims to finance and produce films, documentaries, TV and other forms of media that will challenge stereotypes regarding women, and its advisory board includes directors Catherine Hardwicke, Hany Abu-Assad, Amma Asante, Marielle Heller, Katia Lund, Małgorzata Szumowska, and Haifaa Al Mansour, among others.

In 2010, YouoffendmeYouoffendmyFamily (YOMYOMF), the Asian-centric blog and entertainment website founded by director Justin Lin (“Fast and Furious” series, currently filming “Star Trek Beyond”) initiated a competition, “Interpretations,” which asked aspiring Asian-American filmmakers to develop and shoot a 3-minute short around a four-line script. A resounding success, it is being run again this year, with a script written by Tony-award winning playwright David Henry Hwang. The four lines are:

Don’t do that.
Of course.
I have my doubts.
What is it?

(Confused? Here is a funny example of how it works.) The winners get the opportunity to craft a project for the initiative’s lead sponsors, Comcast and NBC Universal (NBCU).

In a recent interview, Lin told me the more the public gets behind these works and artists—both in front of and behind the camera—the more we'll see things start to change.

"After I made 'Better Luck Tomorrow' and started taking meetings in Hollywood, I quickly learned that Asian Americans weren’t even in the conversation as a minority, since there wasn’t even a significant enough audience, and especially an audience for Asian American content," he said. "I think it’s changing now with shows like 'Dr. Ken,' 'Fresh Off the Boat' and 'Master of None,' but obviously when we look at the film side, there’s still a lot to be done."

"Interpretations" is the first initiative for the nonprofit YOMYOMF Foundation, which supports Asian American talent, and more programs are on the way. Lin says he started the foundation because he knows talented artists are out there, they just need opportunity and mentorship.

"I'm the child of immigrants. My Taiwanese parents came to America with no money and supported my brothers and me as small business owners in Orange County, which is close to L.A. but about as far away from Hollywood as you can be. I didn't know anyone in the industry, but had a great deal of people help me along in my path," said Lin. "I made a lot of mistakes along the way, but feel incredibly lucky to be in the position I am now and to be able to play a small part in trying to support talented, aspiring young filmmakers out there through a program like 'Interpretations' who, like me, had the desire and passion, but no connections to the industry."

Lin also says if we want to see more diversity in film, "the general public has to demand it."

"It's about supporting the many talented artists and filmmakers out there trying to create work from that marginalized point of view," he said. "Go out and buy tickets to their movies and plays, support their crowd sourcing campaigns, show the industry that there is a viable audience for this work."

The pronounced under-representation of Asian-Americans in the entertainment industry has not gone unremarked.  The Asian American Arts Alliance of New York, for example, just announced the launch of a new theater fellowship aimed at supporting young artists and directors of Asian descent by providing them with a stipend, mentorship, and other forms of support. When marginalized groups have limited access to opportunity, it shows up in various ways, including the ongoing drama of #OscarsSoWhite. As the Economist explains:

Given that Asians are not only are 60 percent of the world’s total population but Asian-Americans are also the highest income and fastest growing racial group in the U.S., it is statistically improbable that they are barely a blip at the entertainment industry’s most prestigious award ceremony.

YOMYOMF announced the second “Interpretations” competition this past weekend at the annual film fest organized by the Center for Asian American Media in San Francisco. CAAM Fest, explains YOMYOMF creative director Phil Chung, “has been supportive of Justin from the very beginning when he came here with his UCLA feature, ‘Shopping for Fangs’,“ and so there has been a longstanding connection between Lin and the organization. “Seeing the packed 1,400 seat Castro Theater for CAAMFest’s opening night,” Chung tells me, “was a visceral reminder that there is a huge audience out there hungry for Asian American content--stories by, for and about our communities.”

A few television executives have already figured out that this audience is out there. Karen Horne is Senior Vice President of Programming Talent Development & Inclusion for NBC Entertainment and Universal Television. For many years, she explains, Comcast and NBC Universal have supported CAAM Fest, so partnering with “Interpretations” was a natural segue. The company’s diversity push (opportunities linked here) date back to 2000, when NBC “initiated a diverse staff writer initiative that has given start to many people like Mindy Kaling, Alan Yang, Danielle Sanchez-Witzel and many, many more,” she emphasizes. “Our initiatives go far beyond my department as well. It is company-wide and is a part of our DNA.” The winners of “Interpretations” will be featured at NBCU’s Short Film Festival finale in October.

Horne couldn’t promise me that NBC Universal would pick up where ABC left off and build a new comedy around John Cho, of the late, lamented sitcom "Selfie," but did affirm that casting for new shows under development is “still underway, and I'm enthusiastic that this year, we will see more diversity across the board.”

The key phrase is diversity across the board. When all the other factors are taken into account, the tiny number of Asians in popular media is especially egregious, but Natives and people of Middle Eastern descent are so marginalized they often don’t even get mentioned in “diversity” conversations. The point is that Lin, DuVernay, Abrams and other directors are implementing their convictions, taking financial risks, and using their focused spheres of influence to change cultural perceptions. The result? Great visual storytelling and fantastic entertainment. Let’s demand more of this.