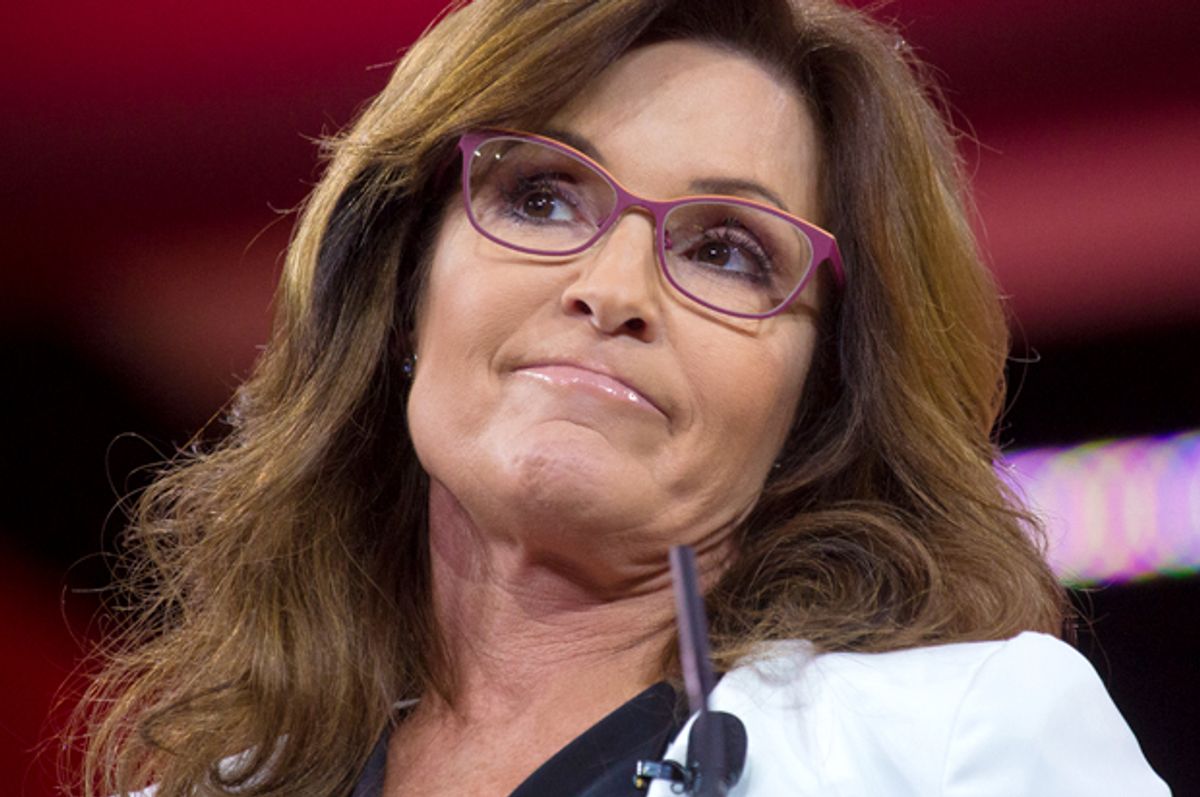 When John McCain, in 2007, brought Sarah Palin out of Wasilla, Alaska, and into the limelight, he couldn't have predicted that we'd still be experiencing aftershocks almost nine years later. But alas, the metaphorical blood is on McCain's hands for Palin's newest grasp at relevancy.

According to People, Palin last month signed a deal with Montana-based production company Warm Springs to "preside over a new reality court show that would premiere next year." The nationally syndicated show would hit the small screen in fall 2017.

The glaring difference between Palin and would-be contemporary Judge Judith "Judy" Sheindlin is that the latter has her Juris Doctor from New York Law School and decades of experience as a corporate lawyer and family court judge in Manhattan.

Palin holds a communications degree from the University of Idaho and can't name a newspaper.

News of Palin's return to TV brings with it few details and a lot of low-hanging fruit. I'd like to yield the remainder of my time to the good folks at Twitter: