Which is, of course, almost uniformly repulsive, with a few faint glimmers of humanity 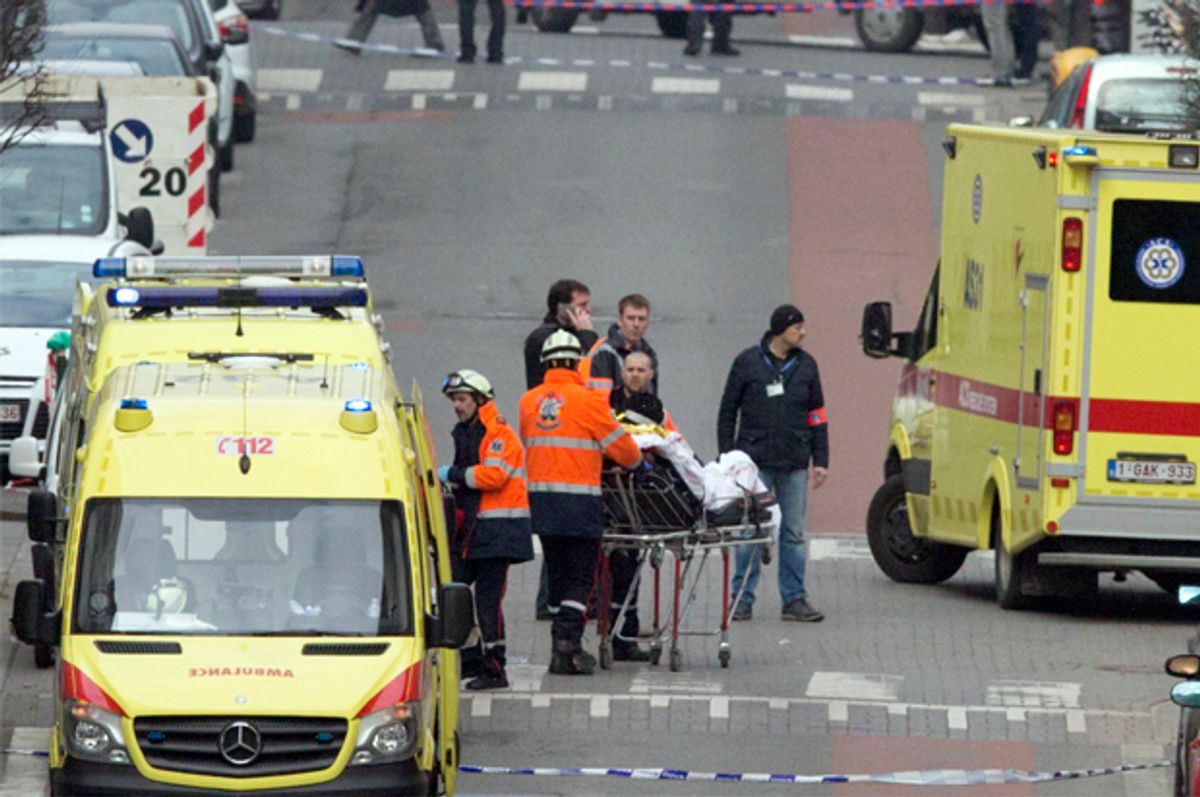 Emergency services evacuate a victim by stretcher after a explosion in a main metro station in Brussels on Tuesday, March 22, 2016. (AP/Virginia Mayo)
--

Terrorist attacks bring out the worst in people, and the worst of people spend most of their time on Twitter, so it's no surprise that the worst of the worst responses to the violence in Belgium today occurred in the Internet's most illustrious cesspool. Not that there weren't a honest-hearted responses:

But they were overwhelmed by the opportunists, who see this as a moment to make same point they would otherwise, only now astride the bodies of the recently murdered:

And, of course, there are always the vultures, who seem to exist merely to make the opportunists seem less repulsive:

Finally, what tragedy would be complete without it somehow being Salon's fault?