Gov. Nikki Haley is expected to sign a 20-week abortion ban into law, based on bogus science about fetal pain 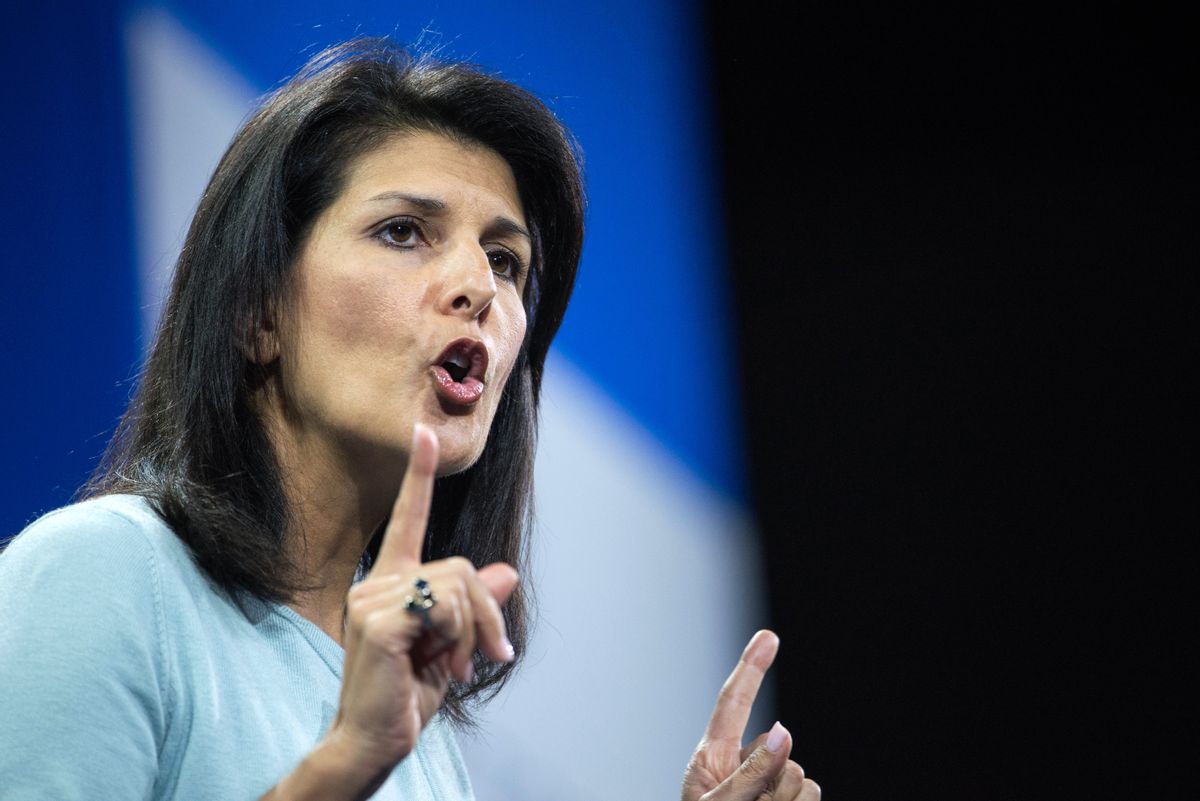 One of the many anti-choice laws that make it really, really difficult to have a safe, legal and constitutionally protected abortion is the all-too-common 20-week ban. The ban, along with other anti-choice measures employed by right-wing legislatures -- such as draconian transvaginal ultrasound mandates and other TRAP laws (Targeted Regulation of Abortion Providers) -- are all but explicitly intended to paint women into corners and, in many cases, serve to intimidate women to the point of choosing to forego the procedure.

And, shocker, most of these anti-choice laws are based on fiction. Especially the 20-week ban. We'll circle back to this point.

In South Carolina this week, Governor Nikki Haley has indicated that she'll likely sign HB 3114, "The Pain-Capable Unborn Child Protection Act," into law. The bill, which was recently passed by the South Carolina State Senate, bans nearly all abortions after the 20-week pregnancy milestone.

Said Gov. Haley: “I can’t imagine any scenario in which I wouldn’t sign it.”

Here are at least a few reasons why Haley shouldn't sign the law, especially given that she's both a woman and an elected official tasked with upholding the Constitution. There aren't any exceptions for rape or incest. In fact, the only exception included in the law would allow pregnant women whose lives are in danger to have an abortion, and allow the termination of pregnancies when there are "fetal anomalies." However, the definition of "fetal anomaly" in the law would still ban abortions in cases of a significant number of serious fetal abnormalities. The law also carries with it punitive sanctions against doctors who violate the statute, including three-year prison sentences.

(Eight Democrats voted with the Republican majority to pass the bill.)

South Carolina wouldn't be the first state to successfully ban all abortions after 20 weeks. Sixteen states and counting have already passed similar laws. Most of the laws so far don't contain reasonable exceptions for the lives of pregnant women, except for the 20-week ban in Mississippi. And, in Arkansas, a recent law bans all abortions after just 12 weeks.

Why 20 weeks? Republicans, who have been known to be sketchy when it comes to science, falsely believe that fetuses can feel pain at 20 weeks, thus the ban. (A Montana law based on the 20-week marker proposed that fetuses be administered pain killers before abortions.) Of course, actual doctors and scientists indicate that fetuses can't feel pain until roughly the onset of the third trimester -- 27 weeks, give or take -- not 20 weeks.

The Journal of the American Medical Association (JAMA):

Evidence regarding the capacity for fetal pain is limited but indicates that fetal perception of pain is unlikely before the third trimester [or 27 weeks]. Little or no evidence addresses the effectiveness of direct fetal anesthetic or analgesic techniques.

One reason the JAMA review finds early pain perception unlikely is that the connections between the thalamus, a sort of relay center in the brain, and the cortex have not yet formed. This happens between 23 and 30 weeks gestational age, and the authors argue these connections are a precursor for pain perception. They also cite studies using electroencephalography that have shown the capacity for functional pain in preterm newborns “probably does not exist before 29 or 30 weeks.”

So, here we are with another mostly implemented state-level GOP policy that completely ignores science for the sake of political convenience. Likewise, there isn't any medical evidence necessitating transvaginal ultrasounds -- or, for that matter, any medical requirement for mandatory admitting privileges at local hospitals, or for coercing women to listen to fetal heartbeats. Indeed, there isn't any medical evidence proving fetal personhood, as defined by alleged libertarians like Rand Paul who's introduced laws establishing such nonsense.

Pain or no pain, as long as gestation takes place inside human uteri, those humans have purview over the contents of their sovereign internal organs. Likewise, many conservatives believe they enjoy considerable sovereignty over their homes and property. Why is this right not applicable to female reproductive organs? Why is it okay for sovereign citizens to retain control over what happens inside their homes, often using deadly force to defend their property, but it's not okay for women to retain control over their internal organs? While we're asking serious questions here, why haven't any Republicans lifted a finger to make pregnancy and parenting more affordable, thereby mitigating the economic need for abortions?

The "why" really doesn't matter as much as the reality that Republicans haven't passed a damn thing making pregnancy anywhere close to being more affordable. They've only made pregnancy more inevitable by fighting against affordable and convenient access to birth control, while also pushing ludicrous and ineffectual abstinence-only laws. What we're talking about here is forced birth, even if the pregnancy occurred by no fault of the women who became impregnated. This is about making sure that women continue to be walking, talking gestation pods for God's America. And, by the way, don't plan on getting a break on the cost of pregnancy, nor the cost of daycare or college, since it amounts to scary, scary socialism. Yes, we can allow the government to have authoritarian control over women's bodies, but we can't have government control over making healthcare decisions easier and more affordable.

And, once again, while we're all self-flagellating over Trump or Bernie or Hillary, the states continue pass the worst laws imaginable. Yet liberals fail to turn out for off-year and midterm elections because of Obama or the fallacious idea that both parties are the same. Meanwhile, the progressivism demanded by the Democratic base is being rolled back one law at a time, due in significant part to a lack of participation in those non-presidential elections. The political revolution has to begin at the bottom -- at the school board level and up. Until then, the left is only sporadically engaged and only when there's a cult of personality to join. This is how the GOP has successfully circumvented science and the constitution and, ultimately, put lives at risk.