Bernie Sanders speaks up for "suffering" Palestinians while Hillary Clinton vows to take the U.S.-Israel relationship to "the next level": Watch the two candidates' wildly different responses to the Palestine-Israel conflict

"I think I have shown a lot better judgment than she has on foreign policy," said Sen. Sanders of Clinton 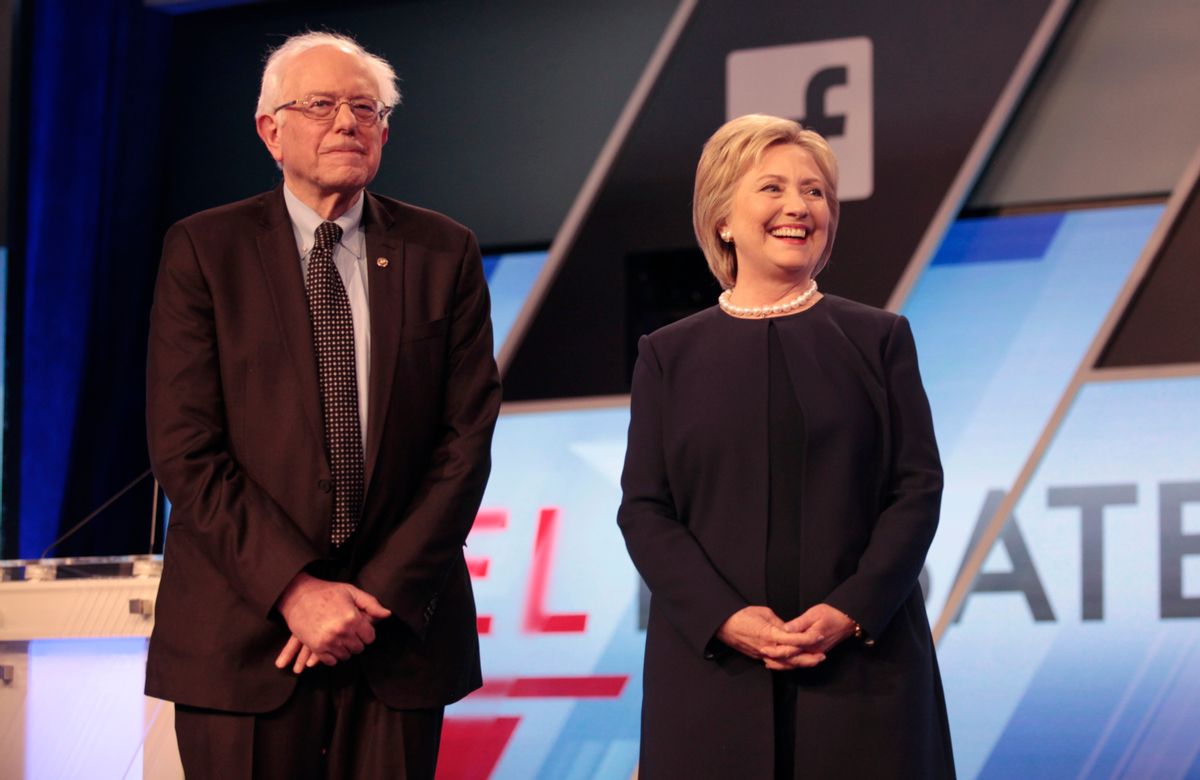 Bernie Sanders and Hillary Clinton before the start of their debate in Kendall, Florida (Reuters)
--

When it comes to Israel Democratic front runner Hillary Clinton have more in common with Donald Trump, than with Bernie Sanders.

During sit-downs with CNN's Anderson Cooper and in speeches at this year's AIPAC meeting and in Utah, Clinton seemed to stress the importance of standing with Israel while condemning Palestinian violence, while Sanders did not hesitate to direct harsh criticism at the Israeli government for its treatment of Palestine.

Watch to see how much Clinton and Sanders disagree.