Jeb is lying to himself — and everyone else: The Ted Cruz he's endorsing is just a figment of his imagination

Jeb Bush backs a candidate with voter “appeal” who can “unite our party,” insists he’s talking about Ted Cruz 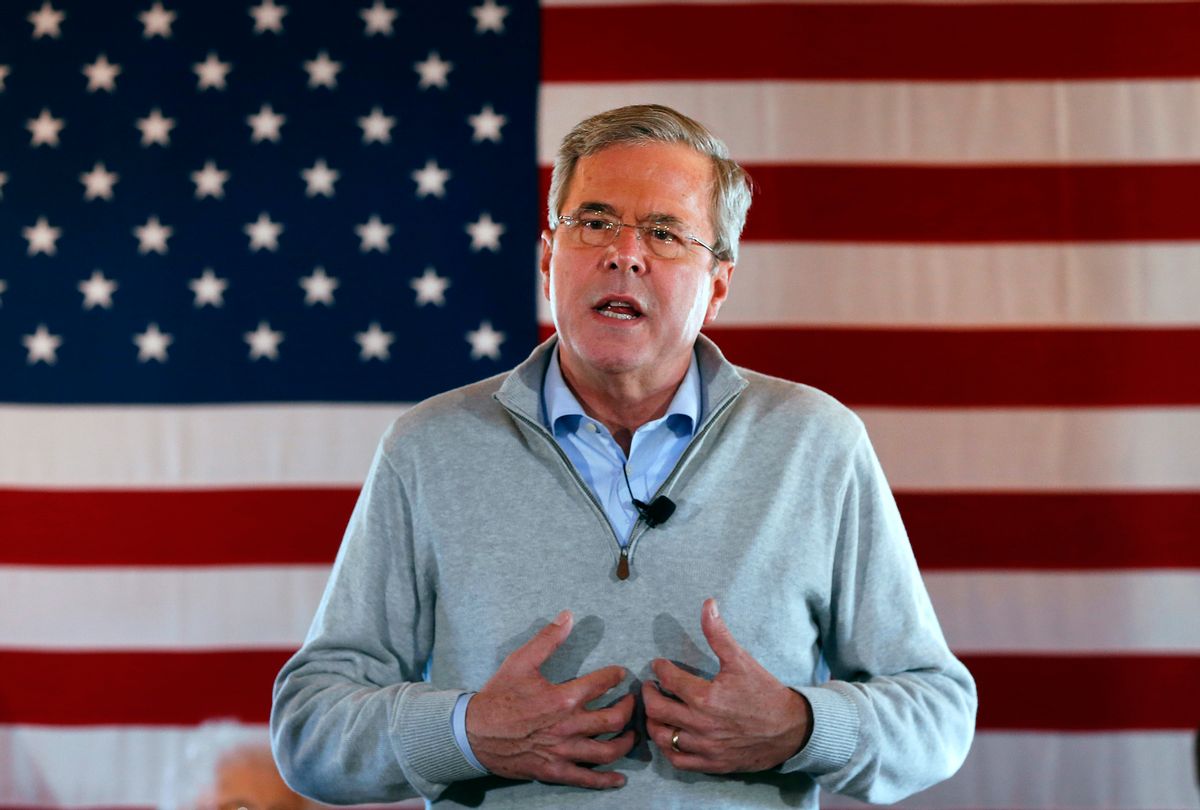 Ever since the Jeb Bush 2016 campaign experience closed up shop and slinked off into history as one of the most expensive and absurdly hyped electoral failures ever, the question lurking in the minds of every Republican political consultant was which of the remaining GOP candidates Jeb would back. Would he bury the hatchet and line up behind fellow Florida Man Marco Rubio before that state’s critical winner-take-all primary? Would he stand in solidarity with fellow governor John Kasich? As a scion of the Republican Party’s most prominent family and the inheritor of a vast network of donors, Bush was in a position to confer the party establishment’s blessings and that special Jeb! magic on whichever candidate he felt was most deserving.

Well, he’s finally made his choice. In a statement posted to Facebook, Jeb announced that he is getting behind the one candidate left in the race who is a “consistent, principled conservative,” who has “demonstrated the ability to appeal to voters,” and who “can unite our party and articulate how conservative policies will help people rise up and reach their full potential.” And that likable, unifying candidate, he insists, is… Ted Cruz?

There are plenty of words to describe Ted Cruz, but “appealing” and “unifier” are not among them. Cruz is a charmless ideologue who does weird things with his face when he talks. He’s an ornery and insufferable scold who oozes know-it-all-ism from every pore. Cruz is about as likable as poison ivy, which is probably why his favorability ratings are deeply underwater. Even Jeb’s former president brother can’t stand Cruz, reportedly telling donors last year: “I just don’t like that guy.” Jeb’s case for Cruz’s “appeal” is that he can “win primary contests, including yesterday’s Utah caucus,” but by that metric, Cruz is far from being the most appealing candidate in the race: he’s won just nine primaries while Donald Trump has racked up 21 wins.

As for being a candidate who can “unite our party,” that is precisely the opposite of what Ted Cruz has strived to do as a high-ranking Republican elected official. Even as he emerges as the last candidate standing against the Trump insurgency, Cruz’s colleagues in Congress are wary of endorsing him precisely because he’s established himself as a force for disunity. Cruz isn’t a unifier, he’s just been thrust into that position by circumstance. Republicans like Jeb don’t actually like Cruz, but they’re more terrified of a Donald Trump nomination than they are of seeing Ted Cruz at the top of the ticket, so they’re lining up behind him because they have no other real choice. Cruz has not earned their support, nor has he won their respect – he’s become the focal point for non-Trump unity by default.

And as Jeb’s endorsement makes clear, it isn’t actually about supporting Cruz, it’s about stopping Trump. “For the sake of our party and country, we must overcome the divisiveness and vulgarity Donald Trump has brought into the political arena or we will certainly lose our chance to defeat the Democratic nominee, most likely Hillary Clinton, this fall,” Jeb’s statement reads. But even on this score, Cruz is a weak anti-Trump. He spent most of the second half of 2015 sidling up to Trump and embracing the divisiveness that Trump embodies on issues like immigration and terrorism. Cruz, like Trump, supports mass deportations and draconian anti-immigrant measures. Cruz, like Trump, demonstrates hostility towards Muslims both in his rhetoric and his policy proposals – just yesterday, in response to the Brussels terrorist attack, Cruz floated the idea of having police forces monitor Muslim-majority neighborhoods as a check against radicalization. Cruz is a wildly divisive candidate, and as Dylan Matthews writes, if Republicans like Jeb were really so concerned about Trump’s bigotry and extremism, they wouldn’t be coming anywhere near Cruz either.

But Trump has made himself a singularly unacceptable candidate to the GOP establishment, so much so that a pariah like Cruz is now seen as the “responsible” choice. That’s why Jeb Bush has to lie to himself and his supporters and pretend that Cruz is something he isn’t.