Watch this hilarious video about Trump talking about his hands 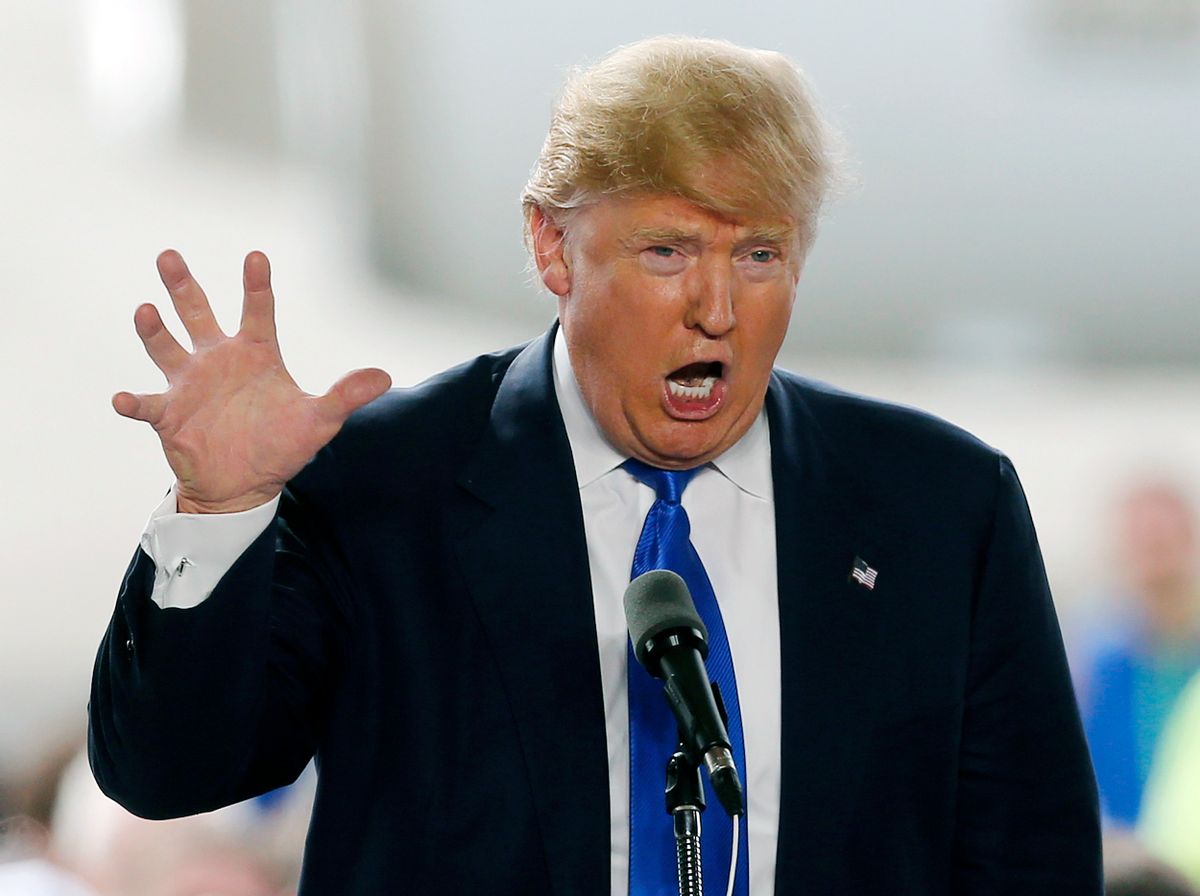 FILE - In this March 12, 2016, file photo, Republican presidential candidate, businessman Donald Trump speaks at the Wright Brothers Aero Hangar during a rally in Vandalia, Ohio. Over a period of 72 hours last week, the Republican front-runner faced a campaign crisis after unrest at his events forced him to cancel a rally in Chicago. He responded not by apologizing, but escalating, justifying his supporters violent reactions to protesters at his events and offering to pay legal fees. (AP Photo/Kiichiro Sato, File) (AP)
--

During last night's sit down with CNN's Anderson Cooper, Hillary Clinton implied that Donald Trump wouldn't be a "steady" commander in chief when it comes to foreign affairs.

Trump took the figure of speech a bit too literally, and remarked that his hands are in fact steady, way steadier than Clinton's, while holding up a clenched fist.

If you'll recall, it wasn't the first time Trump felt the need to defend his "large" hands, but let's hope it was the last.