My awful date with Donald Trump: The real story of a nightmare evening with a callow but cash-less heir

It was New York in the early 1970s. He arrived in a white Cadillac convertible. And had no cash to pay for dinner 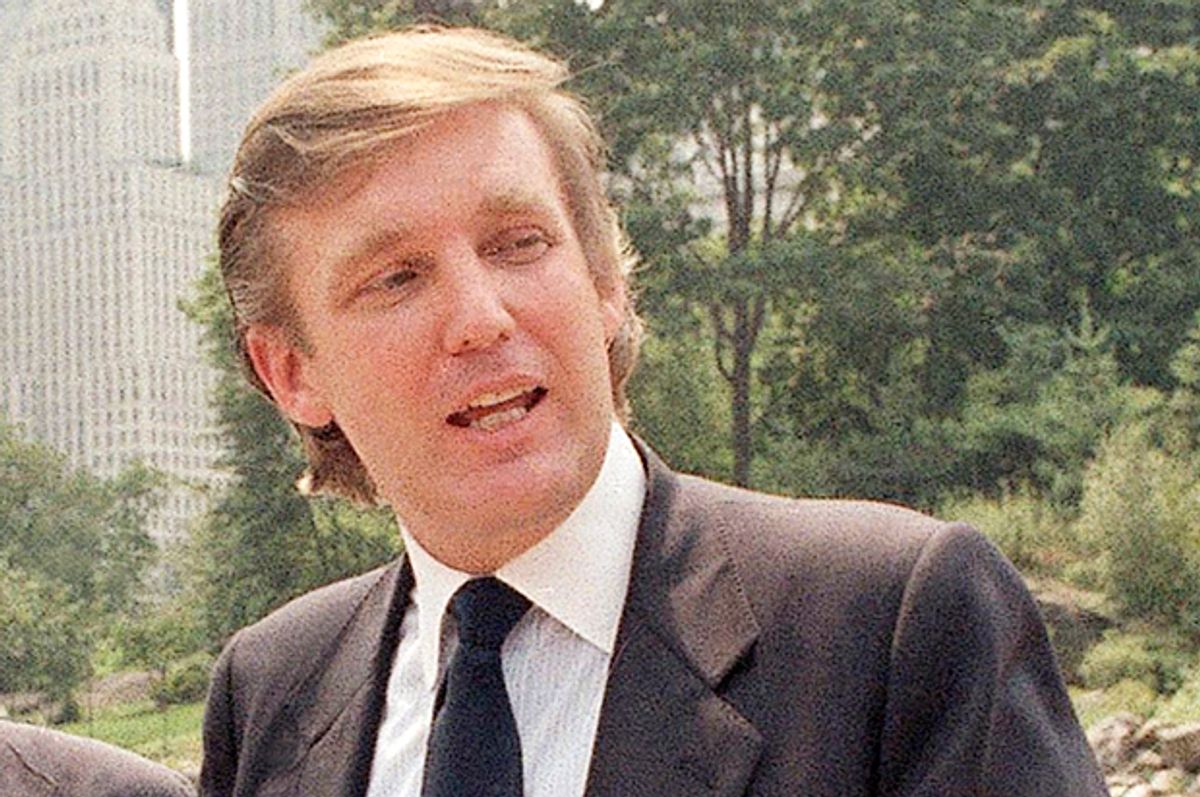 It was the early 1970s. I was about 23 at the time and he was in his late 20s. We met through friends talking at a bar. My friend knew his friends. It’s was a lively Upper East Side -- considered cool at the time -- spot. Still there and still considered a great place to go for a burger. A comfortable place for all generations. The tables are so close everyone feels like a friend. It’s cozy. This was over 40 years ago.

So I met a nice guy through friends at the bar and he asked me for my telephone number. He called me the next day and asked me out. Said he would pick me up around 7. I lived in a building with a doorman who called me on the house-phone to say my date was here. I locked and went downstairs expecting to see a guy standing out front with his hands in his pockets looking sheepish. Instead there was no one. Just a white Cadillac convertible. My date leaned over and said, “Hop in.” I didn’t know what to make of this. I lived in NYC and nobody ever picked me up in a car except to go to the airport. I was too surprised and flustered to be impressed. I felt like I was in a James Dean movie. If he wanted to impress me, a Cadillac wouldn’t do it, but if he got out of the car, and opened the door for me, then I would be impressed.

The interior was cherry red. The dashboard was red, even the steering wheel was red. It made me feel woozy. Like I was sitting someplace I shouldn’t. It was not the best start for a date.

The car had a phone in it. I had never been in a car with a telephone. I don’t know why, but I didn’t think it was special. I just thought, who is this guy with a funny last name? He picked it up and said where would you like to go for dinner? I’ll make a reservation. I had no idea. The only place I could think to go in a car was to Peter Luger’s in Brooklyn. He makes the reservation on the car phone and we go.

He was nice looking, not handsome, but nice. Preppy. Normal. Not a conversationalist, but neither was I. I didn’t think he was very bright.

The check came but the restaurant didn’t take credit cards. My date couldn’t pay for the dinner. This was the first thing I could relate to all evening. Me, Jewish girl, independent but not too, always had bad-date, worst-case-scenario, awkward-situation, get-home money.

So, my big shot, Cadillac, phone-in-convertible boring date couldn’t pay for dinner. He was stunned and embarrassed. I said, "Let’s get aprons and do the dishes. It would be fun." His face was horror-stricken. He was flustered. Relax, I have the money. Oh, thank God. He swore he’d pay me back tomorrow so many times that I thought it not likely.

He never did. That may tell you something about my date with Donald Trump.