Stratford Festival to broadcast its 'Hamlet' this summer 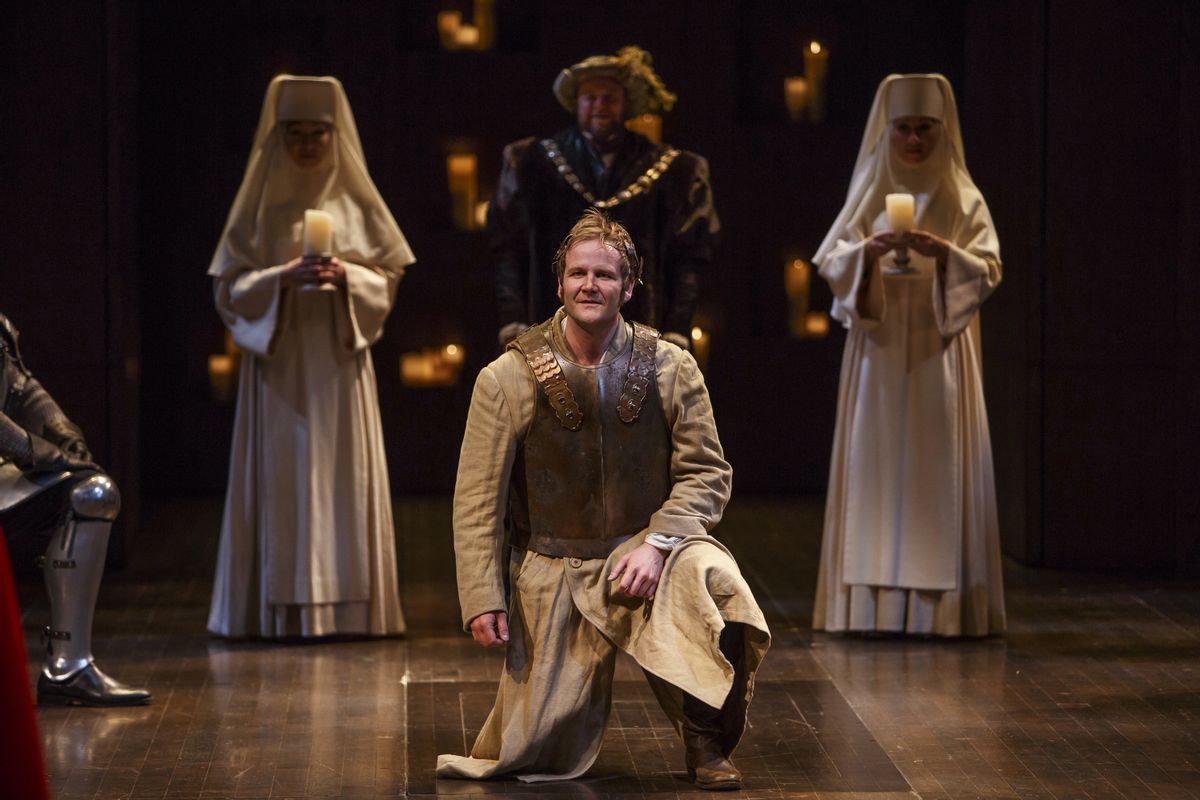 This image released by the Stratford Festival shows Evan Buliung as Pericles, center, during a performance of, "The Adventures of Pericles," in Ontario, Canada. in Ontario, Canada. The Stratford Festival will this year commemorate the 400th anniversary of William Shakespeare's death by broadcasting three more of the Bards work in HD, including Hamlet starring Jonathan Goad on April 24, "The Taming of the Shrew" beginning May 8 and "The Adventures of Pericles" on beginning May 29. (David Hou/Stratford Festival via AP) (AP)
--

The dates for the opening of "Taming of the Shrew" and "The Adventures of Pericles" have changed from when this was originally published.

NEW YORK (AP) — The Stratford Festival in Canada will this year commemorate the 400th anniversary of William Shakespeare's death by broadcasting three more of the Bard's work in HD, including its "Hamlet."

The Ontario-based festival is attempting to broadcast the complete works of Shakespeare around the world over the next 10 years and will kick off the next block of shows with "Hamlet" starring Jonathan Goad on April 24, "The Taming of the Shrew" beginning May 29 and "The Adventures of Pericles" on beginning May 8.

"I think it's got great balance. 'Hamlet' is the seminal title in terms of the oeuvre. Then you've got a great comedy like 'The Shrew,' and then a romance. So it has nice balance in terms of Shakespeare's work," said the Festival's artistic director Antoni Cimolino, who also directed "Hamlet."

The comedy "The Taming of the Shrew" stars Deborah Hay and Ben Carlson and is directed by Chris Abraham. "The Adventures of Pericles" stars Evan Buliung and is directed by Scott Wentworth. The staged versions were recorded on HD film using 10 cameras and 128 tracks of sound.

"We've gotten a lot better at doing this in the last couple of years. We had a lot to learn," said Cimolino, citing things like makeup for HD, the need for close-ups on camera and details like how costumes move.

"Things that were absolutely OK in a bigger theater become something that needs to be addressed when you've got a big camera just inches away from an actors' face," he said.

The company has a seven-month season every year with about a dozen plays in four Ontario venues performed by some 120 actors. This upcoming season, it will feature "Macbeth," ''As You Like It" and the North American premiere of the stage version of "Shakespeare in Love."