The obscene moral hypocrisy on Brussels: Why are terror attacks against civilians in the Middle East ignored? 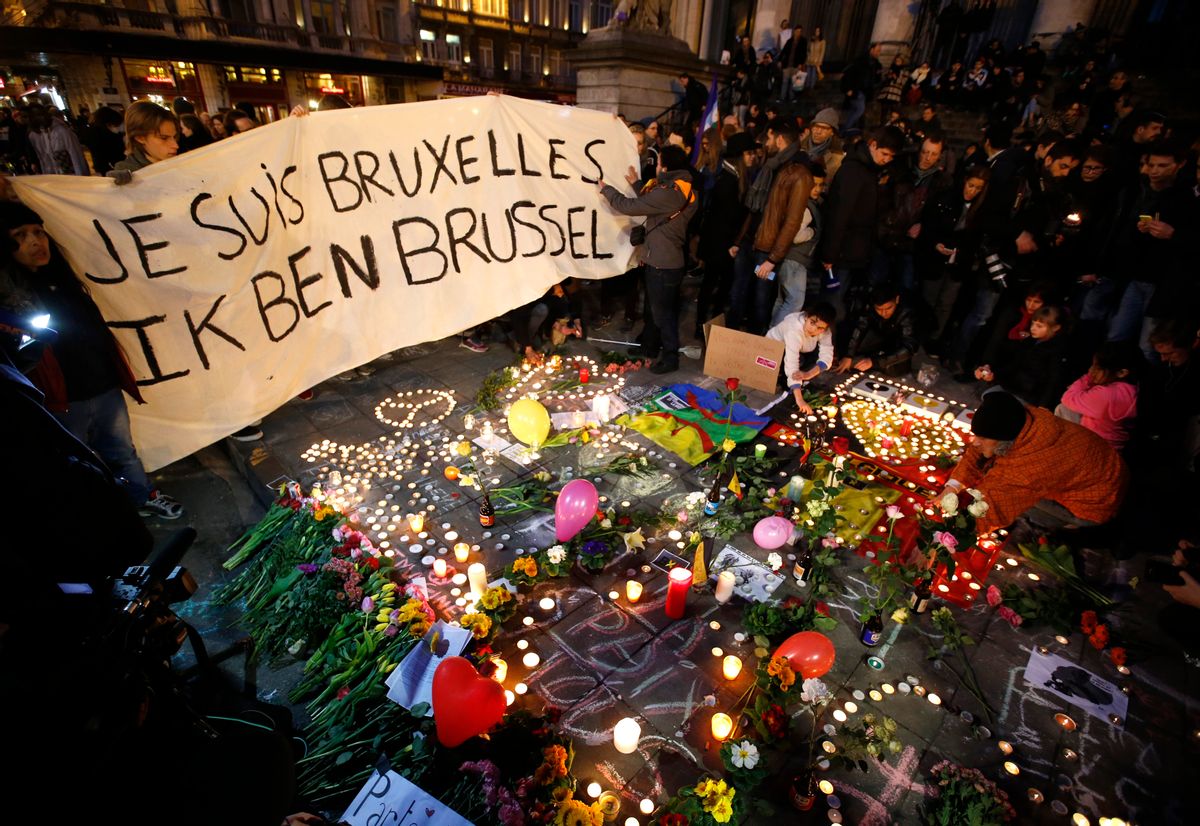 When a bomb emblazoned with "Made in USA" massacres civilians in the Middle East, scarcely a single tear is shed. When Westerners are subjected to the same terror people in Muslim-majority countries endure on a regular basis, the sky falls.

We have seen it numerous times — in Paris in January and November 2015, and in Brussels now. The response of the international community makes it clear: the lives of Westerners (particularly the white ones) are valued exponentially more than those of people in the Middle East.

It practically goes without saying that the observation, at this point, has become a cliché. It is not a profound one, nor is it new — one need only hearken back to Vietnam or to Algeria; to Guatemala or, especially in this case, to the days of Belgian-colonized Congo, where King Leopold oversaw the deaths of 10 million people, half of the African nation's entire population, in a matter of years in a little-discussed genocide.

While it may be a cliché, nonetheless, the reaction has become so normalized it must be called out each time it happens.

ISIS slaughtered more than 30 people in Brussels, Belgium on Tuesday, March 22 — a horrific day sure to live in infamy. Yet what of the countless other horrific days in which ISIS killed just as many people, if not more, that are effaced from the historical record, often mere moments after taking place, only to be replaced with others?

In just over a week in late February and early March, ISIS butchered almost 200 Iraqis, mostly civilians from the Shia Muslim community.

When thousands of Iraqis are slaughtered by ISIS, the world says little. And not only does the West say little; European countries and the U.S. demonize and actively prevent refugees who are fleeing ISIS' terror from seeking asylum within their borders. Yet when Europeans face the same violence, they expect the world to stop and collectively mourn.

This is only to mention the crimes of ISIS. The kind of bloodshed the world witnessed in Belgium on Tuesday is quotidian in Yemen — where the culpability lies with the very countries that are now so thunderously wailing.

For almost exactly one year, a Saudi-led coalition backed and armed by the West has been waging a brutal campaign of terror against the people of Yemen, the poorest in the Middle East. The draconian Saudi regime has  killed thousands of civilians, bombing hospitals, homes, weddings, schools and even a refugee camp.

Where did the theocratic Saudi absolute monarchy get the bombs it drops? From its Western allies, the U.S., U.K. and France, among others — the same Western allies who vociferously condemn terror when it is their own citizens who are subjected to it.

The Saudi regime has dropped banned U.S.-made cluster bombs on civilian neighborhoods in the capital city Sanaa — weapons that are banned by most of the countries on the planet (although the U.S. and Saudi Arabia refuse to recognize the treaty banning them).

As Yemeni journalist Mohammed Ali Kalfood stressed, exactly one week before the ISIS attacks in Belgium, on March 15, the Western-backed Saudi-led coalition bombed a market in Yemen's northern province of Hajjah, killing approximately 120 people, including more than 20 children, and wounding an additional 80.

"Families were blown up," Kalfood recalled. Yet these Yemeni families are apparently unworthy of the world's attention.

To make it clear, 400 percent more people were killed a week before the Brussels attacks by a Western-allied regime who buys Western-made weapons and military equipment and uses Western-provided intelligence. And the silence in response to the Hajjah massacre has roared so loudly it is truly deafening.

These are double victims. They suffer not only from their death, but also from the silence that surrounds it — an unfortunate product of their lowly place in the global pecking order.

To put it bluntly, they were killed in the wrong part of the world, and by the wrong people. So they don't get a mention in every headline, not to mention a slew of half-baked think pieces.

This is not even to mention the victims of Western policies in Iraq in the past three decades, who number in the millions. It is precisely these policies that birthed the extremism that ravages the region, but it is these policies that are ignored at moments like this, when it is most important to highlight them.

After the U.S. prolonged the Iran-Iraq War in the 1980s — arming both sides in the longest conventional war in the 20th century, one that led to the deaths of more than 1 million people — the United Nations, under pressure from the administration of President Bill Clinton, imposed sanctions on the oil-rich Middle Eastern nation, which, by the U.N.'s own admittance, led to the deaths of another 570,000 children.

Former U.S. Secretary of State Madeleine Albright infamously defended the half a million deaths, and U.N. Humanitarian Coordinator in Iraq Denis Halliday resigned, calling the program "genocidal." This genocidal program was subsequently followed by President George W. Bush's invasion, which the U.N. had made clear was illegal.

The brutal, fascistic extremist group that calls itself the Islamic State was birthed of the catastrophic U.S.-led war in Iraq, a war that, according to a study by the Nobel Prize-winning International Physicians for the Prevention of Nuclear War, led to the deaths of more than 1 million people, at a bare minimum.

Still today, the so-called War on Terror creates the very demons it purports to be fighting. The Western-backed war in Yemen is actively fueling the rise of ISIS; Western allies have supported extremist groups in Syria who defected to join ISIS; and the vacuum left after the disastrous 2011 NATO war in Libya, which destroyed the government and plunged the oil-rich North African nation into chaos, has allowed ISIS to expand into a whole new continent, and to establish its largest soi-disant caliphate outside of Iraq and Syria.

Where, one cannot help but ask, is the international mourning for these victims? For the millions of dead Iraqis, Yemenis and Libyans — not to mention the countless more Afghans, Palestinians, Syrians, Pakistanis, Somalis, Nigerians, Congolese and more?

The answer to this question, of course, is that this selective mourning is political. It is a political decision, that is the result of particular political views, views that normalize the idea that the victims of Western wars deserve the fates decided for them.

And it is ultimately self-destructive. For this Western, frankly white supremacist, narcissism will continue to help extremist groups like ISIS recruit, only further fueling the violence.

"Look at the 'kufr' West," ISIS has said, and will continue to say. "It does not care about the deaths of people in the Middle East, South Asia and Africa; it cares only of the deaths of its own people (and even then, only the white ones)."

The more the West portrays itself as the land of equality, liberty and enlightenment, the more it completely fails to live up to its vision of itself — a vision it increasingly shows to be a façade.

Every time an attack like the one that shook Brussels on Monday takes place, an article just like this one is written, one full of clichés. But clichés aren't always bad, and some bear repeating, if only as a reminder of how normalized this  immoral incongruence is — and a reminder that continuing to pursue the same policies is a surefire recipe for disaster.

This is not about creating a contest to see who suffers the worst violence. Rather, it is merely about mourning proportionately, about treating all life as equally valuable, regardless of where it begins, or ends.

Until this happens, until the deaths of the infinitely more victims of Western crimes are mourned equally, the whole charade following tragic attacks like those seen in Brussels and Paris reeks of extreme hypocrisy — moral and political hypocrisy that is nothing short of obscene.