Vinyl won't save musicians: It's still just a miniscule portion of music-industry revenues 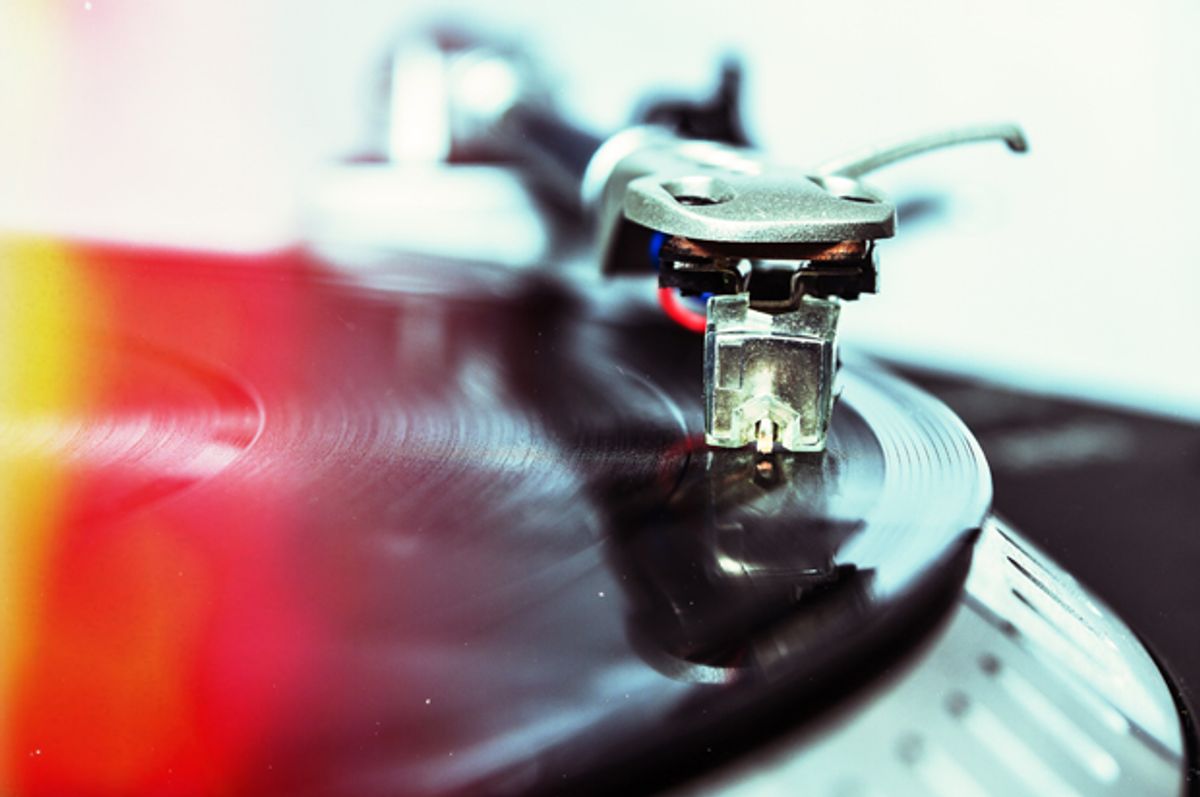 Here are some things I’m pretty sure of. Vinyl has better, warmer, more complex sound than CDs, as well an old-school cool. The larger album covers and room for liner notes are better than the compressed little field and compact disc allowed. And vinyl has lent its name to an HBO show that is not perfect, but is at least besotted with the pre-punk and punk-rock ‘70s.

So there is plenty of reason to buy vinyl and feel good about your record collection. But the idea that we hear in music circles sometimes, and that recent headlines will only encourage – that vinyl sales will save the beleaguered music business – is not quite right.

The sale of vinyl albums in the U.S. brought in more money than the recording industry made from advertising on the free tier of services like YouTube and Spotify last year, according to the RIAA.

Vinyl LP/EP sales rose 32% in 2015 to $416 million, their highest level since 1988, the U.S. record industry group said. That's still a fraction of overall industry revenues, which edged higher by 0.9% over 2014 to an estimated $7 billion. But it's more than the revenue generated from on-demand, ad-supported streaming, which grew 31% to $385 million.

This article is perfectly responsible and well-reported. The trouble comes when people only read the headline, or jump to conclusions about what the data means. An increase in vinyl sales is good for musicians. But if you look at the article in context, you’ll see that vinyl – up, but still less than six percent of record industry revenues – only looks good because of the failure other sources of income. CDs are down by 11 percent, digital albums by 3 percent, and individual digital tracks by 12 percent.

Despite the promise of tech hypesters, free streaming is just not as lucrative as predicted. It’s going in the right direction, but it’s only at $385 million – that number sounds high until you realize that there are more than 300 million people in the United States. Many musicians hate free streaming, since it gives their music away for almost nothing, and it’s very hard opt out of the process. And how much of that goes to musicians is tricky to decipher.

Another issue is that even numbers like $7 billion – again, this sounds huge – are way down from where they used to be. In 1999, the year Napster hit, music industry revenues were more than double that -- $14.6 billion. So these increases still show a business that’s way down from where it was, mostly because CD sales have plummeted.

Future of Music has a series of tweets that assess the vinyl news intelligently, including this one:

FMC’s general message is that all of the sources of income – teaching, touring, downloads, streaming, vinyl, CDs, and so on -- are important for musicians. Even as some sources go up and others down, the need to draw from as many as possible gets more and more true every year, especially as urban rents rise. "When I was in my 20s I could afford to have my own apartment in Brooklyn," jazz and funk bassist Melvin Gibbs, who heads Content Creators Coalition, told Salon. "Professional musicians in their 20s now can't survive unless they double or triple up in an apartment."

Here’s the good news: Vinyl could keep record stores alive, and many places in big cities and college towns that used to sell discs are now peddling vinyl. (Often it’s used vinyl, which means the income doesn’t make its way back to musicians.)

If you care about your city or your neighborhood, and like the idea of people who love music and tend it with respect and priestly dedication, then support your local music shop. Some of those people – maybe at this point, most of them -- are musicians, and that puts money in their pockets.

But don’t come away from news about the vinyl boom, or reports about the touring revenues of the tiny sliver of superstar musicians, thinking that the music industry – or the income of musicians – is recovering from the digital onslaught.