"You have to be able to do what it takes": Damn the law! Clueless Fox News hosts are on board with Donald Trump's torture push 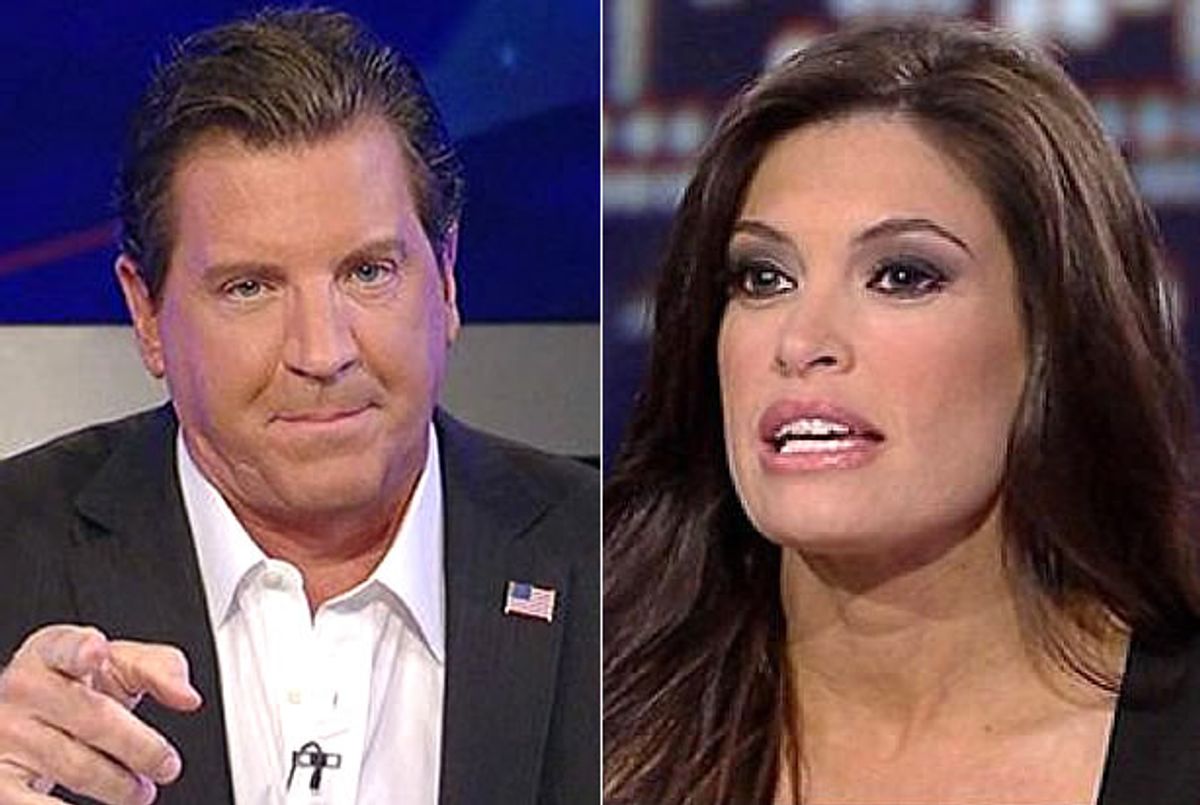 Donald Trump responded to Tuesday's attacks in Brussesl by doubling down on his hardline terror policies, calling in to NBC's "Today" to advocate torturing terror suspects. "If they could expand the laws, I would do a lot more than waterboarding," Trump said.

Later in the day, the hosts of Fox News Channel's "The Five" used Trump's statements as an opportunity to express their own comfort with using torture, as first reported by Newshounds. First, co-host Dana Perino attacked Hillary Clinton for suggesting that "the U.S. response must be consistent with consistent with our values."

"What does that mean?" asked Perino. "Basically, that's a code word for saying that we will not do anything that's too tough. That’s basically saying, 'I won’t do what George W. Bush did.'" Perino failed to note that even Bush's administration called waterboarding illegal by the final year of his term.

"Here’s all you need to do: listen to Bernie Sanders, listen to Hilary Clinton, listen to Donald Trump, Ted Cruz and John Kasich and go, 'Which is the one I feel most secure with?' And vote that way. Because, ultimately, that’s the most important thing a president can do, is keep you safe. The rest doesn’t matter. The rest is noise. Especially when you see things like this going on, just vote with who you trust the most on security."

Co-host Juan Williams, who seemed to be the only torture skeptic on hand, responded, "In other words, the fact that Trump doesn’t know what he’s saying, what he’s doing, we should just ignore."

Kimberly Guilfoyle then advocated for changing laws "to be able to do what it takes" to stop terror, and incorrectly stated that waterboarding only became illegal under the Obama administration.

Brian Kilmeade wrapped up the discussion with more fear mongering and the suggestion that any and all methods are justifiable when it comes to stopping terrorism:

Trump has said that he would seek to change U.S. law regarding waterboarding, which is currently illegal and constitutes torture.  But as Juan Mendez, the United Nations' special rapporteur on torture has noted, even if American law were changed, waterboarding would still be illegal under international law. Several experts, including former CIA Director Michael Hayden, have suggested that members of the military or intelligence community would refuse to follow unlawful orders from Trump.

Watch the full video from "The Five" below: