Another reason for Republicans to feel terrible: Obama's popularity is spiking — further destroying the GOP's chances of saving its sinking ship

Republicans argue that Barack Obama is a uniquely disastrous president, but his approval rating is on the rise 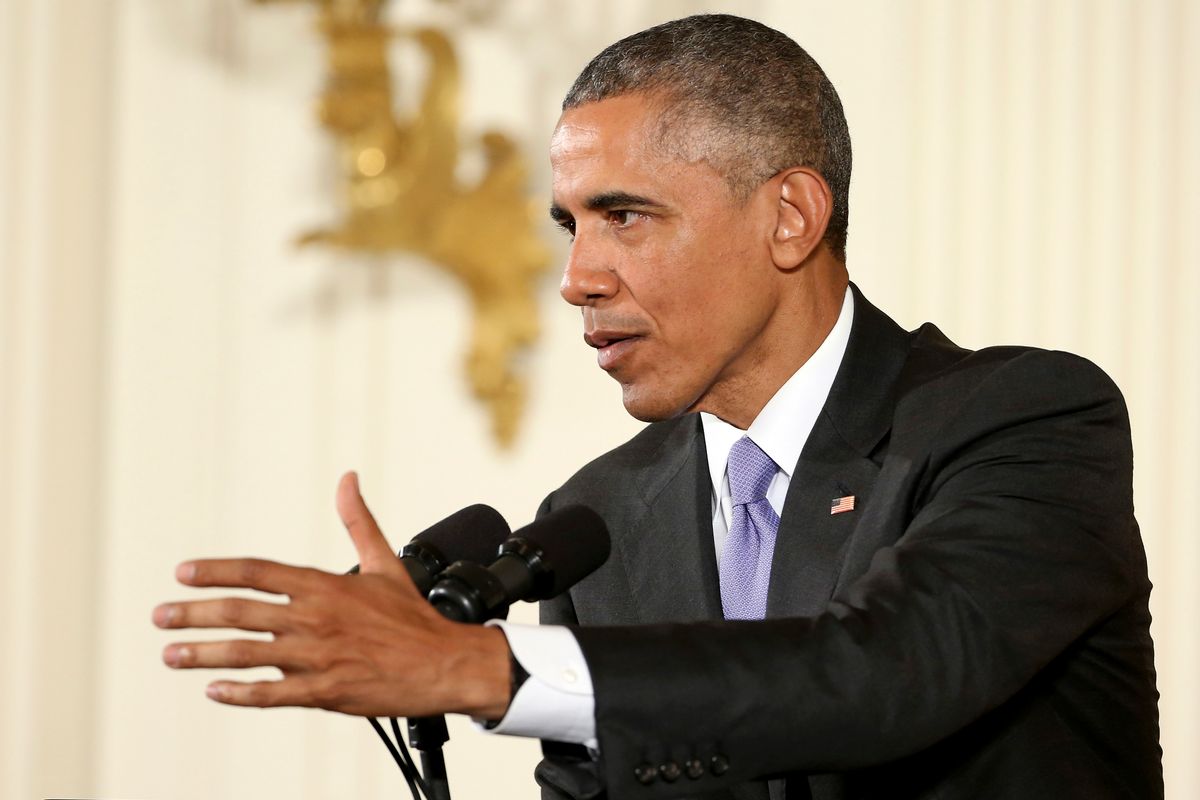 Barack Obama is getting more and more popular of late. A new Bloomberg Politics poll puts his job approval rating at an even 50 percent, a six-point jump from the survey they conducted in November. His favorability rating spiked nine points, all the way up to 57 percent. On specific issue areas that have been troublesome for the president in the past, like the economy and health care, his approval rating is inching up towards 50 percent. He’s getting positive marks for nominating Merrick Garland to fill the Supreme Court vacancy left by the late Antonin Scalia, and nearly two-thirds of the country supports his push to have the Republican-controlled Senate hold hearings on the nomination.

Those numbers are in line with what other polls are showing. A look at the Huffington Post’s poll aggregator shows that Obama’s average approval rating is just a hair under 50 percent and rising. After spending about two and half years with his approval ratings underwater, his numbers began to tick upward starting in December 2015, and they’ve been rising ever since. That’s pretty decent news for a two-term president in his final year of office, when voters tend to register fatigue with the administration and the party in power.

It’s difficult to pinpoint a precise explanation for why Obama’s numbers are on the rise. A president’s numbers typically rise and fall in line with economic indicators, but not a whole lot has changed on the economic front over the past few months – job growth continues along at a decent clip, but wage growth is just barely staying ahead of inflation. The timing of his approval spike, however, suggests that it might have something to do with how the presidential primaries are shaking out.

On the Democratic side, there’s been no real effort by either candidate to distance themselves from Obama. Quite the opposite, in fact. Hillary Clinton has been running hard on the idea that she represents a continuation of the Obama policy agenda. Bernie Sanders, while more critical of Obama on trade and health care, still makes clear that he broadly supports the president and his policies. Having both candidates embrace the president and promote his agenda helps remind Democrats why they liked him in the first place. It’s a vastly different dynamic from 2008, when the Republican candidates went to great pains to keep their two-term incumbent president at arm’s length, which in turn only deepened his already staggering unpopularity.

Speaking of Republicans, it’s probably safe to assume that their primary is also helping Obama. The frontrunner is galumphing about on the national stage and insulting just about every minority group as he encourages violence at his rallies and picks petty fights with women on TV. It’s all but impossible to take Donald Trump’s chief rivals for the nomination seriously, given that they’ve spent the past several months trying to emulate Trump’s style and policy proposals, making dick jokes, and being Ted Cruz. The entire process has been dominated by petty squabbling, personal attacks, and unguarded extremism, most of it driven by Trump’s Twitter feed. Even if you’re not inclined to be of fan of Obama’s, you probably can’t help but look at the GOP primary and think “well, he’s not as bad as these fools.”

Whatever the explanation for Obama’s surge in popularity, it’s bad news for his Republican critics. The underlying premise of the GOP primary is that the Obama presidency has been an unrivaled disaster that brought the country to the brink of collapse. “This country is running out of time,” Marco Rubio declared at an October debate. “We can't afford to have another four years like the last eight years.” That line was actually borrowed from Barack Obama, who said in his 2008 speech accepting the Democratic presidential nomination: “We are here because we love this country too much to let the next four years look just like the last eight.” The difference, of course, is that it was true when Obama said it – the country was spiraling towards disaster at that point with a bloody quagmire of a war and a weakening economy that would soon implode on itself. But we’re not at that crisis point right now, which is why Obama’s approval ratings aren’t in the toilet the way George W. Bush’s were. And the higher Obama’s job approval rating creeps, the more ridiculous Republicans look arguing that he’s a historically disastrous president.