Garry Shandling's “Comedians In Cars Getting Coffee” episode is a must-see: "What I want at my funeral is an actual boxing referee to do a count" 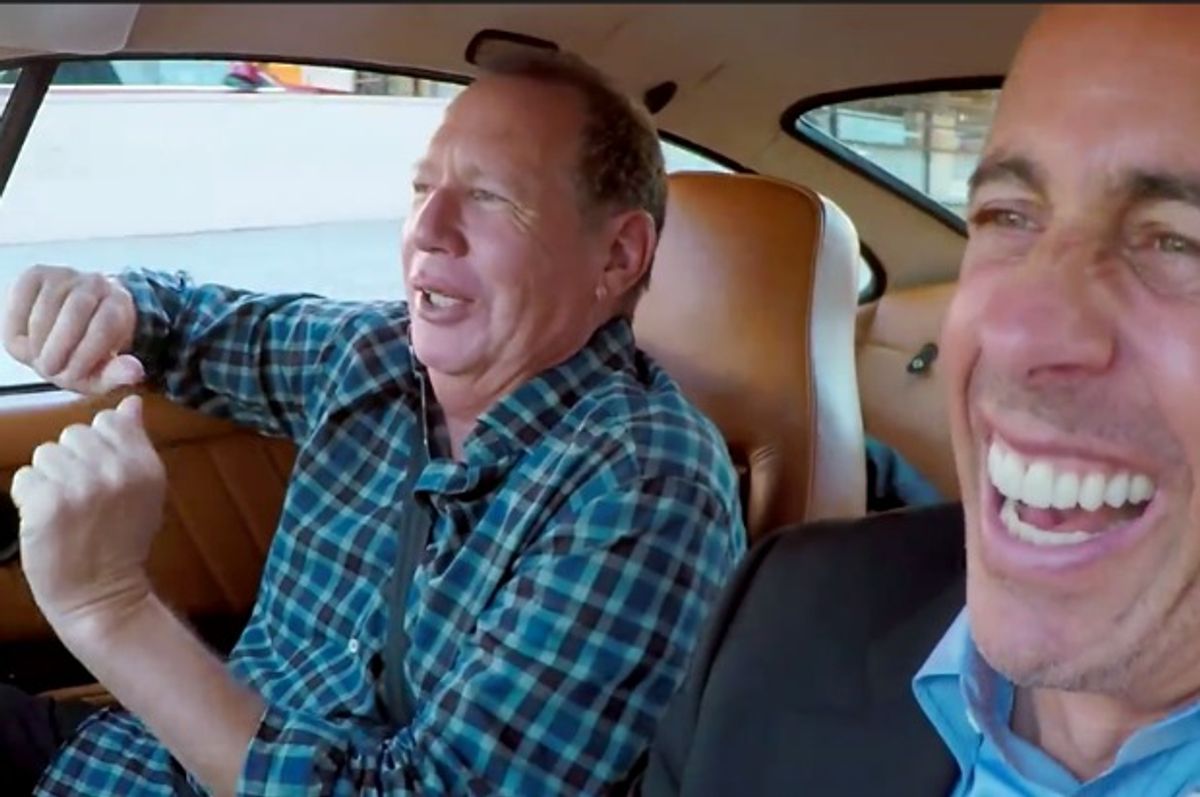 Garry Shandling's unexpected death at age 66 has prompted an outpouring of appreciation for the comedian and actor, best known for his HBO series "The Larry Sanders Show." Shandling appeared on the current season of his old friend Jerry Seinfeld's web series "Comedians In Cars Getting Coffee," and the result is a particularly tender portrait of the late comic. The episode's title, "It's Great that Garry Shandling Is Still Alive," takes on a deeply saddening tone in the wake of Shandling's death.

Shandling and Seinfeld's long friendship goes back to their early days in the Los Angeles standup scene, and the two later shot their sitcoms in neighboring studios. "We have been very good friends for a very long time and our careers have pretty much paralleled most of that time," Seinfeld says in the video. "We were a pair."

The duo's comedic chemistry is evident in the video, as Shandling and Seinfeld effortlessly jump from riffing on Matthew McConaughey to discussing Shandling's background in electrical engineering. They later drop by The Comedy Store to reminisce about their youthful years working for owner Mitzi Shore at the legendary Hollywood club.

The two share a poignant moment as they reflect on mortality and Robin Williams' death. "I realized '63 is so young' is a phrase you never hear relative to anything but death," Shandling said.

But as a dyed-in-the-wool comedian, Shandling can't help but joke about his own death. "What I want at my funeral is an actual boxing referee to do a count, and at 'five' just wave it off and say, 'He's not getting up,'" Shandling deadpans as Seinfeld doubles over in laughter.

Check out the entire episode here.