Robert Bentley's hypocrisy: Alabama governor apologizes for his sex life, but he should also apologize for his sexism and homophobia

Gov. Bentley says he's sorry for having phone sex, but the real issue is his anti-gay and anti-woman policies 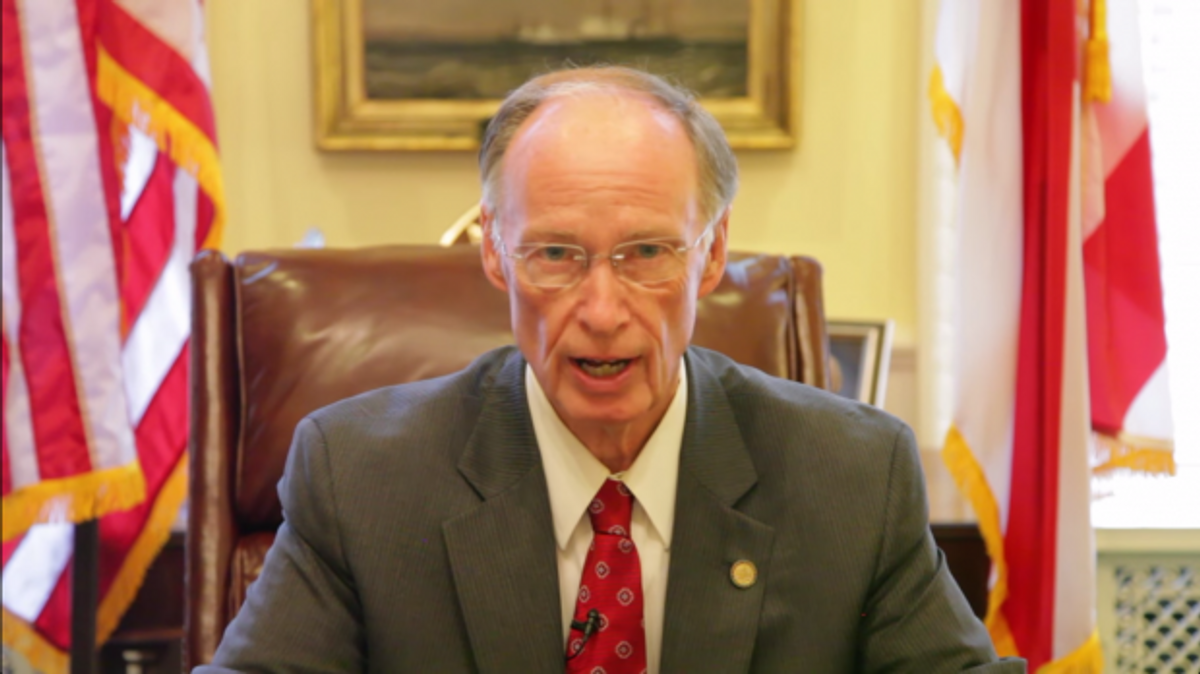 Gov. Robert Bentley of Alabama owes Donald Trump a gift basket. The Republican is caught up in a sex scandal right now, but between the Brussels attack and Trump insulting Ted Cruz's wife, the whole thing has fallen off the front page, or the virtual equivalent of. But it's a story that should be getting more attention, because it underlines so perfectly the sexism and hypocrisy of the the religious right.

Bentley, a grim Puritan straight out of central casting, has long been the center of rumors about sexual infidelity, rumors which got a boost when his wife of 50 years, Dianne Bentley, filed for divorce in August. In March, Bentley fired Spencer Collier, the head of the Alabama Law Enforcement Agency, after allegations that Collier had misused state funds. In retaliation, Collier claimed to have evidence of an affair, long rumored to be the cause of Bentley's divorce, between the governor and his chief advisor, Rebekah Caldwell Mason.

On Wednesday, Bentley admitted that he had said sexy things to Mason, but denied having touched her.

"At times in the past, have I said things that I should not have said?" he said during a press conference, but denied any "sexual activity."

It's a story that is easy to believe, right up until you actually hear the recordings, where Bentley sounds an awful lot like a man describing actual actions he took in the world, literally saying how much he loves  to "put my hands on your breasts" and "putting my hands under you." But the full extent of his relationship with Mason is neither here nor there, as it's clear that even if there was no touching, it was still a sexual relationship. You don't just call up your platonic friends and talk about boob-touching.

But what was aggravating about Bentley's apology is that it fit into a pattern that is becoming all too familiar when it comes to these religious right figures being caught screwing around: The disgraced puritan makes a big show out of how sorry he supposedly is for the sexy times, and asks for forgiveness, usually secure in the knowledge that he'll get it. Bentley knew his lines well.

This little tap-dance, seen before with previous Christian right adulterers like David Vitter and Mark Sanford, is a dark piece of theater that serves only to justify two toxic religious right beliefs: That straight men should be the dominant group and that the society, with the aid of government, should be policing the sexual choices of consenting adults.

It's telling that the one thing Bentley apologizes to the people of Alabama for is the one thing that really isn't their problem: His infidelity. What the governor gets up to in his spare time is not really our problem, so long as it's between consenting adults. It affects his wife and kids and sure, he should apologize to them. But the people of Alabama aren't being denied rights or opportunities because Gov. Bentley likes the feel of his mistress's breast in his hand. It honestly wouldn't be their business, if he weren't a massive, unbelievable hypocrite.

And when I say "massive," I mean it. Bentley is asking for forgiveness for his sexual behavior, but his time in office has been marked by a deeply unforgiving attitude towards the sex lives of anyone who isn't a straight man. This, even though most of the people he targets are having private, consensual sex  that harms no one else, and aren't doing anything wrong at all.

Bentley has been leading the charge in the Republican war on birth control. Back in August, Bentley used the anti-Planned Parenthood hoax videos as a pretext to cut low income women off from birth control and other gynecological care, by banning Medicaid patients from going to Planned Parenthood. A federal judge overturned Bentley's decision, forcing the state to pay for Planned Parenthood's legal fees. That's Gov. Bentley for you: Wasting taxpayer money just to keep as many women as possible from getting birth control.

Bentley has also made it his mission to punish people for their consenting same-sex relationships. As Rachel Maddow explained on her Wednesday night show, Bentley's "administration filed a Supreme Court brief that said marriages between same-sex couples should not even be thought of as marriages, they should be seen as social experiments."

This is what Bentley should be apologizing for: Treating everyone else who isn't a straight man like their private, consenting sex lives that harm absolutely no one are some great evil to be snuffed out by denying them medical care and basic rights like marriage. By apologizing for the sex (or phone sex, anyway), he just keeps pushing the idea that other people's sex lives are somehow a matter of public interest that the rest of us should be policing.

And by refusing to resign, Bentley makes it clear that he is a devotee of the double standard that holds that straight male sex is a minor sin while women and gay men are perverts who need serious punishment. It's clear that Bentley thinks that being mildly embarrassed is punishment enough for a straight man caught having sexytimes. But the rest of us won't get off so easy. We're denied marriage rights, birth control, abortion access, and told we're a danger to our children.

These little apology rituals need to be called out for the patriarchal theater that they are: A little song-and-dance that feigns moral accountability, but is in fact only about justifying social and government control over the sex lives of women and gay people. Men like Bentley only apologize for their sex lives to reinforce the idea that having a sex life is something you need to apologize for. That gives them cover to keep attacking other people while using straight male privilege to get off easy themselves.