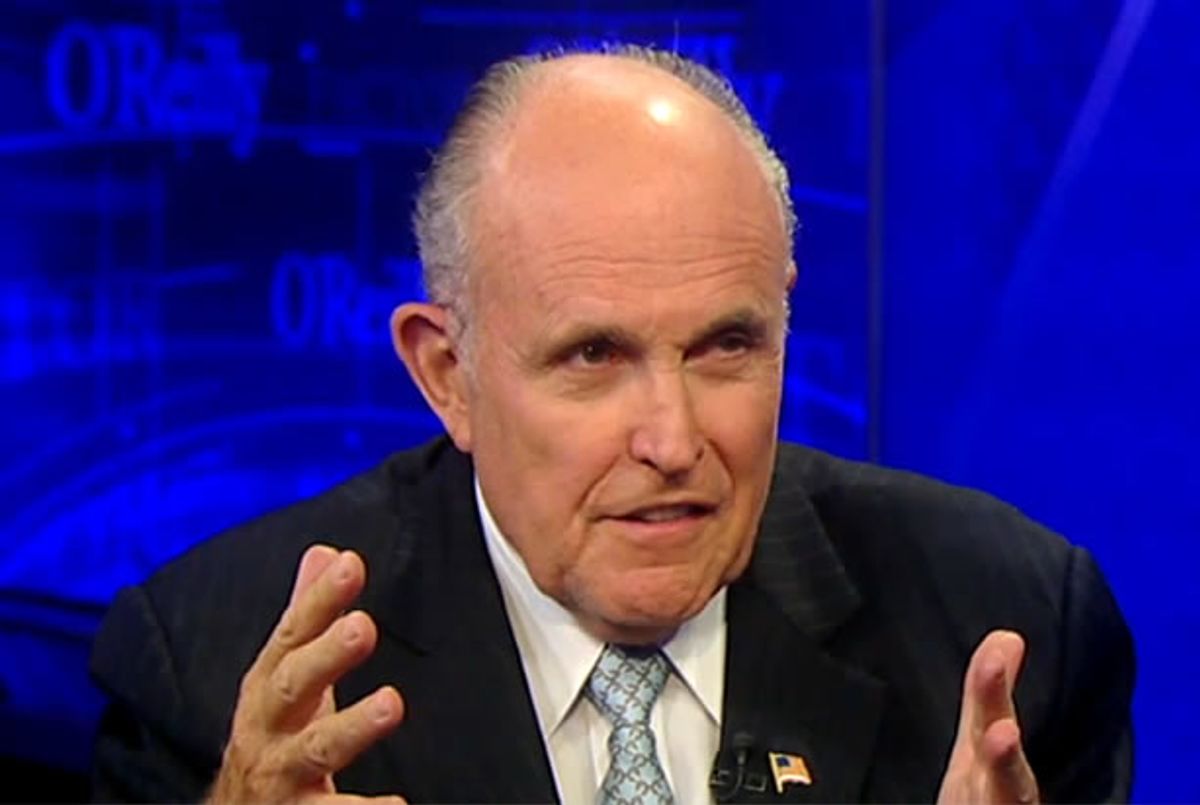 Giuliani, who apparently believes no one remembers that his response to the attacks on 9/11 involved attending as many Mets and Yankees games as was humanly possible, began by accusing President Barack Obama of insufficiently "stand[ing] with Europe" by spending an entire three innings at Tuesday's exhibition game between the Cuban national team and the Tampa Bay Rays.

"What he did yesterday embarrassed me as an America[n]," a pribbling Giuliani said. "To rally our forces against ISIS, you have to come back to the White House and not leave until you have a plan."

He chose this moment to level a novel accusation against Clinton, claiming that she "help create ISIS [and] could be considered a founding member." Giuliani's logic, such as it is, consisted of the fact that "she was part of an administration that withdrew from Iraq and did not intervene in Syria at the proper time."

O'Reilly attempted to be "fair and balanced," noting that "as secretary of state, Hillary Clinton could not force Barack Obama to do anything -- the only thing she could have done was resign."