"The Catch" falls flat: Shonda Rhimes' new show has all the right ingredients, but no sizzle 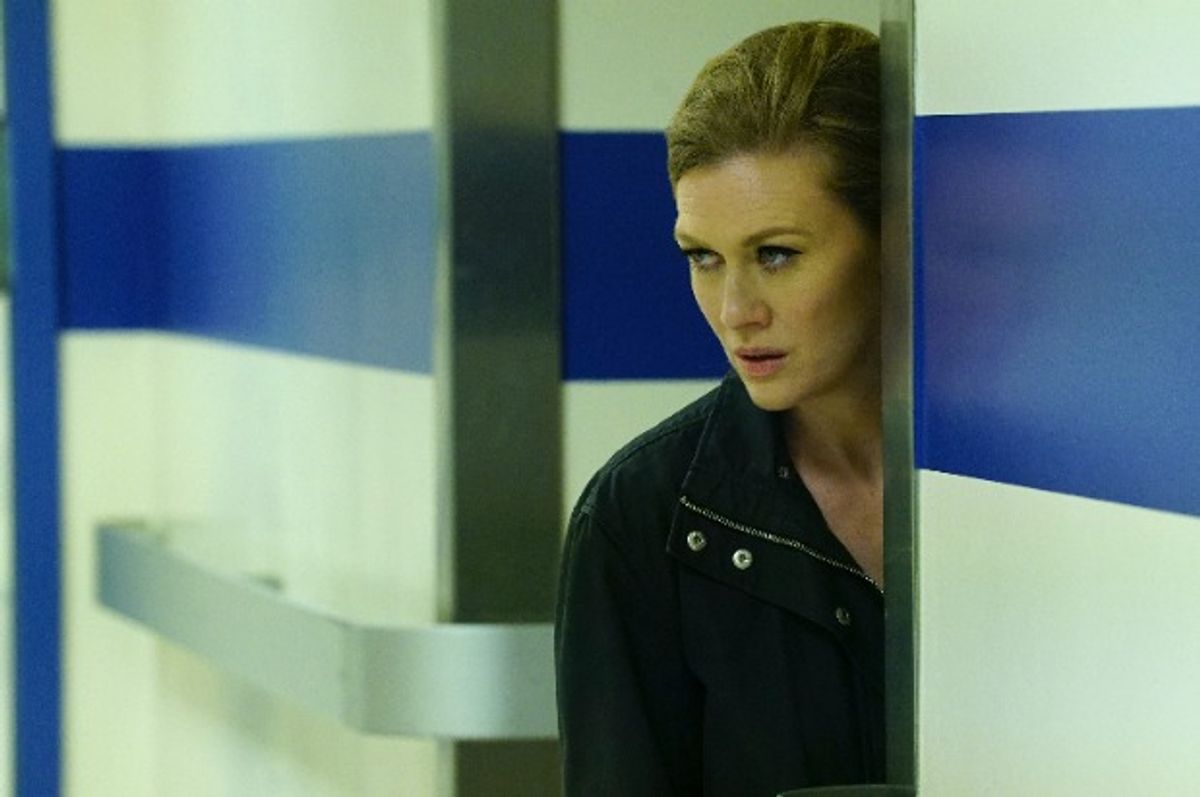 Tonight at 10, TV mogul Shonda Rhimes aims to clinch her legacy with a new drama debuting in the spot recently vacated by “How to Get Away With Murder.” Though Rhimes’ empire is still a juggernaut, neither “Scandal” nor “How to Get Away With Murder” has the ratings strength they boasted even just last year. Shondaland could really use a new, buzzy, exciting hit. “The Catch,” its latest attempt, is not it.

It is unmistakably a Shondaland production, though Rhimes is not the showrunner. (Instead, “The Catch” is helmed by Shondaland veteran Allan Heinberg, who has worked on the questionable later seasons of several shows you probably loved at some point—“Grey’s Anatomy,” “Sex and the City,” “The O.C.,” even “Party of Five.”)

Following the Shondaland blueprint, the cast of workaholics all talk fast and only hang out with each other, cracking performative, character-establishing little jokes about sizzling topics like casual sex and drinking in zippy banter that isn’t quite Sorkinese but is definitely inspired by him. Plot twists are telegraphed through dramatic writing on some kind of surface, whether that’s “Grey’s Anatomy’s" surgical schedule whiteboard or “How to Get Away With Murder’s" scratchy law school chalkboard. Love, and marriage, are nothing more than liabilities. And the female protagonist quivers with barely repressed emotion, which either comes out through Shakespearean monologues and trembling (Kerry Washington as Olivia Pope), voice-cracking raspiness (Ellen Pompeo as Meredith Grey), seduction that quickly shifts to power plays (Viola Davis as Annelise Keating) or some combination of the above (Mireille Enos, as the lead of “The Catch,” Alice Graham).

And yet. Either viewers are tiring of the Shondaland model or “The Catch” is just not a very good iteration of it; I’m inclined to think the latter, given the continued dominance of her reliable medical drama “Grey’s Anatomy.” “Scandal” did better than it ever should have, and is an aging if still lovely beauty; “How to Get Away With Murder” was stunted by a poorly designed premise; and “The Catch,” frankly, should be better than it is, given what it’s working with.

A satisfying nighttime soap opera doesn’t have to make a ton of sense in order to be fun, provided it’s anchored by strong storytelling or strong leads. Look no further than “How to Get Away With Murder,” a show whose premise made for a very anticlimactic and confusing Season 2, but it has the advantage of showcasing one of the best performances on television in the lead role, courtesy of Davis, who won a historic Emmy for best actress in a drama for her first season. Professor Annalise Keating, Esq., could hang wallpaper for 40 minutes a week instead of solving cases or hiding bodies and I guarantee that it would still be compelling.

“The Catch,” unfortunately, reads as an attempt to combine many of the elements of the previous shows into something new and fun without infusing enough originality into it. Partly that’s because the show had a rocky creative start: It was massively retooled following creative differences late last year that rewrote the premise, recast the male lead, and let go the creator, Jennifer Schuur, along with her co-showrunner, Josh Reims.

The result, at least in tonight’s pilot, is a kind of watered-down Shondaland lite, one that goes for something fun and interesting without being able to really deliver it. Enos plays private investigator Alice Graham, who discovers her fiancé is playing her for a long con right after she writes him a $1.4 million check. The details of the con are a bit tortured, but basically, he lied and she’s mad about it, but—of course—he really does love her, and she probably really does love him, she’s just (understandably) really angry and maybe trying to destroy him in the meantime. It’s very “Mr. And Mrs. Smith”—except without having learned from that film that the most interesting part of a premise where the couple is trying to kill each other is just that, the premise. They can’t not-kill each other for very long before it starts to get tiresome, and/or implausible.

It is, legitimately, rather delightful to watch Rhimes’ signature ambivalence around romantic partnership rear its head again here. Following “Grey’s Anatomy,” all of Shondaland’s shows have depicted characters past the rosy flush of youth and innocence, trading on bitterness and ambition and fine, crinkly eye wrinkles instead of hormones and alcohol. Nothing with an aim to please could have quite the cynicism of Gillian Flynn and David Fincher’s “Gone Girl,” but the echoes of it are there. Most of Shondaland’s heroines have a terrible, life-creating back story; in “The Catch,” the pilot depicts that back story, when a woman who never thought she’d fall in love gets her heart broken.

That kind of narrative requires some serious chemistry between two actors. And while Enos is giving it her all—batting those implausibly glamorous eyelashes and smiling bewitchingly—she’s basically working with a brick wall. Mireille Enos comes to “The Catch” via “The Killing,” so she has her own dramatic clout, but her scene partner as her fiancé and enemy is none other than Peter Krause, of “Six Feet Under,” “Sports Night” and “Parenthood” fame—three very different shows in which he was excellent. For some reason, in “The Catch,” he is a human Ken doll. Enos’ Alice is trying to carry the weight of two people in consuming passion for each other; Krause is phoning it in so hard he might as well have a telephone receiver strapped to his head. Enos’ Alice, as a result, comes off far too gullible for a character who should be a hardened investigator; the pilot makes it hard to root for her, when—as a brassier version of a jilted bride—she should be the most sympathetic woman on television. Without the smolder between Krause and Enos, “The Catch” just falls apart, and right now, it is entirely skippable.

And that’s worrying news for Shondaland. Even with its own branded night of programming on ABC (Thank God It’s Thursday) and a history of audience engagement, viewers might not stick around for “The Catch.” And at this point, even if its fans know Shondaland can do better, they might be tired of waiting around for the studio’s next great show.