Watch Sean Hannity lose it, repeatedly, about everything: "I don't need any lectures from you, Jorge Ramos!" 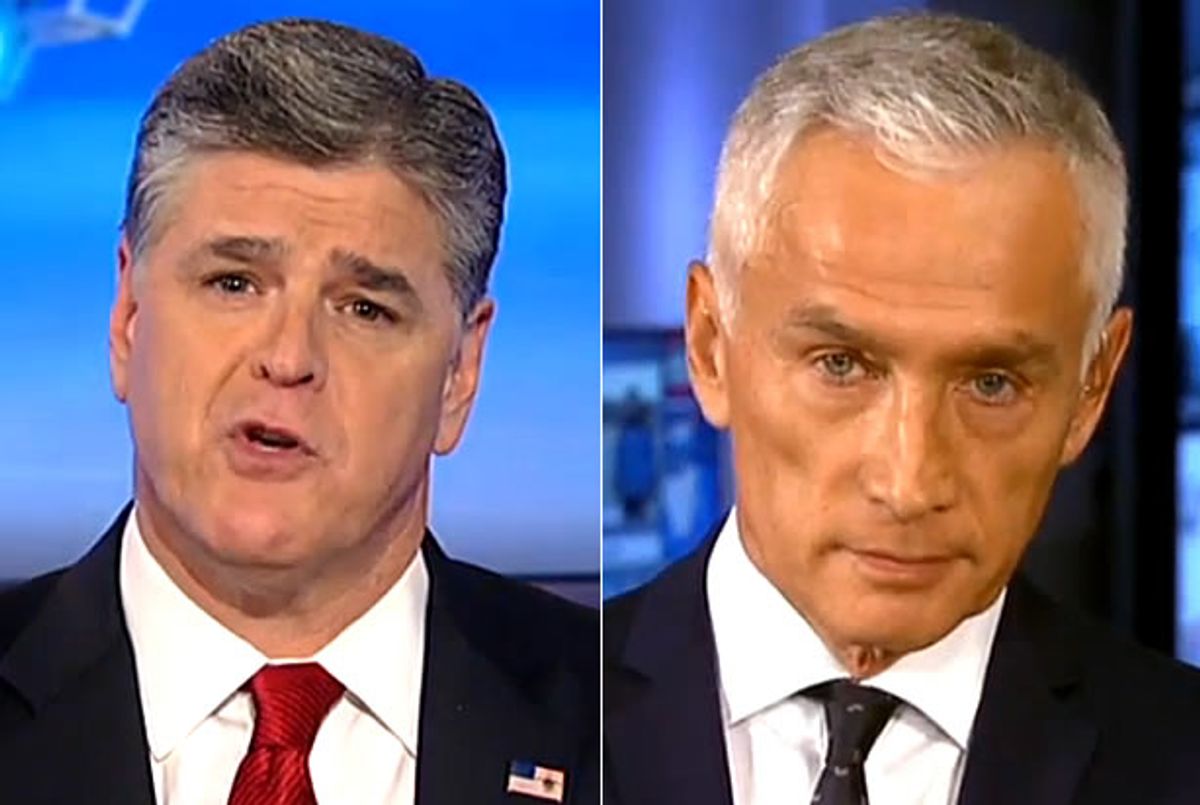 Typically, one invites guests onto one's program in order to humiliate them, not yourself, but Fox News' Sean Hannity got that all backwards Wednesday night when trying to discuss the immigration in light of the Brussels' terrorist attacks with Univision's Jorge Ramos.

At first, Hannity took exception to Ramos -- who was ostensibly on the program to discuss his new book, "Take a Stand: Lessons from Rebels" -- questioning the journalistic integrity the Fox News host patently doesn't have. "You can be much more challenging with Donald Trump," Ramos said.

"Excuse me?" Hannity replied. "I don't need lectures from you!"

"Just because you act like a sanctimonious, objective reporter," Hannity replied, apropos of nothing, doesn't "mean you [haven't] got an agenda. You support open borders. You support illegal immigration. You seem to be willing to risk the lives of Americans." He then accused Ramos of not having watched his program often enough -- as if he would have less evidence of Hannity's awfulness if he watched it more often.

Ramos countered that "I saw your forum on March 9 in North Carolina. You had an hour with Donald Trump, more than 30 questions and comments," and "not even once did you challenge Donald Trump on the largest mass deportations, on banning 1.5 billion Muslims simply because of their religion."

Hannity insisted that "I've asked him that question in prior interviews," and again noted that "if you'd watch my show regularly, you'd have seen that I've asked that question!"

Ramos took him to task for failing to criticize the GOP front-runner on his sexist remarks -- including those made about his colleague, Megyn Kelly. "I don't need your lectures," Hannity replied, "thank you very much."

Hannity then transitioned, not the least bit awkwardly, into a discussion about immigration, saying that Ramos doesn't "care about the 642,000 Texans -- you're taking, wait a minute, you're taking [Trump's] comments out of context."