Bridget Jones is not a millennial: The war over "millennials in the workplace" stories hits peak absurdity

There's nothing wrong with a generational assessment, but can we declare a moratorium on these stories now? 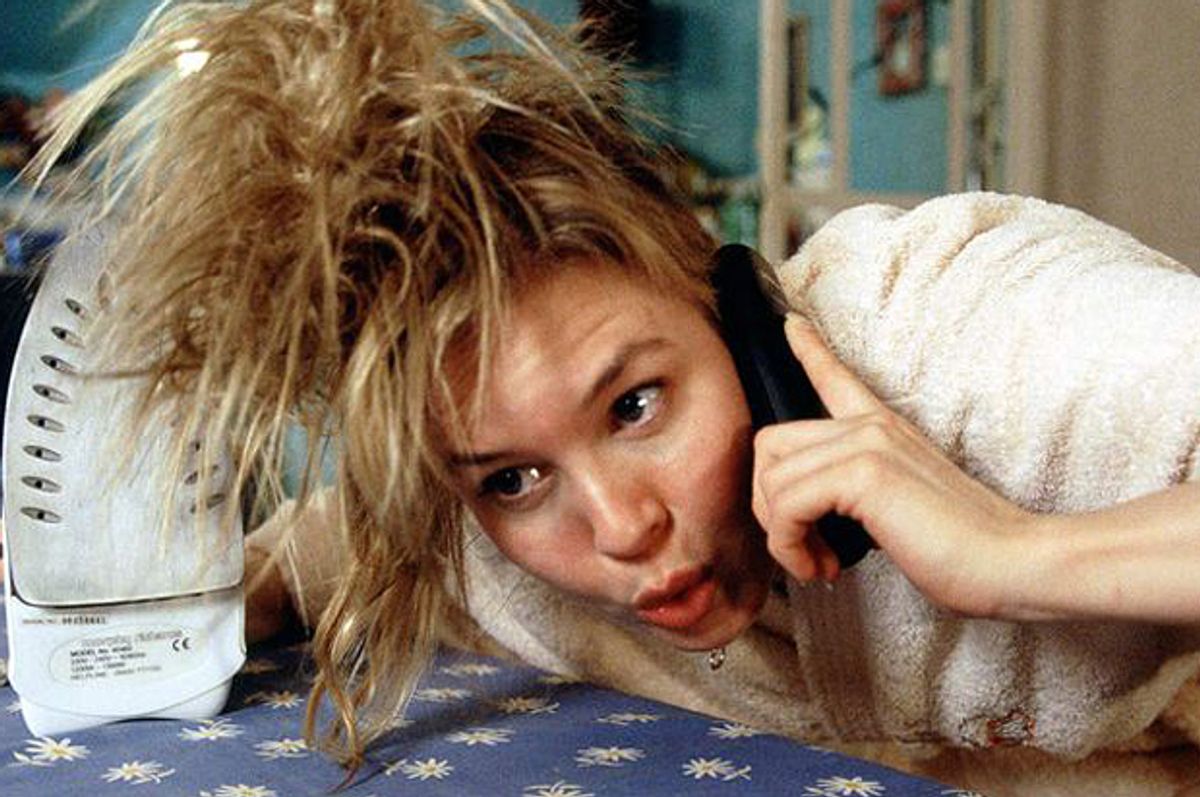 The only topic more controversial this week than the virtues of “Batman v Superman” is the continuing debate over Millennials and think pieces. The backlash against trend stories about people born between 1980 and 2000 goes back at least a few years: A lot of young people are tired of hearing all 80 million of them lumped into the same category and describes as entitled, narcissistic lemmings.

And the backlash means that a New York Times trend story that some people hate has spawned a New Yorker piece that tries to set the record straight, but gets kind of lost.

Unless there’s something that I don’t understand, the New Yorker piece seems to be arguing that young people get unfairly stereotyped, that the Times piece is an especially bad case of it, and that Bridget Jones is a Millennial icon. Some of that is probably true, but why bring in Bridget Jones, besides the fact that the third movie about the charmingly neurotic English singleton has a new trailer?

This round of the war started with an offending story about the workplace of the media site Mic, and how its culture is specifically Millennial. As the piece’s author, Ben Widdicombe, writes:

But he is still working out how to manage many of the traits associated with his fellow millennials: a sense of entitlement, a tendency to overshare on social media, and frankness verging on insubordination.

Mic’s staff of 106 looks a lot like its target demographic: trim 20-somethings, with beards on the men and cute outfits on the women, who end every sentence with an exclamation point and use the word “literally” a lot.

Their crowded newsroom on Hudson Street has an aggressively playful vibe, like a middle-school fraternity house. Some ride hoverboards into the kitchen for the free snacks. Others wield Nerf dart guns or use a megaphone for ad hoc announcements. Dino, a white Maltese terrier owned by the lead designer, snuffles between desks.

In defense of the Times story, the stereotypes don’t originate there. (And some ways, the scene sounds kind of charming and fun.) But Daniel Wenger, a Millennial writing in The New Yorker, argues that the Mic story overlooks the realities of Millennial life – graduating into The Great Recession, living with parents, marrying later. As Wenger writes:

In Widdicombe’s Times piece, he says nothing of these Millennial realities, nor of those native to start-ups: grinding hours, relatively low salaries and potentially valueless equity packages, the gutting of human-resource departments, loose vacation-time policies that discourage employees from being the suckers who actually take any.

Now, this is fair. This generation has had it hard in a lot of ways — their enormously unfair student loan burden, for one, is specific to them. And many of the Millennial trend stories don’t write about the economic issues (including the student loan crisis) enough. (Generation X stories, when they occur these days, often have the same problem.)

But somehow, while the seeds of a real critique are sprouting, Bridget Jones shows up. Now, she may be the symbol of something. She may be a quintessential Gen Xer, for instance. (Though whether it’s the Jones of the Independent column or the novels or the movies complicates things.) She may capture the zeitgeist somehow. Here’s Wenger again:

Bridget’s rudeness is witty, not dour. It isn’t the byproduct of ambition or of an office-culture experiment; it has to do with handling heavy thoughts with a light touch, and being realistic about the difficulties of self-improvement. The key lies in her very particular prose style, characterized by a tendency to drop personal pronouns, in the general manner of a cyborg...

This is the “Bridget Jones” alchemy: two parts overexposure and insubordination, and several parts self-obliterating irony.

This is sharp writing. So I’m ready to hear about how Jones does or doesn’t embody a generation’s hope and pain despite being born into the previous generation, how she’s really a kind of British Lena Dunham, to mention the most frequently cited figure when writing about Millennial culture. But instead we get a great Doris Lessing quote, some strong descriptive writing, and a lot of lost strands. (The article does end well.)

Writing generation-spanning stories is hard, and I don’t mean to assault either of these journalists, both of who make some sharp observations.

The bigger problem with both pieces is that as readers and writers disagree, more and more Millennial think pieces – like mine – are spawned. It’s a bit like coverage of Donald Trump: There's no clear way to address the fact that the topic is overexposed without adding to it.

Almost two years ago, Alexandra Petri wrote a funny Washington Post piece in which she hoped and prayed that we’d reached the peak of millennial trend stories. But it seems like we’re just getting started.

Oh – and by the way. Bridget Jones is not a Millennial.