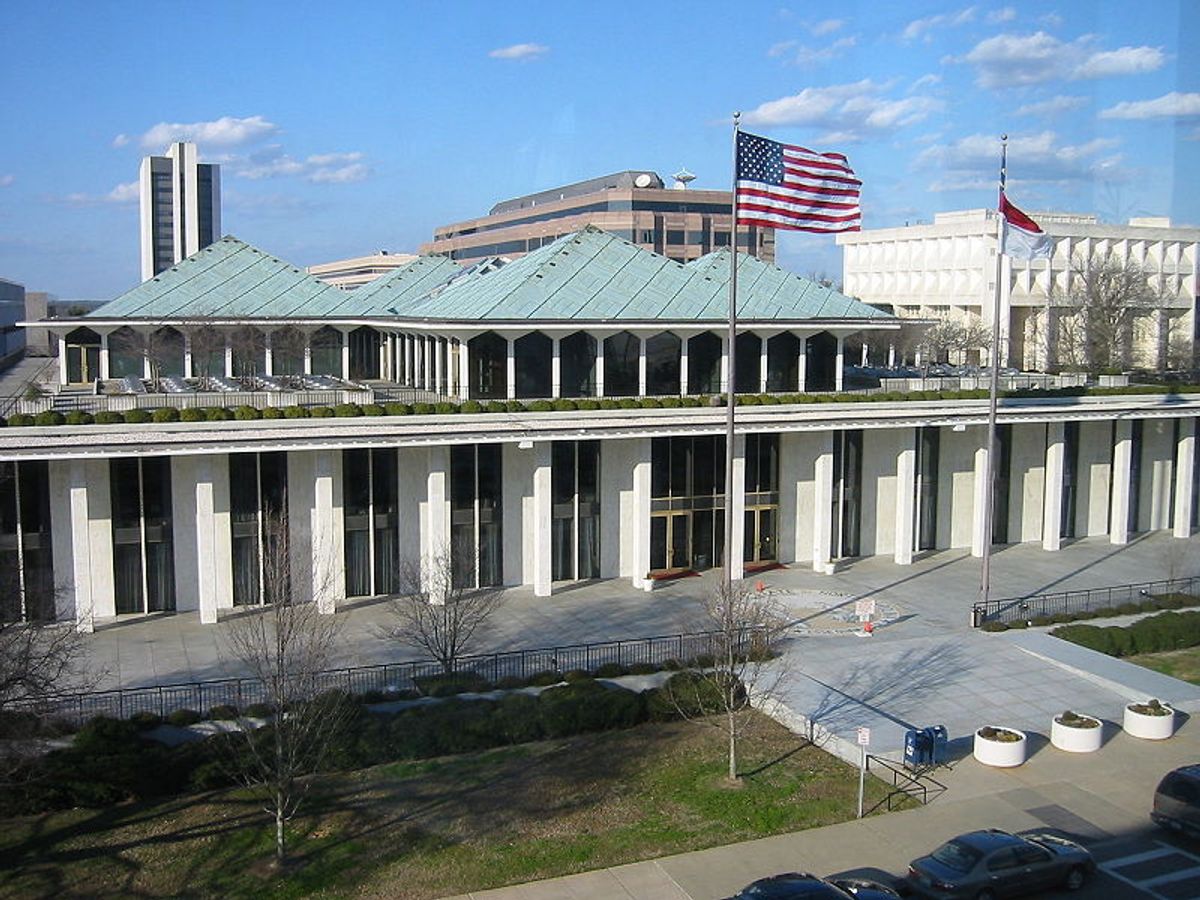 All blatantly bigoted laws are repugnant, but some feel more repugnant than others. So it was with North Carolina, whose legislature just passed a breathtakingly hateful law targeting its LGBT residents.

House Bill 2, also known as the "Public Facilities Privacy and Security Act," is notable mostly for the sheer breadth of its discriminatory intent. It takes the by-now-familiar tactic of barring trans people from using the bathroom that aligns with their gender identity and adds to it a blanket ban on any locality's attempt to craft anti-discrimination laws for LGBT people. (The bill was drafted in response to the institution of just such an ordinance by the city of Charlotte.)

State legislators were so eager to pass the bill that they held a special session for the first time in 35 years. Governor Pat McCrory immediately signed the bill into law.

That the bill, and all others like it, is odious and likely unconstitutional is very clear. It seems inevitable that the Supreme Court will be weighing in on the matter before too long. In a broader sense, though, the new rash of anti-trans and pro-discrimination laws popping up as a timely reminder of the persistent danger posed by bigots who don't give up.

It's no accident that this wave of legislation has arrived just when the last major LGBT rights battle—same-sex marriage—has ended. Hating queer people is a full-time job. Faced with the defeat over marriage, and the widening acceptance of LGBT people more generally, anti-queer forces everywhere have found new battles to fight, and new communities to scapegoat. Now that open hatred of gays and lesbians is more frowned upon, trans people are being targeted ever more specifically. There are anti-trans bills pending in at least seven states, and similar measures failed to become law in South Dakota and Tennessee only after robust activism. A bill currently circulating in Kansas even suggests that students who see trans people in their bathrooms should be awarded $2,500 for emotional distress if they sue their school—a provision that would obviously put trans students in significant peril.

It is also no accident that these bills all seem very concerned with bathroom etiquette. After Houston's residents responded to transphobic scaremongering about the threats to their bathrooms by enthusiastically repealing the city's anti-discrimination laws, a sea of horrible, disgusting ears must have perked up across the country. Methods of hatred can trend just as much as anything else. Anti-bathroom bills are now in fashion, and why not? It's an easily conveyed, scary-sounding myth that exploits people's lack of familiarity with trans people to great effect.

When these moral cretins aren't hard at work peddling dangerous myths about trans people, they're trying to sign discrimination into law through the side entrance known as "religious freedom." Recent Republican debates have been filled with anguished discussions about the horrors befalling good Christians who just want the right to treat queer people as sub-human. Right now, Georgia is awash in controversy over an anti-gay religion bill.

Taken together, these anti-LGBT movements underscore the dedication that such fanatics have to their cause. People always find new methods of hate. They adapt. They evolve. They move from battle to battle. They don't stop trying. Sometimes, as with North Carolina, they succeed, and succeed big time. Watching all of this unfold is an excellent way to remind yourself that some people really are that terrible, and that complacency when it comes to fighting for civil rights is never an option.