Hillary leads to more war: Her latest speech on Israel is just the newest horrific example 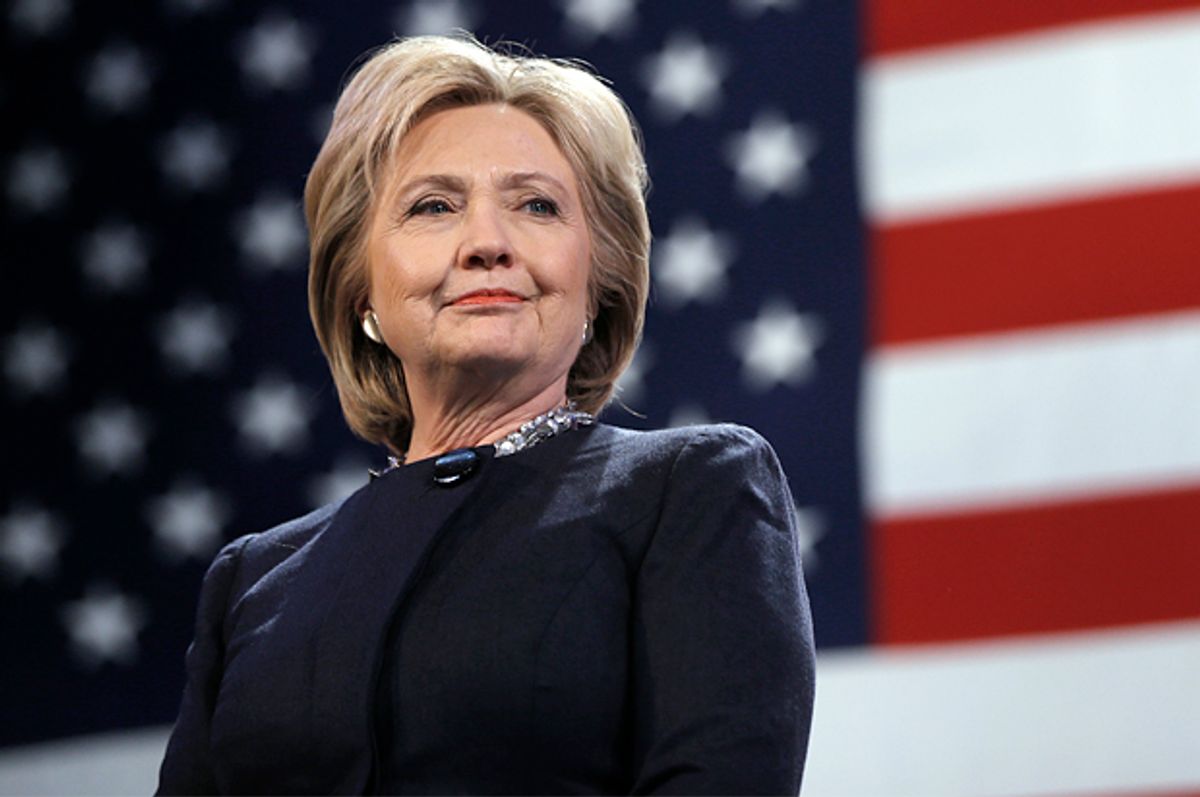 Hillary Clinton just gave one of her clearest statements of her foreign policy agenda in the Middle East, and by extrapolation around the globe, and it isn’t a pretty picture—not for Jews or anyone else.

She vowed a stronger relationship between the U.S. and Israel, saying she’d invite Netanyahu to the White House. She stated that "[a]s president, I will make a firm commitment to ensure Israel maintains its qualitative military edge. . . The United States should provide Israel with the most sophisticated defense technology so it can deter and stop any threats. That includes bolstering Israeli missile defenses with new systems like the Arrow Three and David’s Sling. And we should work together to develop better tunnel detection, technology to prevent armed smuggling, kidnapping and terrorist attacks."

Let’s be clear about one thing: ensuring that Israel can continue its unlawful and immoral expansion of West Bank settlements, destruction of Palestinian homes and land, and the like is no way to support Jews. That is like giving an addict their drug of choice as a way to help them, when in fact it is only pushing them further into their unhealthy behavior, almost ensuring no way out. Providing Israel with even greater means by which to enact their horrific policies and violence against Palestinians will only ensure the spread of anti-semitism around the world and make Jews less safe, not more. Too many people already believe that Jews control the sources of power in our country (you only have to read tweets in support of Donald Trump to see this).

And Hillary’s promise to keep Israel safe is indicative of her hawkish style more broadly around the globe. Her support of the coup in Honduras, the overthrow of Gaddafi in Libya and her uncritical support of Saudi Arabia are just a few examples of what we can expect from Clinton’s foreign policy. When you rely on Henry Kissinger, a war criminal, to back you, you should know you are on the wrong side of history.

Perpetuating imperialism around the globe is a scary proposition for all of us. Jews have a particular responsibility to stand up against imperialism and violence—we know all to well how it ends, and it’s not pretty. Rather than give blind support to Israel, a true ally would critique and challenge the government’s approach and policies. A true friend would push Israel to follow the commands of the Jewish teachings to “love the stranger as yourself, because you were once strangers in the land of Egypt.” In other words, don’t forget where you came from—not as a call to enact violence and power over (as the call to “Never Forget” the Holocaust seems to be these days), but rather as a call to humility, to caring for the “Other,” to justice and peace. It is this we need to never forget, and we need our allies to help remind us and to promise that they will help ensure the safety of Israel and Jews -- our safety will come from being generous and caring and not from being violent and destructive.

It is time to forge a new path to homeland security, both in Israel and in the U.S., and that path is not by following the failed efforts of the past to control, dominate and bomb others into submission, but rather, through acts of generosity, care and concern for the well-being of all. Hillary will not forge this new path.