Tulips and pancakes and other Easter miracles: My Jordanian dad didn't quite get Easter, but the similarities between Lent and Ramadan moved him tremendously

Most holidays were a Jordanian-American mashup, but Dad was happy to leave Easter to his Catholic mother-in-law 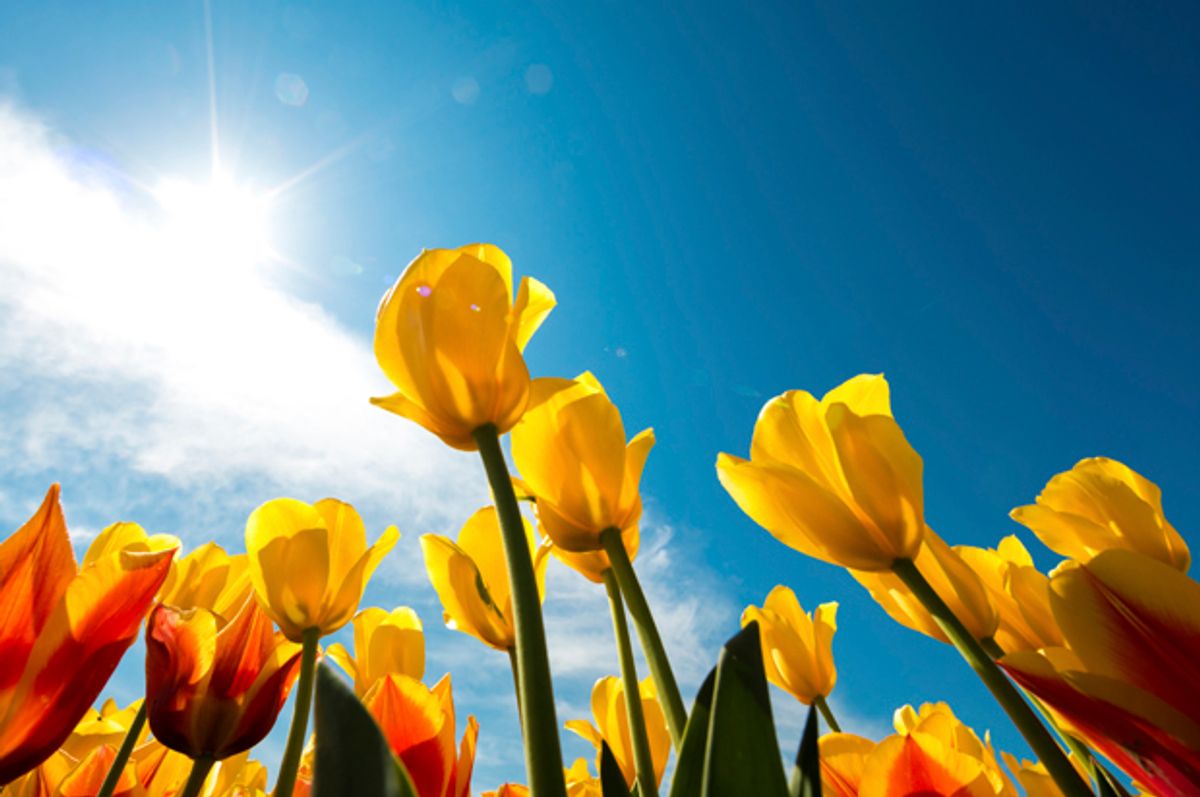 It wasn’t surprising that my Jordanian immigrant father was confused by Easter. Dad had a unique way of looking at things—it was partly a result of cultural differences, but it was also, largely, well, just him. He’d been known to refer to Santa Claus as “the holy man.” And, for some ineffable reason, he’d also decided that the Easter bunny was “tricky.” While Santa was clearly tied to rituals around good and bad behavior, to Dad’s mind there was something enigmatic about this rabbit that delivered those child-crazying baskets of sugar.

Easter, however, was hugely important to my grandmother. While Mom was more of a recovering Catholic, her own mother remained fiercely dedicated to her faith. Dad was impressed by his mother-in-law’s devotion. Perhaps that’s why, while other holidays were Jordanian-American mashups featuring pine nuts in the stuffing and falafel next to the fried chicken, Dad gave Gram full reign over Easter: it was her roast beef and button mushroom gravy, her malted milk eggs in the baskets; her Catholic Mass on Easter Sunday.

Each year we faithfully made the seven-hour drive from Central New York to my grandmother’s apartment in New Jersey. It felt like we’d performed a bit of a miracle: While it was still snowy-cold in Syracuse, in Elizabeth, the first crocuses were opening.

Dad pointed out the parallels he saw between the fasting days of Ramadan and those of Lent. And the Muslim fast is followed by a time of feasting, new clothes and visiting, much like the colorful celebrations of Easter. Both traditions contain this sense of rebirth, springtime. These similarities moved my father enormously: He used to tell us that he didn’t care which faith we adhered to, as long as we believed in something larger than ourselves.

Every Easter morning, my sisters and I discovered our hidden baskets, and Dad carefully expressed astonishment: “Ya’Allah!” he’d cry. “The trickster has done it again.”

One year, moved by some nostalgic inspiration, Dad asked his mother-in-law—shyly, humbly—if he might make the traditional celebratory pastry called atayef.

“How interesting,” Gram’s voice was bone-dry as she watched him spoon batter in a skillet. “Pancakes for dessert.”

Gram was the family baker, Dad was the cook: These were the lines of their feud and their identities, as far apart, it seemed, as Jordan and New Jersey. But Dad would often surprise us, producing some ability or depth that we hadn’t imagined. Rather than pleasing Gram, however, this usually disturbed her, convincing her yet again that he was untrustworthy, not quite what he seemed. When Mom and Dad announced their engagement—the family story went—Gram asked for a photo of Dad—she wanted to show it to her parish priest to prove my father wasn’t black.

However, Dad was in fact brown, so she was still disappointed.

Atayef cakes look rather plain on the outside but the inside is pure revelation. They turned out sugar-light and evanescent, wrapped around a creamy filling scented with rosewater. Gram bit into one. Her features lifted with delight: She ate the atayef in two bites. But after her third, her face darkened. “I’ve known this man for 18 years, and this is the first time he’s made me these pancakes.” She stormed from the room.

That afternoon, sulking, Gram skipped the annual jaunt to nearby Warinanco Park. Still, the rest of us wouldn’t miss it. Back home, seven hours up Route 81, our neighborhood still slept under a foot of snow. But in Warinanco Park, a grand round garden of tulips flamed and rippled with color. This was the miracle I was looking for. The tulips and the pancakes.

“Ya Allah!” Dad cried out in satisfaction. “The trickster has done it again!”

Watching my father bury his face in the flowers, I knew that indeed he had.

Diana Abu-Jaber is the author of "Arabian Jazz" and is writer-in-residence at Portland State University.