"I’m practical enough to realize it is not going to happen,” Weiner tells Huffington Post of another comeback 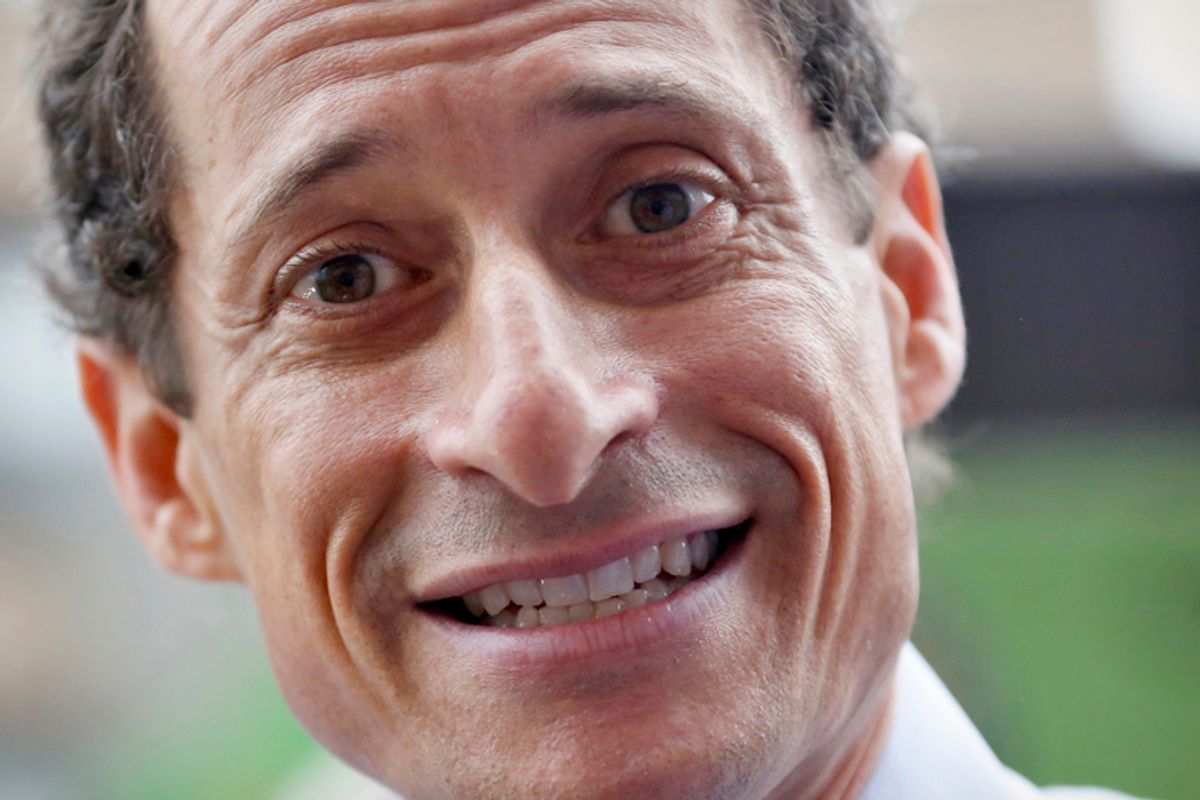 Former congressman and New York mayoral candidate Anthony Weiner says he won't be running for office again anytime soon, but boasts that his ability to win elections is still second to none.

“I’m probably the best campaign politician you’ll ever interview. I mean, I’m like perfectly evolved. I’m like the Arnold Schwarzenegger, Terminator,” Weiner told Huffington Post's Candidate Confessional podcast, as reported by the New York Daily News. “I love it. ... I’m just really good at it and take great joy in it.”

Weiner demonstrated his electioneering skill by winning seven terms in the U.S. House of Representatives, but his most recent campaign to become New York's mayor ended in failure. The mayoral race was intended to serve as Weiner's big comeback after an extramarital sexting scandal spurred his resignation from Congress in 2011. Weiner led in the polls early in the campaign, but the revelation of additional online affairs proved too much to overcome.

Weiner said that when he decided to enter the mayoral race, he knew the details of the second scandal were lurking and would possibly emerge, leading him to feel "perpetual anxiety" during the campaign. “It’s kind of like PTSD,” head said. “I knew that behind the headline could be this hammer that could come down on me.”

Eventually, the hammer did come down. Lurid messages between Weiner and a young woman named Sydney Leathers were published online. “I obviously knew it was bad,” he said. Weiner's campaign collapsed in the wake of the scandal.

Weiner was captured on video arguing with a voter in a Brooklyn bakery. “Actually, that moment, I felt very good. That actually had a weird cathartic sense, like I’m just getting in some guy’s face and telling him to go fuck himself,” Weiner said of the confrontation. “I had this ‘Bulworth’ sensibility at some moments toward the end where I just felt somewhat like, let me just say whatever I want to say.”

Weiner said that another comeback attempt is unlikely: “I would be a better elected official than a lot of these people are, but I think I’m practical enough to realize it is not going to happen”