In a letter to her longtime friend, Lee dumped on the Atlantic City casino as only a bestselling author could 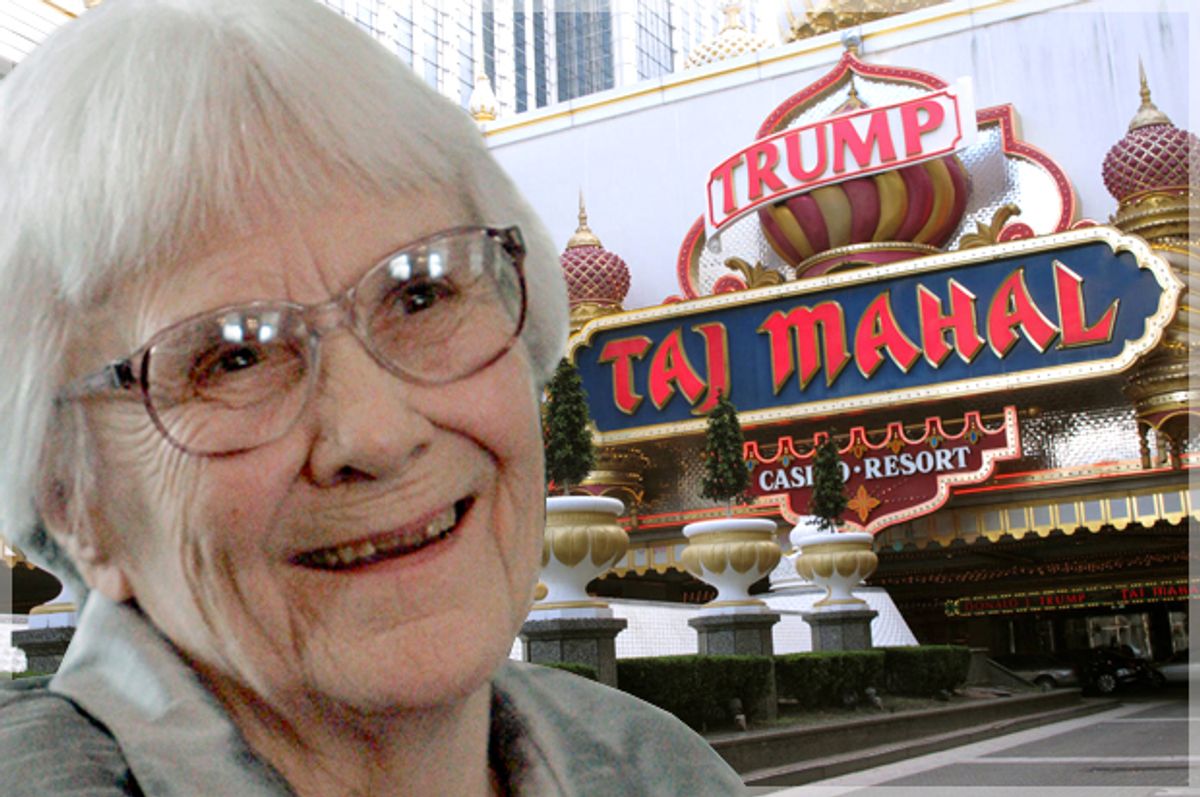 In a signed letter — among 29 set to be auctioned off in Los Angeles — "To Kill a Mockingbird" and "Go Set a Watchman" author, Harper Lee, beautifully thrashed Trump Taj Mahal casino in Atlantic City, New Jersey.

Lee had been dragged there by friends during a tour along the Jersey Shore, according to the New York Post. Whereas some might say the fluorescent, gold-plated casino "sucks," or perhaps that it's overcompensatory, Lee harnessed more poetic means to reach the same general end.

"The worst punishment God can devise for this sinner is to make her spirit reside eternally at the Trump Taj Mahal in Atlantic City," she wrote in an Aug. 25, 1990 letter to Doris Leapard, of Tuscaloosa, Alabama.