How to beat the right: The gay rights victory in Georgia shows the power of fighting conservatives' bad-faith arguments

Gay rights activists refuse to buy disingenuous arguments over "religious freedom", and their strategy is working 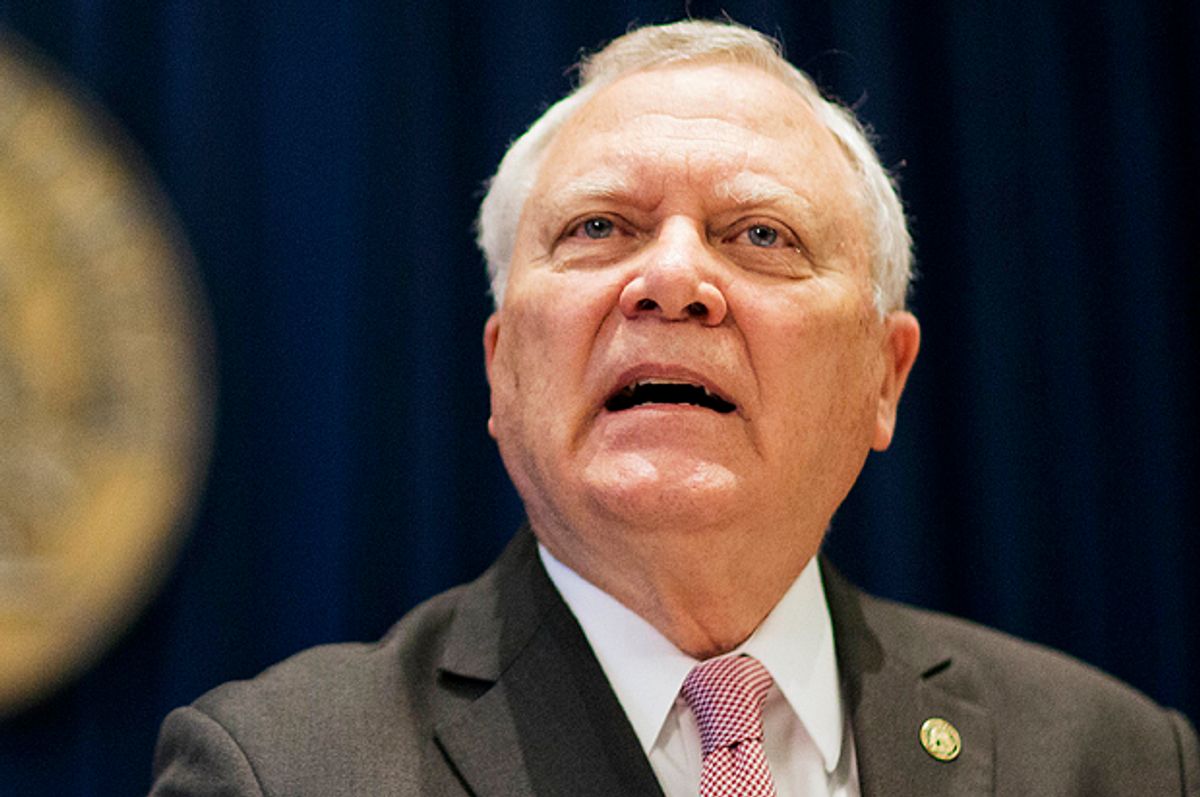 The modern conservative movement is built on a foundation of bad faith. Whatever they're up to, the one thing you can guarantee is conservatives will rarely, if ever, admit their actual motivations. Bigotry and selfishness are wrapped in a package of phony good intentions.

And so on and so forth. It's actually easier to list the times when conservatives admit their true  motivations than to make endless lists documenting the mendacity.

The reason for this isn't hard to guess. Calling out lies is a tricky business, especially lies about something as impossible to prove as someone's motivations. But this week showed how valuable it is to stand up to bad-faith arguments and refuse to let conservatives get away with portraying their bigotry as something other than what it is.

Gov. Nathan Deal of Georgia is vetoing a bill designed by Republicans to protect and encourage those who want to discriminate against and harass LGBT people. As is their habit, conservatives aren't admitting that is what the bill is designed to do. Instead, they're portraying the bill as a "religious freedom" bill, claiming that businesses should be allowed to fire or refuse service to LGBT people for "religious" reasons.

It's all nonsense, of course. Conservative support for the notion that religion is a get-out-of-obeying-the-law card is extremely selective, only aimed at giving that right to people who have anti-gay or anti-woman beliefs. But the bad-faith arguments about "religious freedom" have been effective at passing similar laws in other states.

In Georgia, however, conservatives failed to spin this bill as nothing more than innocent protection for religious believers. Deal even admitted in his public statement that this was a pro-discrimination bill, saying, "I do not think we have to discriminate against anyone to protect the faith-based community in Georgia of which I and my family have been part of all of our lives."

So what happened? The cynical view, of course, is "money talks", specifically Hollywood money. And it's true that Deal caved under pressure from many corporate interests, especially in the entertainment industry, that said they would pull business from the state if this law passed. Disney, Time Warner and the NFL have all threatened to take their business elsewhere if Deal signed off on this law.

But there's more to this story than money. Most of these corporations are notoriously controversy-averse and if there was any sense that people were buying the "religious freedom" defense of this law, it's doubtful than any of them would have weighed in. The fact that all these companies weighed in showed that the right's "religious freedom" narrative isn't sticking very well, and the liberal — and true — story, that this is about homophobic discrimination, is the dominant narrative.

This victory shows the power of refusing to play the conservative game. From day one, gay rights activists and their allies in the liberal media have been quite clear that "religious freedom" is a fig leaf, and a particularly flimsy one at that. The bill is anti-gay, full stop. There's no reason to play along with the charade that there's some kind of conflict of rights. The conservatives posturing about "religious freedom" was called out repeatedly for the posturing that it is.

Because of this, Georgia conservatives never really got their bullshit "religious freedom" framing into the press. The headlines regarding this story show how simply refusing to engage bad faith keeps the important issues front and center. Sure, there's still some cowardly headlines, at outlets like The Washington Post and Reuters, that suggest there's some legitimate controversy over religious freedom at stake here, but overall, the reader gets the strong impression that gay rights are the central issue here, not "religious freedom."

The lesson here is a straightforward one: Don't let the right push bad-faith arguments. It can be tempting at times to engage a bad-faith argument, and try to defeat it on its own terms. But it's more effective, by far, to take a dismissive view of arguments offered in bad faith.

The same lesson can be applied to other issues. Instead of trying to argue with anti-choicers about when life begins, for instance, it is more helpful to point out that "life" is a fig leaf for anti-sex and anti-woman views. "Voter fraud" isn't a real problem, but conservative attacks on the voting rights of racial minorities sure is. Does anyone seriously believe climate change is a hoax, or is that just a nonsense narrative they spin out in order to justify an unwillingness to do anything about it? It's definitely the latter, and we should not be afraid to talk about this issue in those terms.

Learn from the gay rights community. Bad-faith arguments lose power when you refuse to take them seriously. If you refuse to give ground on this, you might even get a Republican to admit to their true motivations, as Nathan Deal did when he gave the game away by admitting this bill was about discrimination.