They'll have to leave their guns at home: Secret Service says Republican National Convention will not be open-carry utopia

The bipartisan petition (with different motives) was shot down Monday 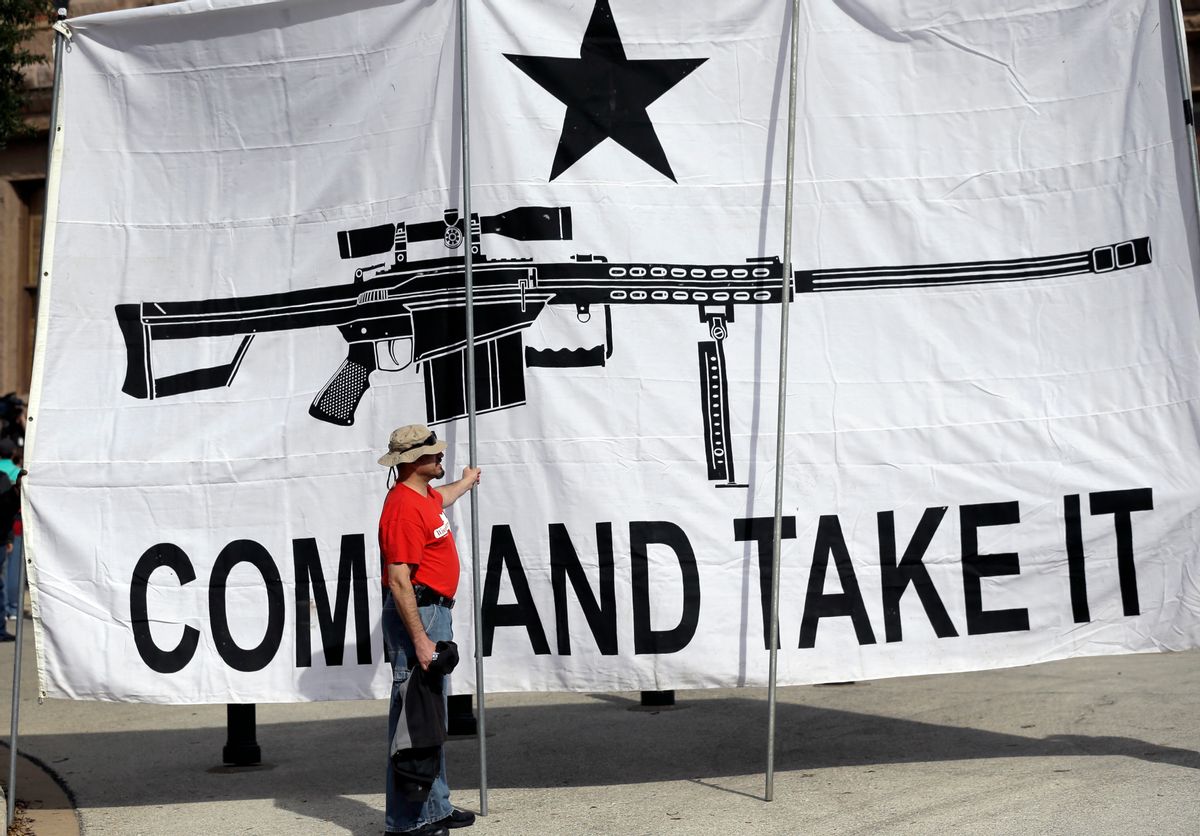 A "Come and Take It" banner at a rally in support of open carry gun laws at the Capitol, in Austin, Texas in 2015 (AP Photo/Eric Gay, File)
--

In response to a 44,500-signature petition to allow firearms at the Republican National Convention, the Secret Service announced Monday that it would be putting the kibosh on the movement.

The petition to allow guns into the Quicken Loans Center in Cleveland, Ohio, an open-carry state, originally posted to Change.org, is believed to be satirical, but no less garnered widespread support and attention.

"Cleveland, Ohio is consistently ranked as one of the top ten most dangerous cities in America," the anonymous petition argues. "By forcing attendees to leave their firearms at home, the RNC and Quicken Loans Arena are putting tens of thousands of people at risk both inside and outside of the convention site."

Enforcing the ban in a statement to a local Cleveland outlet, ABC5, the Secret Service cited Title 18, U.S. Code Sections 3056 and 1752, which, "provides the Secret Service authority to preclude firearms from entering sites visited by our protectees, including those located in open-carry states."