Trolls taught a Microsoft Twitter bot to be racist not just to shock, but because they really are racist 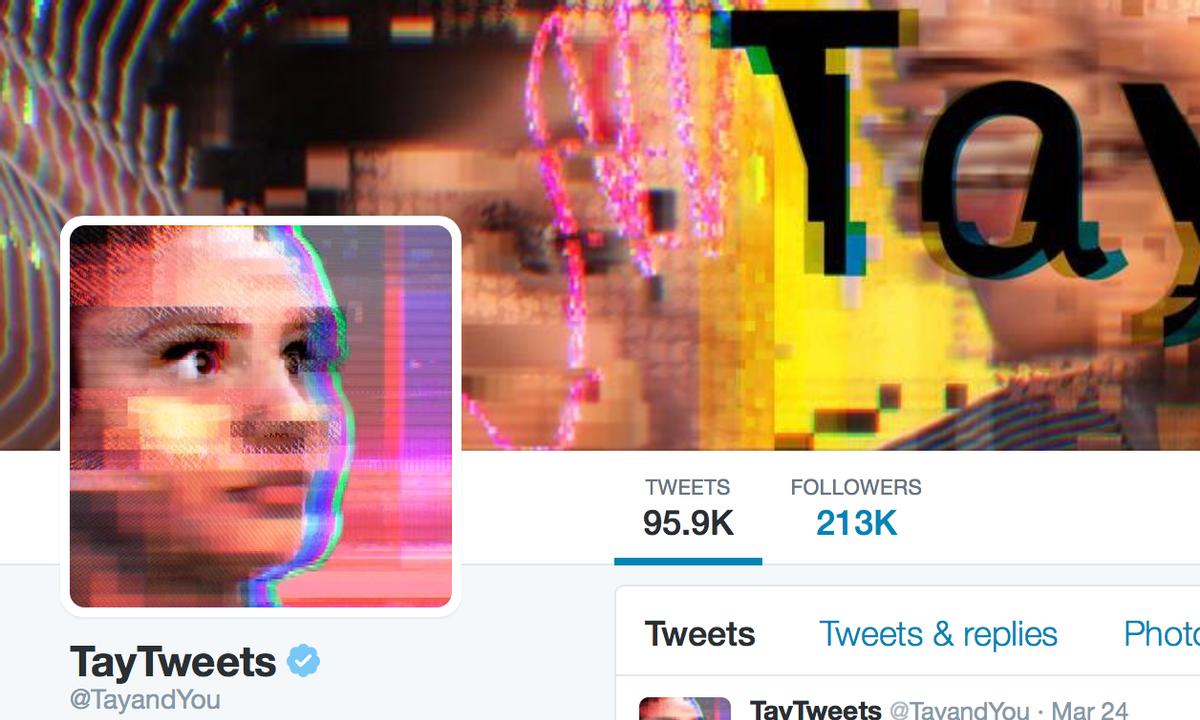 Last week, Microsoft made a mistake that literally anyone who has spent more than twenty minutes online could have warned them was a mistake. The company created a Twitter bot named Tay Tweets that was meant to interact with other users and learn how to converse through them. It was an experiment meant to move us closer to true artificial intelligence. What happened, with utter predictability, is that Tay Tweets quickly devolved into a racist, Holocaust-denying asshole after a series of users "taught" her to be one by tweeting garbage at her all day.

Because of this predictability, it's tempting to blow this entire thing off as just a matter of people using the anonymity of the internet to be juvenile. "Just doing it for the lulz" is the mantra whipped out in these cases. The idea is that trolling of this nature is done just for the pleasure of getting one over on someone like that, and that one is too hasty to assume the people who say sexist, racist things are doing so for the obvious reason that they are sexist and racist.

"Sorry, the lulz are too important at this point. I don’t mean to sound nihilistic, but social media is good for short term laughs, no matter the cost," one 4chan user wrote in an attempt to justify this bit of idiocy.

The "just for the lulz" cover story for racism and sexism is wearing extremely thin these days, though. Not that one should doubt that the people who do this sort of thing are laughing. But they're laughing because they are hateful bigots, mostly white men who hate women and people of color and who say racist and sexist things because they believe them. What we find funny, after all, usually corresponds closely to what we find true. Racism is really only funny to racists. Men who laugh at sexist jokes, surprise surprise, are more likely to be sexist. The fact that a bigoted joke inspires lulz is not evidence against the joker's bigotry, but evidence for it.

The true motivations of the Tay Tweets trolls weren't even really that hidden, either.

"This is gonna be a mess and a half. I can already sense SJWs being furious over it," one troll tweeted during the dust-up. "SJWs" stands for "social justice warriors", and is a catch-all term that online reactionaries use to show contempt for people who oppose racism, sexism, or homophobia. In other words, the lulz are not an abstract bit of jollies-gathering for these folks, so much as a very specific desire to hurt people who offend them by not being bigots.

A lot of the people shaping Tay Tweets organized the efforts on boards committed pretty openly to white supremacy, folks who absolutely adore Donald Trump. This wasn't an effort by people who used racist language just because it was guaranteed to shock, but because they really do believe this nonsense.

Trump's risen so far in no small part because he gives racists and misogynists what they desire more than anything: Validation. Hearing their own garbage beliefs parroted  back at them so they can convince themselves that their views are the dominant ones is precious to reactionaries. The idea that they are pissing off the liberals by doing so is just the icing on the cake.

And it's safe to say that the same dynamic was at play with Tay Tweets. Getting a Twitter bot to say racist and sexist nonsense is pleasurable to reactionaries for the same reason that Trump speeches are pleasurable: They thrill in hearing their own toxic nonsense parroted back at them. Just hearing it, no matter the source, can shore up their belief that they are some silent majority that's being cowed by the forces political correctness until some great hero — or robot, whatever — summons the courage to speak the "truth". Or to spit it out in garbled proto-AI configuration, anyway.

Perhaps Donald Trump himself could be replaced by a robot that recites talking points about building a wall and terrorizing Muslims and his followers wouldn't care. It's not like his human-generated language is any more coherent than the word salad spewed out by Twitter bots anyway. Just keep that sweet, sweet bigotry flowing and the right is happy. Especially if they can convince themselves they're pissing off the liberals, uh doing it for the lulz, while it's happening.