A new report shows that while TV might be more inclusive, it still doesn't know how to let queer characters live 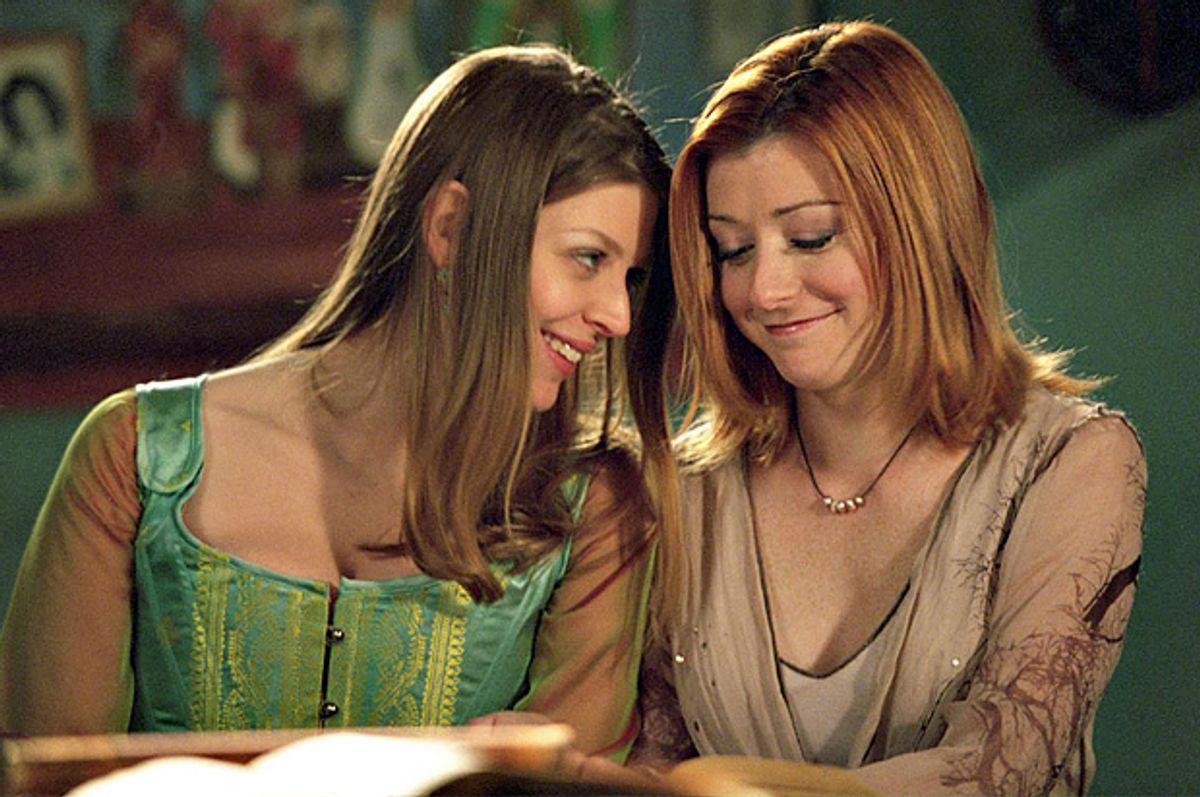 Television might be getting more inclusive, but when it comes to lesbian and bisexual characters, the small screen remains a graveyard. In a recent report from Autostraddle, the queer-centric website ran the numbers over the past four decades and found that queer women were the most likely characters to die on TV: Since 1976, 11 percent of television shows have featured a lesbian or bisexual character, and of those programs, 65 percent have a deceased queer female character. Of lesbian characters no longer on television, 31 percent have bitten the dust. Just 11 percent have been allowed to have a happy ending that doesn’t in tragedy or death.

The phenomenon is so storied that it even has a name: TV Tropes calls it “Dead Lesbian Syndrome.” This tendency is similar to what the website calls “Bury Your Gays,” in which LGBT characters are more likely to meet their maker than heterosexual cisgender (non-trans) ones. The trend began in earnest in the late 1970s and 80s on shows like “Cell Block H” and “Casualty.”  The Hollywood Reporter notes that “Executive Suite,” a short-lived CBS soap opera that ran from 1976-77, marked TV’s first lesbian casualty: “a lesbian character chases her love interest into the street only to be run over by a truck.”

This pattern would be repeated ad nauseam throughout the years—of lesbian characters routinely punished for coming to terms with their sexuality or pursuing their desires. A famous example is Joss Whedon’ “Buffy the Vampire Slayer.” In “Seeing Red,” Tara (Amber Benson) reconciles with Willow (Alyson Hannigan), her on-again-off-again girlfriend. Although intercourse between the two was largely implied, the episode marked the first time the couple—the only same-sex pairing on the show—were shown in bed together. (They mostly hug a lot.) Shortly after, Tara is shot by a stray bullet and dies.

The trope of killing off lesbian or bisexual characters recently had its moment in the spotlight when the CW’s “The 100,” a show about post-apocalyptic warrior teens, killed off Lexa (Alycia Debnam-Carey), its most popular character. On the show, Lexa finally consummated her long-simmering romance with Clarke (Eliza Taylor)—a popular ‘ship among the show’s fanbase—only to end with Lexa being shot by, you guessed it, a stray bullet in the same scene. Around the same time, “The Walking Dead” offed Denise (Merritt Wever), who at least had the decency to be killed with a stray arrow—y’know, for variety’s sake.

Debnam-Carey, who is a regular on AMC’s “Fear the Walking Dead,” was always going to be a temporary presence on “The 100.” Scheduling conflicts likewise led to the recent demise of Rose (aka Sin Rostro) on “Jane the Virgin.” The actress who plays the scarlet-haired criminal mastermind, Bridget Regan, is also appearing on TNT’s “The Last Ship.” Those behind-the-scenes explanations and contract minutiae didn’t help quell fan outcry: Following the deaths of Lexa and Denise, the hashtag #LGBTFansDeserveBetter trended nationally on Twitter. Jason Rothenberg, the showrunner for “The 100,” was even obliged to apologize.

It’s easy to see why fans were so upset. Shows have varied as “Northern Exposure,” “Private Practice,” “Skins,” “House of Cards,” “Jessica Jones,” “Scream Queens,” and “Pretty Little Liars,” have all offed their queer female characters in ways that feel both gratuitous and unnecessary. (“Boardwalk Empire” even did it twice—killing off both Angela and Louise.) In the case of “The Walking Dead,” what made Denise’s death particularly sting is that in the comics on which the show is based, the Grim Reaper came for someone else: Abraham (played by Michael Cudlitz) was the one killed by an arrow. This means “TWD” murdered a queer character in place of a straight one, a move unlikely to win favor among LGBT fans of the program.

You might be saying to yourself: “Who cares? It’s just a TV show! People on ‘The Walking Dead' die all the time. It is a show about zombies, after all.” That’s true, but shows where “Anyone Can Die” actually account for just a fraction the problem. Autostraddle did the math and tabulated that of the 68 shows with dead lesbians or bisexual women, only 35 (or just over half) viewed other characters as equally expendable. In fact, Autostraddle reports that around 40 percent of queer female characters appeared in less than a quarter of their show’s entire run—meaning they were killed off pretty quickly. On TV, queer women die so that everyone else can live.

What message does this send to LGBT audiences? For many, it indicates that the stories of queer characters—and especially women—are disposable. “We comprise such a teeny-tiny fraction of characters on television to begin with that killing us off so haphazardly feels especially cruel,” Autostraddle’s Marie Lyn Bernard writes. This is especially true at a time when LGBT people are fighting for greater representation on television. The small screen has made enormous strides in the past decade—between inclusive shows like “Transparent,” “Faking It,” “How to Get Away With Murder,” and “The Fosters”—but there’s clearly a lot of work to be done. Otherwise, queer storylines wouldn’t keep hitting the cutting room floor.

On a greater level, representation matters because many still yearn for greater opportunities to see their lives positively depicted in popular media. “LGBT viewers long to see their own happy endings reflected back to them,” the Hollywood Reporter writes. “Underrepresented groups—from people of color to people with disabilities to LGBT people—who are denied that kind of positive representation in our shared culture naturally have a harder time imagining it for their own lives. When death, sadness and despair are the predominant stories we're told, particularly for younger viewers, it can seem like a self-fulfilling prophecy.”

The way to fix this problem is that shows simply need more imagination when it comes to LGBT representation. When it comes to characters like Lexa and Denise, what led to their demise was not homophobic malice. Writers’ rooms and producers often can’t imagine other storylines for queer people that don’t revolve around their sexualities, meaning that when they finally get what they want (i.e., love or sex), they’re no longer necessary. Television might be a dangerous place to be queer, but there’s nothing more deadly than a medium that still doesn’t know how to treat LGBT people with basic humanity.