Hayes cornered Bradford Cohen, but Cohen wouldn't admit to seeing what he was being shown on video, repeatedly 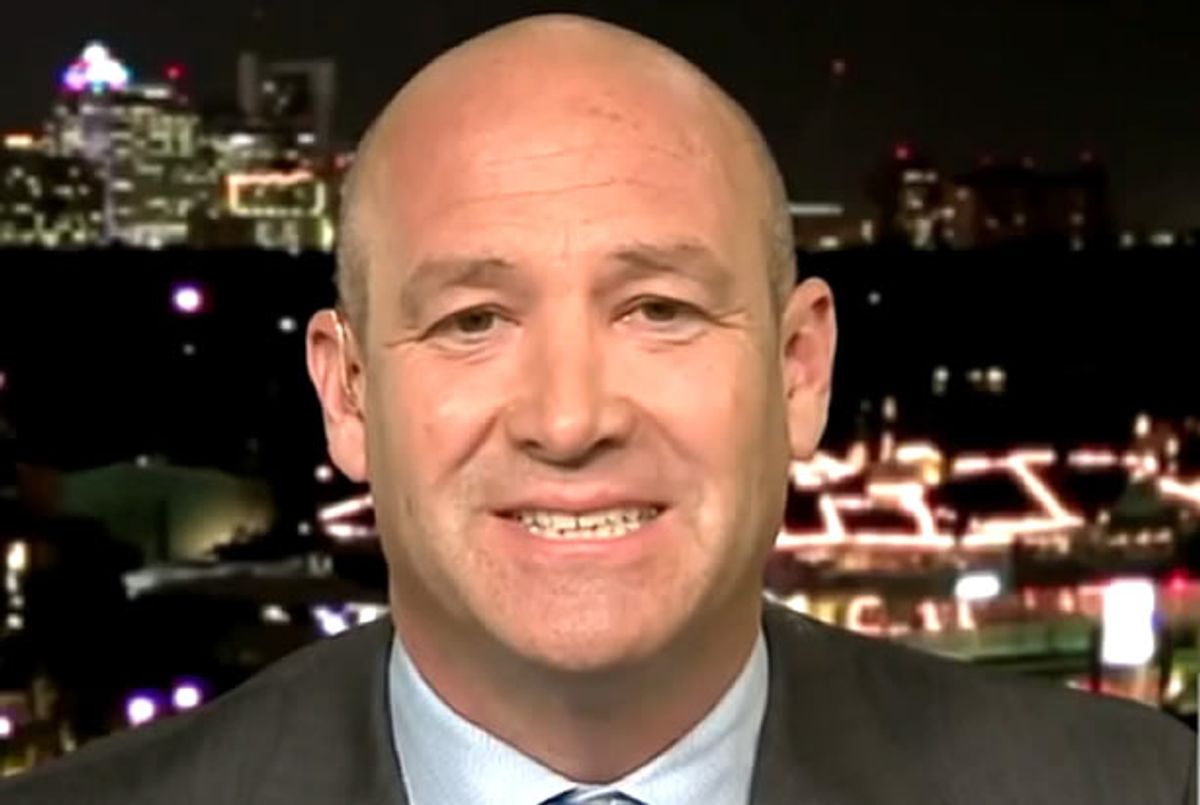 On All In with Chris Hayes Wednesday evening, host Chris Hayes spoke with the lawyer for embattled Donald Trump campaign manager Corey Lewandowski, who insisted, repeatedly, that he was incapable of seeing what was on the video Hayes played him, repeatedly.

"Just to be clear," Hayes began by asking, what Lewandowski wrote on Twitter, "'I never touched you,' that is not true?"

"It certainly looks like he brushes by her," Lewandowski's lawyer, Bradford Cohen, replied. "And like I said before, he didn't even know who she was at the time."

"You do realize," Hayes asked, "that denying these basic things makes you guys seem delusional, if you won't concede what we're all looking at? We're looking at the video!"

"Let me explain something," Cohen replied. "If he knew who she was, it would be a different situation, but he brushes up against someone and keeps walking."

Hayes later asked if Cohen and Lewandowski think "she's making up her bruises," a reference to images Michelle Fields posted on Twitter after Lewandowski allegedly assaulted her.

"We have no idea where those bruises came from," Cohen replied. "It doesn't appear that they came from the contact in the video. He was just brushing by her."