Anti-choice witch-hunts: The movement turns to McCarthyist tactics to intimidate women and doctors 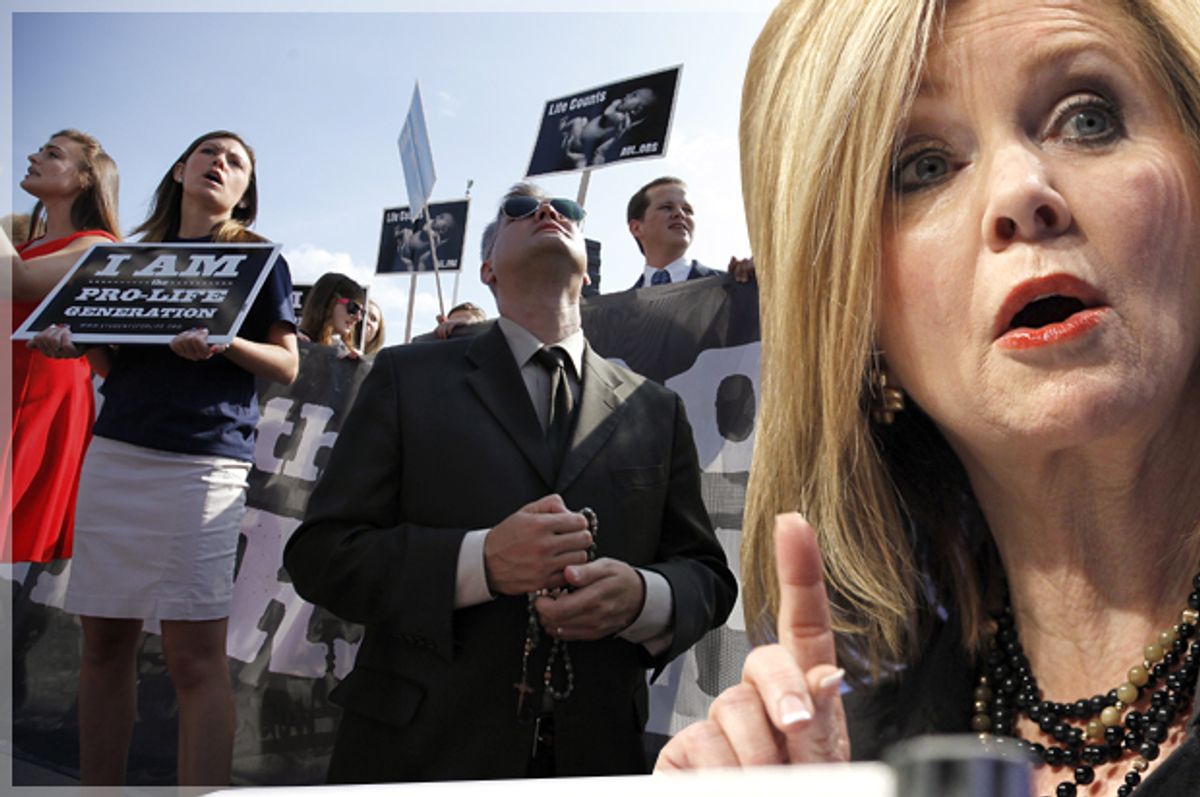 Is there no end to the sadism of anti-choice activists and legislators? Every time you think they've hit a new low, they find another layer to dig down to when it comes to novel ways to make women and their families suffer. Now they've turned to tactics that echo those used by the communist witch hunters of the 50s, legal intimidation and threats. Except these tactics are so invasive and cruel that even Joe McCarthy might have thought they're going a little too far with it all.

Out of Mississippi comes a hair-curling story of some anti-choicers who decided they owned the body of a 17-year-old pregnant girl and went to extraordinary measures to try to intimidate this girl and her mother out of aborting her unwanted pregnancy.

As reported by Sharona Coutts at Rewire, the high school student and daughter of a single mother first confessed her pregnancy to a teacher at her school. That teacher leaked the information to an anti-choice activist, who skirted the girl away, across state lines, to a crisis pregnancy center, where she was tricked into signing a phony legal document promising not to get an abortion.

The document was labeled "Patient Notice of Intent" and was made to look like an ordinary medical clearance document, but in fact had some legalistic-sounding language to scare the girl into thinking she had signed away her right to an abortion. "I have decided to continue my pregnancy to term," the document reads. "However, I am being subjected to coercion by others that is meant to compel me to terminate my pregnancy against my will."

After the girl, a minor, signed this, anti-choice activists used that document to harass and terrorize this girl, her mother, and the doctors who were trying to help her get an abortion. They faxed the document, with the girl's name, "to countless numbers of doctors, police, and other strangers in at least two states", Coutts writes.

When the mother brought her daughter to the abortion clinic, she was met by police who intimidated the clinic out of allowing the girl the abortion, even though the girl had decided this was what she wanted. Anti-choice lawyers, claiming to represent the daughter (they didn't), threatened to sue the clinic if they performed the abortion. It wasn't until the mother got a lawyer of her own, one who made it clear that a 17-year-old girl cannot actually sign away her right to an abortion, that the girl was finally able to get the procedure.

This embrace of McCarthyist tactics of stalking and using threats of legal action as harassment isn't limited to this one case, as Rewire reports. Anti-choicers have been targeting multiple women, especially teenagers, with these phony documents and threats of lawsuit and arrest aimed at anyone who helps them get an abortion.

The McCarthyism is also spilling over into the realm of medical research, as The New York Times reported on Thursday. In recent months, anti-choice legislators have turned to legal harassment, through phony "investigations," that is putting a major chill on medical research involving fetal tissue. In doing so, they may be stopping scientists from finding a way to fight back against the Zika virus.

"Representative Marsha Blackburn, Republican of Tennessee, who opposes most fetal tissue research because of its association with abortion, intends to issue the subpoenas on behalf of the Republicans on the House Select Investigative Panel on Infant Lives," the New York Times reports.

Blackburn claims that she's just trying to make sure everyone is obeying the law regarding the donation of fetal tissue for research, but that claim holds no weight, as the entire witch hunt was spurred by hoax videos made by anti-choicers who have been repeatedly discredited and now are under indictment for their corrupt practices.

When Blackburn first started her fishing expedition, many of the universities and research facilities targeted submitted documents with the names of researchers, many of whom are still students, blacked out. But that wasn't good enough for anti-choicers, because, after all, the whole purpose of McCarthyist tactics is intimidating people on a personal level. Thus, the subpoenas.

It's nakedly obvious the whole point is to threaten researchers: Stop your research or anti-choice crazies will get a list of your names and places of employment. You know, since it's not like anyone has shot up a medical facility recently while screaming vitriol about baby-killing.

These efforts to use legal intimidation to shut down medical research are especially chilling when you consider what kind of work these doctors are doing, including research on Parkinson's and, most pressingly, the Zika virus.

Not that this is the first time that anti-choicers have used the Zika virus, which is linked to birth defects, as an excuse to inflict as much misery as possible on women who've offended them by having sex. In Brazil, the emergence of the Zika virus has inspired a crackdown on abortion, as anti-choice forces in that country try to ensure that as many women as possible are forced to give birth to dead or severely disabled babies they cannot afford to care for.

In Florida, they are getting even more perverse with it, banning women from donating fetal tissue from an abortion, a move that is being justified with the usual disingenuous posturing about "protecting" women, who anti-choicers inevitably regard as barely sentient beings unable to handle things like decisions.

"Our concern in Florida is that a woman’s decision to donate [fetal tissue] is made at the same time she is also making a decision to have an abortion, and there was no public good in her needing to make that decision, too," Rep. Colleen Burton told Politico. (Women are seen as too feeble-minded in the anti-choice imagination to make more than one decision a day, or their wee little lady brains will explode.)

So to "protect" women, the state requires that any fetal tissue she has removed from her body be thrown in the trash rather than donated to science. Because heaven forbid that some terrible thing happen, such as a cure for Zika.

But this is how McCarthyist tactics work. They aren't about logic so much as stoking an atmosphere of fear and intimidation, to keep the McCarthyists in power while everyone else leaves under a cloud of suspicion. It doesn't matter if the supposed threat is communism, female sexuality, or science. The game is ultimately about power and fear and the pleasure that sadistic reactionaries get out of inflicting suffering on others.