Fellow Republicans going hard after the front-runner: Physical violence is "the consequence of Trump culture" 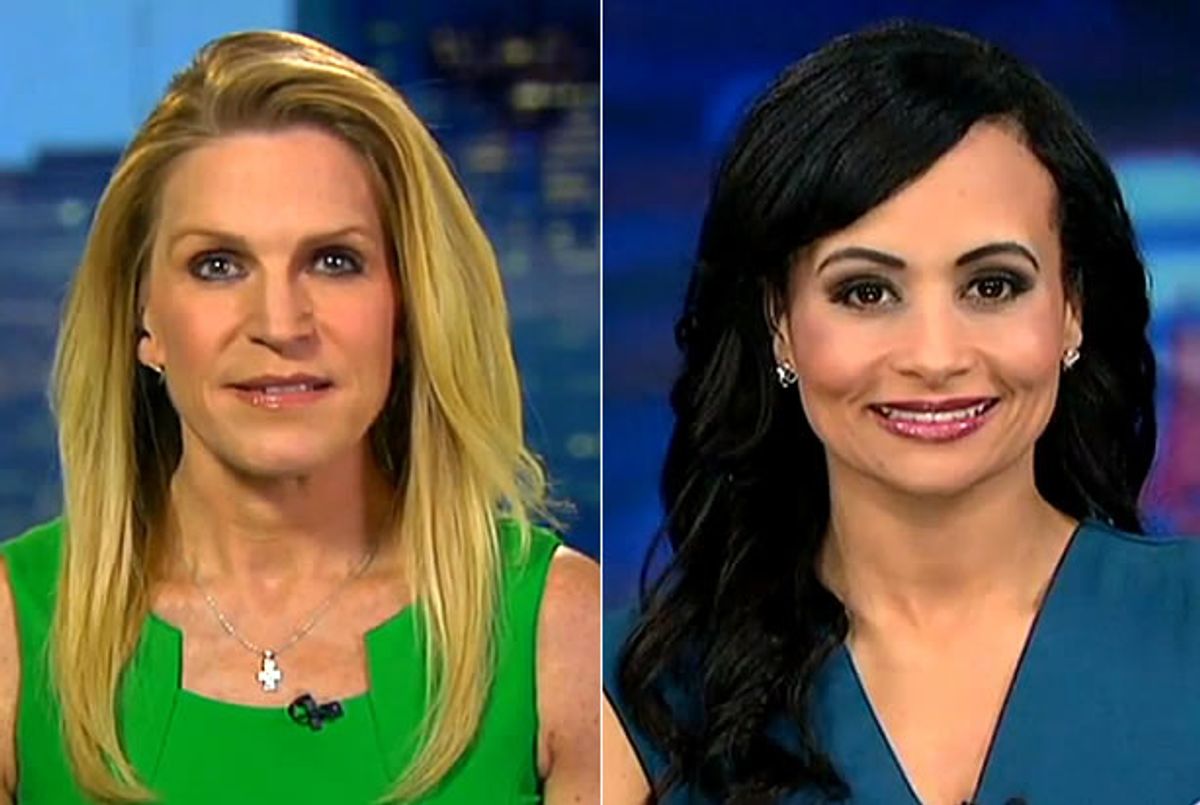 On Wednesday night's edition of The O'Reilly Factor, Ted Cruz's communications director called the battery charges against Donald Trump campaign manager Corey Lewandowski a simple "consequence of the Trump culture," one she believes is a "culture of disrespect."

Alice Stewart appeared on the program along with Trump campaign spokesperson Katrina Pierson, who defended her employer in much the same way he did during Tuesday night's town hall -- by accusing the Cruz campaign of having started it.

After guest host Eric Bolling showed video of the incident, Stewart said "a picture paints a thousand words, Eric, and that picture says it all. This is the consequence of the Trump culture, and the culture of a campaign that is one of disrespect, and is based on insults, and encourages verbal and physical attacks."

Pierson shot back that "if there's a culture of anything in a campaign, it's of dirty tricks, and that's been the Cruz campaign from the beginning. It's undeniable."