Fox News contributors continue to tear into each other: "Clinton could wear a Confederate flag pantsuit with a Nazi button and you'd support her" over Trump 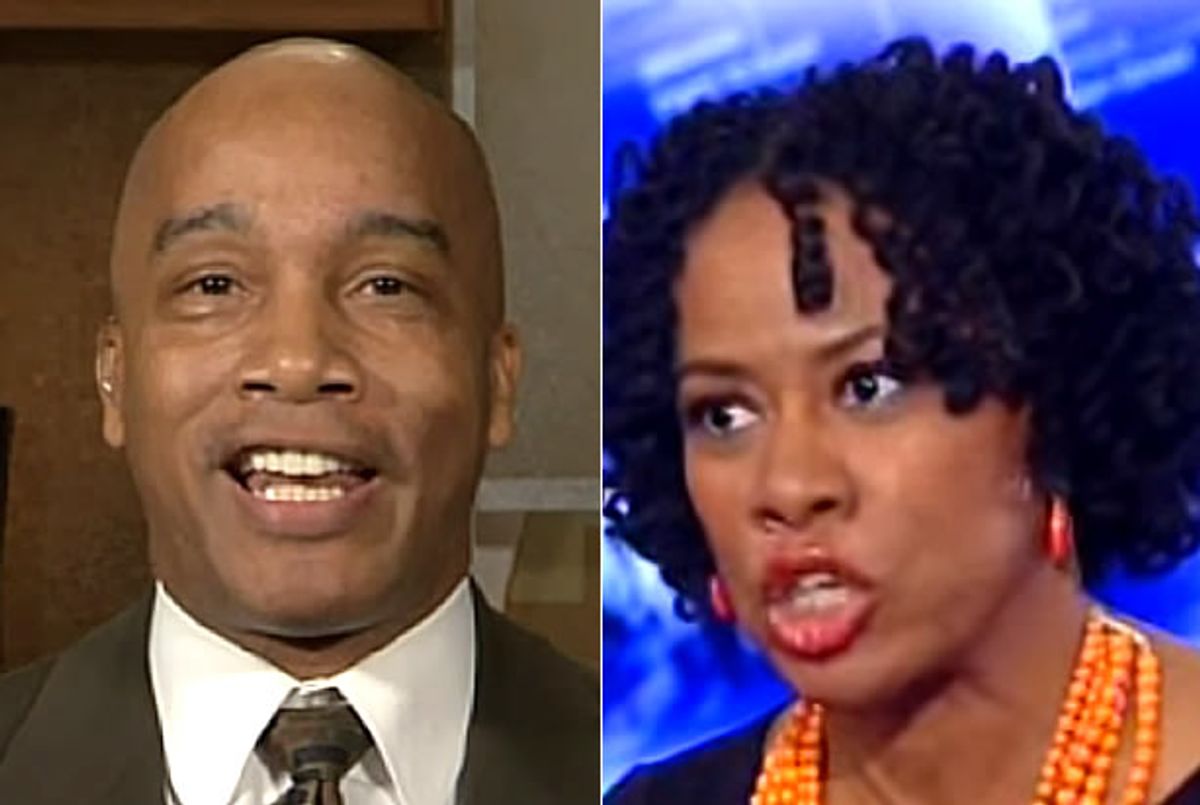 Fox News contributor Kevin Jackson appeared on The Kelly File Wednesday evening and gave a master-class in political deflection, as he answered every charge leveled against Donald Trump by deliberately, and frequently hilariously, changing the subject.

After Kelly played a clip of Hillary Clinton's new anti-Trump advertisement, Lisa Durden said that "it was about time that [Clinton] started attacking the violent, sexist, racist" who is currently still ahead in most polls. A candidate as "trigger-happy as Trump doesn't belong anywhere near the White House."

Jackson replied that "the real irony here is that Hillary Clinton has actually said of Robert Byrd, who was a member of the Ku Klux Klan, that he was her 'friend and mentor.'" Kelly attempted to intervene on Byrd's behalf, noting that Byrd participated in Klan activities when he was young, and later renounced them.

"The thing is this," Jackson continued, "Hillary Clinton received the Margaret Sanger Award -- this is a woman who started Planned Parenthood and called black people 'human weeds.' And Hillary Clinton says she was 'her idol.'"

"The only thing Donald Trump did to be branded a racist is strap an 'R' behind his named," he said. "There are many things that Trump has done very well [for the black community], but Hillary Clinton could be in a Confederate [battle] flag suit with a Nazi button and [Durden] still support her."