Between the powerful media mogul and the dictator, Wendi Deng sure knows how to pick batty older men 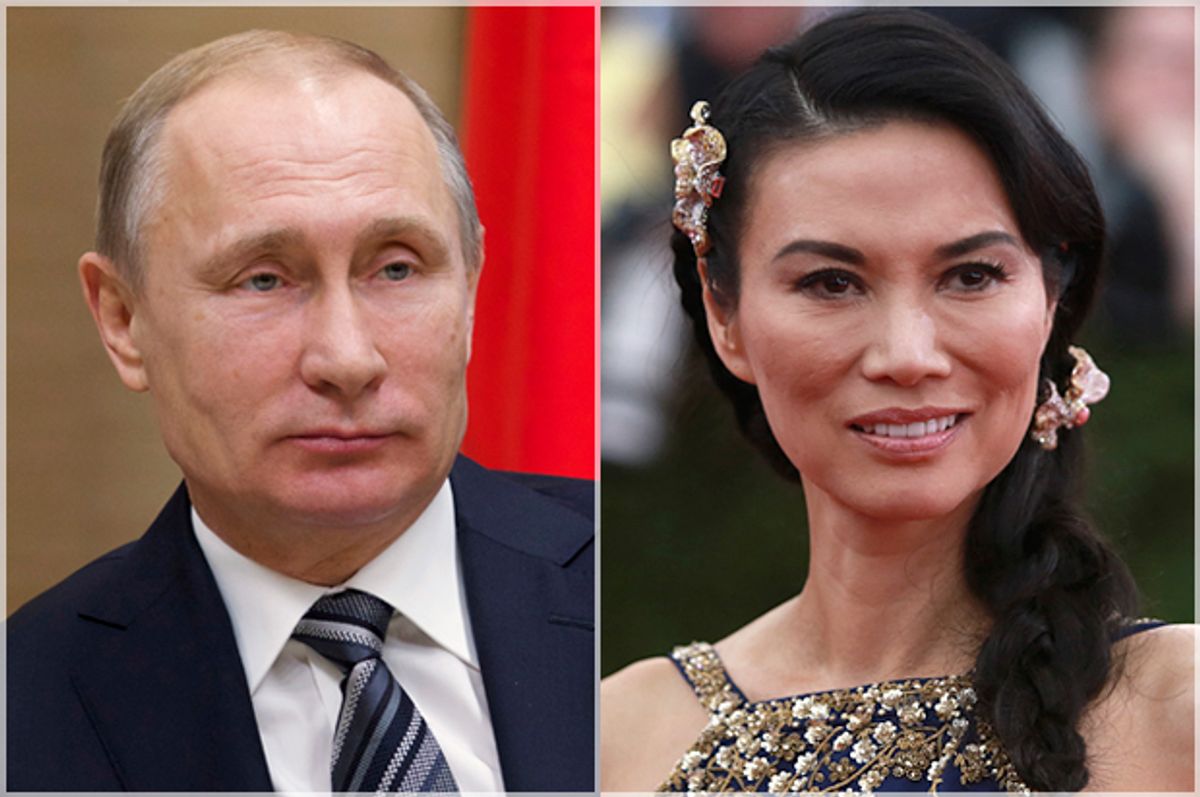 Murdoch, 85, is best known as founder and head of News Corp., which counts among its more controversial assets Fox News and News of the World, a tabloid magazine infamously tangled up in a phone-hacking scandal.

In June 2012, the Wall Street Journal (a News Corp entity) said of Deng's newest hubby, "Mr. Putin has worked in the seams of Russia's political system, centralizing power through channels that could at least appear to be democratic," adding, "Once he had used election laws to reduce the parliament to a rubber-stamp body, he created a new organization made up of legal, media and civil society experts to give him the feedback a legislature might—just without the power to vote."

Putin, 65, biographer Masha Gessen, in a 2012 New York Times op-ed, clarified absolutely, "Yes, I really mean to say that Putin is a dictator."

Murdoch, too, tied a new knot with former-model Jerry Hall earlier this month.

Putin has been married once before, to Lyudmila Putina, with whom he has two daughters, but divorced in 2013. Tabloid rumors arose of Putin's interim affair with, and impregnation of, former-Olympic gymnast Alina Kabaeva, but have been wholly denied by Kremlin officials.

The Deng-Putin relationship is, at most, covert and will likely stay that way, as Putin tends not to disclose details about his private life.