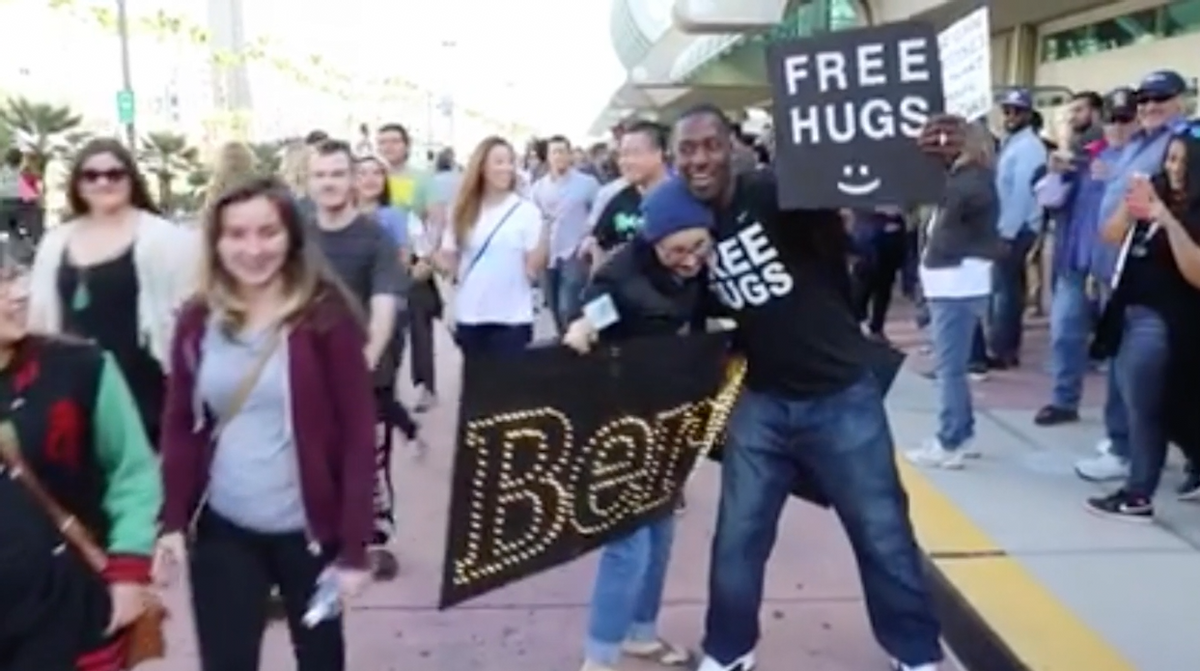 The reception he received from the two parties is shockingly different. The Trump rally attendees denied the hugs, claimed there is "no love in this world" and asked Nwadike is he was selling drugs. Later, at a Sanders rally people of all ages and races opened their arms to get hugs from Nwadike.