Sean Hannity denies Trump culture is violent by claiming if he attended a Trump protest, he would "get killed, because I fight back"

He does realize that that's the attitude people are criticizing among Trump supporters, doesn't he? 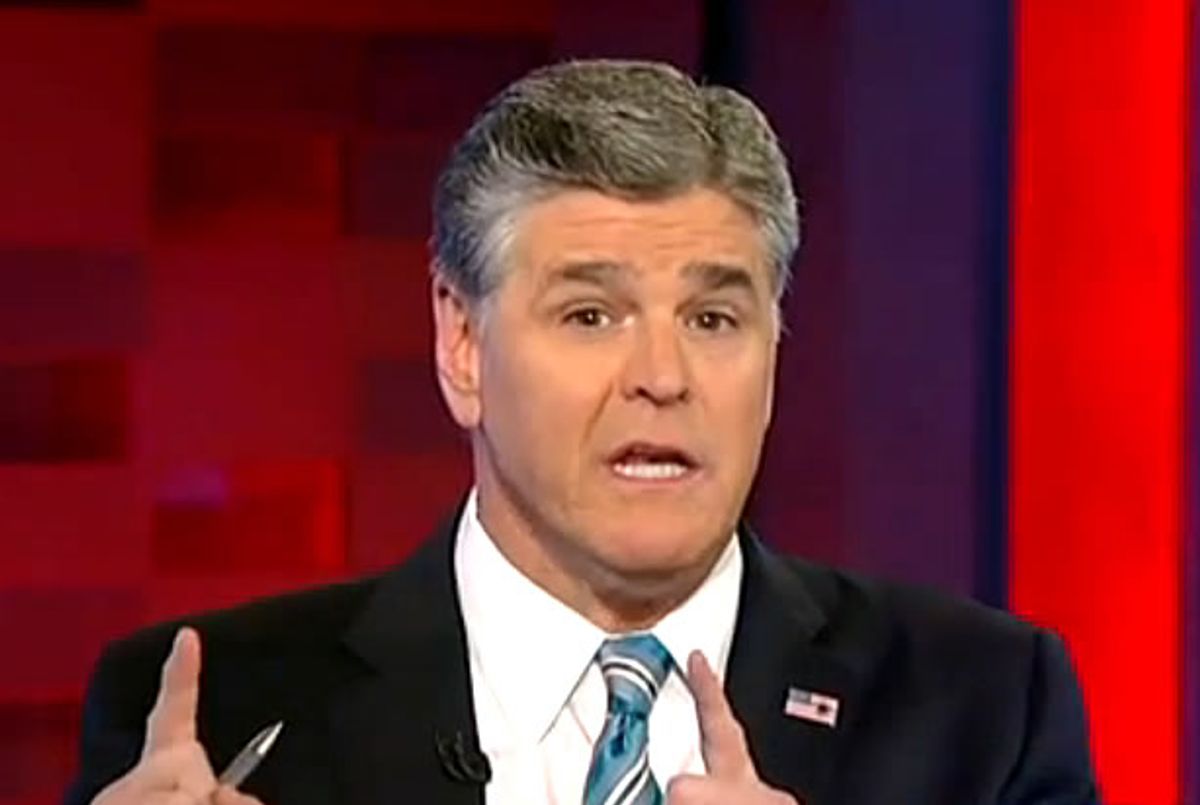 Sean Hannity is apparently tired of having Bill O'Reilly and Jesse Watters monopolize the market on deceptively edited videos, and sent radio host David Webb to an anti-Trump protest in Wisconsin.

Shockingly, the protesters selected to appear in the segment sounded uniformly uninformed -- one even appeared to be intoxicated -- and Hannity and Webb were, of course, convinced that these protesters are representative of all those who criticize Donald Trump. (He could, of course, just look to other anchors on his own network, some of whose programs appear adjacent to his own for counterexamples, but Sean Hannity is not a man for whom inconvenient counterexamples hold any weight.)

The most interesting element of the segment occurred, however, when the panel was discussing the potential for violence outside of the Republican National Convention in Cleveland. Hannity argued that he hopes the party welcomes protesters, so they can turn violent and "put the left on display."

He said that he would attend the protests himself, but "I'd probably be killed because I'd have to fight back." So he denies that Trump is contributing to a culture of violence by admitting that if he attended an anti-Trump rally, he would himself have no choice but to become violent -- not the most effective rhetorical strategy.

Of course, Hannity would follow the candidate and blame the protesters, as "He started it!" has become the GOP's go-to excuse.