"I know it happened to people in this room," said Reagan 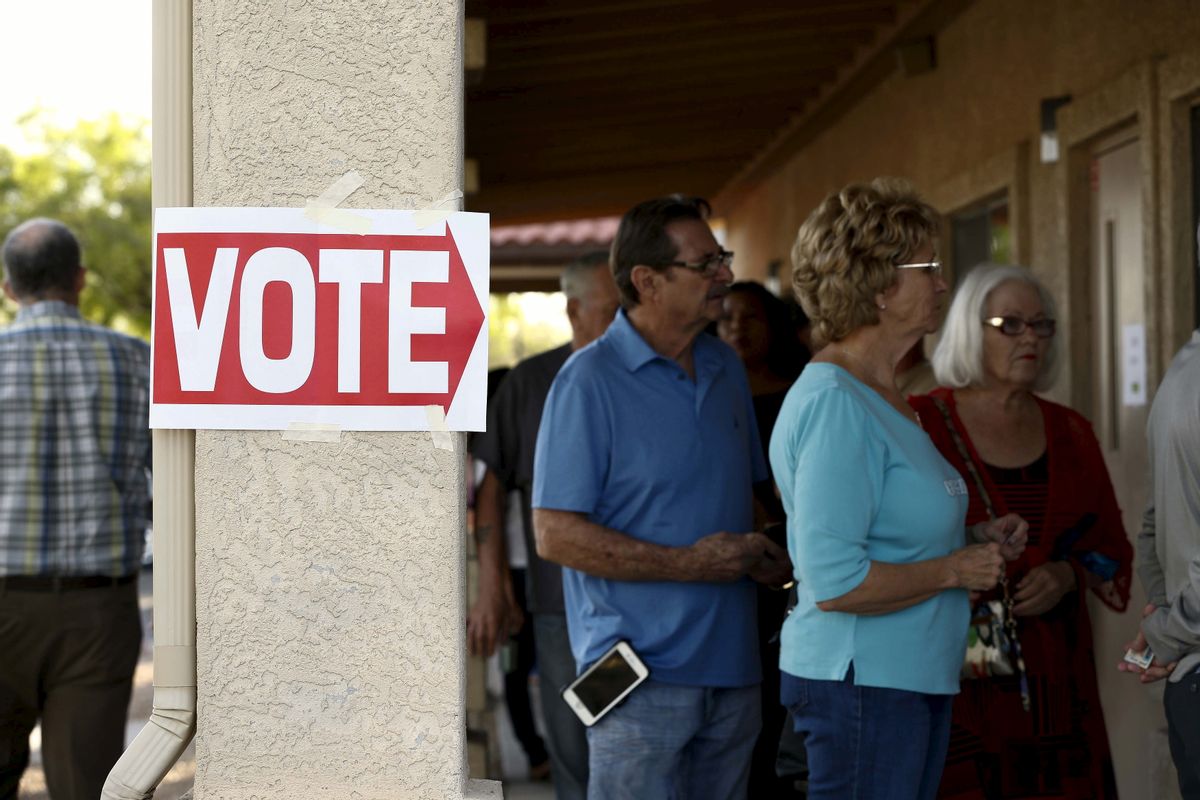 Voters wait in line at a polling site in Glendale, Arizona (Reuters)
--

Thousands of Arizona residents encountered major problems while attempting to vote in the state's March 22 primary.

The number of polling locations in one county decreased to 60 from 200, causing significantly longer lines. One woman wrote to the Bernie Sanders campaign claiming that she waited in line for nearly 5 hours.

Thousands of other residents arrived at polling sites to find that they had been misidentified as Republicans or Independents, and were instead given provisional ballots.

Outrage quickly ensued, and for the first time, Secretary of State Michele Reagan has admitted that fraud occurred.