Scalia's empty chair, and a 4-4 tie, prove again how political our Supreme Court has become 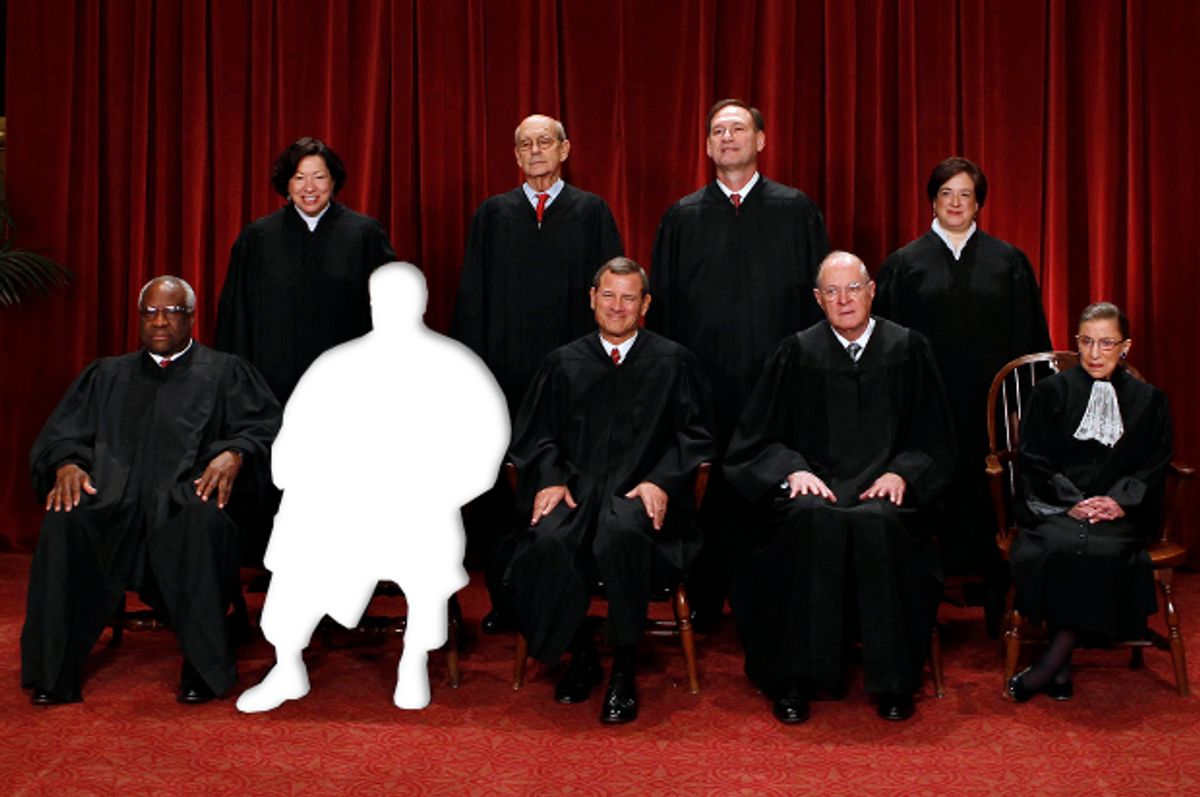 Justice Scalia’s empty seat at the Supreme Court generated two orders this week that demonstrate yet again the essentially political nature of our highest Court.

First, in a widely watched case involving a First Amendment challenge to the mandatory payment of public sector union dues, the Court divided 4-4 (presumably among partisan lines) which meant no opinion, no precedent, and the affirmance of the lower court decision rejecting the challenge. The lower court had to rule in favor of the unions because of a binding Supreme Court case directly on point (the current controversy was fast tracked to the Court so the conservative justices could change the law). The case, Abood v. Detroit Board of Education, had been a specific target of Justice Alito and the conservatives for a long time, but with the passing of Justice Scalia, the conservatives did not have the votes they would have had to change legal doctrine.

The only reason that the Abood decision was up for grabs in the first place was because the people sitting on the Supreme Court had changed since that case was decided. Dramatic shifts in other areas of the law such as free speech (Citizens United), abortion (Roe to Casey), guns (Heller), and voting rights (Shelby County), among many other important issues, occurred not because of a change in legal doctrine or newly discovered facts but because the values writ large of the justices on the Court had changed.

On Tuesday, the Court also decided to try and address the legal objections by religiously affiliated organizations to the Affordable Care Act’s contraception requirements. The justices took the unusual step of, less than a week after the oral argument, putting forth their own plan, one might say law, and asking the parties to either adopt the judicially crafted solution or create a new one consistent with the Court’s guidelines. This is judicial lawmaking for all to see and, according to Adam Liptak of the New York Times, almost certainly the result of the justices’ fear of a 4-4 tie vote which would lead immediately to different results under federal law depending on where in the country one lives or works. Effectively, 4-4 ties in the Supreme Court on important, national cases mean that lower court judges, who often disagree over how these cases should be decided, have the final say. Few want that result.

The GOP’s intransigence on replacing Justice Scalia brings to the surface normally latent ideas about how constitutional law is actually made by the Supreme Court. The important thing to know about the process, as Justice Brennan used to remind his clerks, is the number five, which is the number of votes it takes to achieve a majority of the Court (most of the time).

The Republican Party, perhaps feeling a bit of ownership in the seat held by Justice Scalia for so long, understands that adding a fifth Democratic/liberal justice to the Court could potentially reverse numerous important doctrines they care deeply about such as gun and voting rights, and the ability of large corporations to make unlimited campaign expenditures. But the longer the GOP hangs on to the seat, the more obvious it becomes that ordinary politics, not law, is what the controversy (and the Supreme Court) is all about.

Constitutional law scholars have been debating the political nature (or not) of the Court for generations. But right now, at this moment of time, with tie votes, bizarre orders, and frank acknowledgments by both sides that so much is at stake with the next appointment, the Court’s deep political structure has rarely been more evident.

Most people agree the Court cannot function effectively with only eight (or any even number of justices). But what Court commentators don’t agree on is whether the Court can function effectively when the Emperors’ New Clothes fiction that law, not values, drive Court decisions is peeled away for all to see. Justice Scalia’s empty chair is a constant reminder that constitutional law is made by real people with personal values, idiosyncratic biases, and, as with Justice Alito and mandatory union fees, specific agendas.

Whether the actual driver of Court decisions is mostly partisan politics as political scientists often argue, or values writ large as legal realists advocate, what is becoming increasingly clear to just about everyone is that law plays only a minor role. Whether or not public awareness of the real nature of Supreme Court decision making will hurt the Court in the long run may well depend on how long Justice Scalia’s chair remains empty. Ironically, this increased awareness of the political nature of the Court caused by Scalia’s death threatens to undermine much of what Justice Scalia tried to say about the Court for almost 40 years. He would not be happy.