"You are against an ethnic group that you are benefiting from," Diego Reyna tells Trump 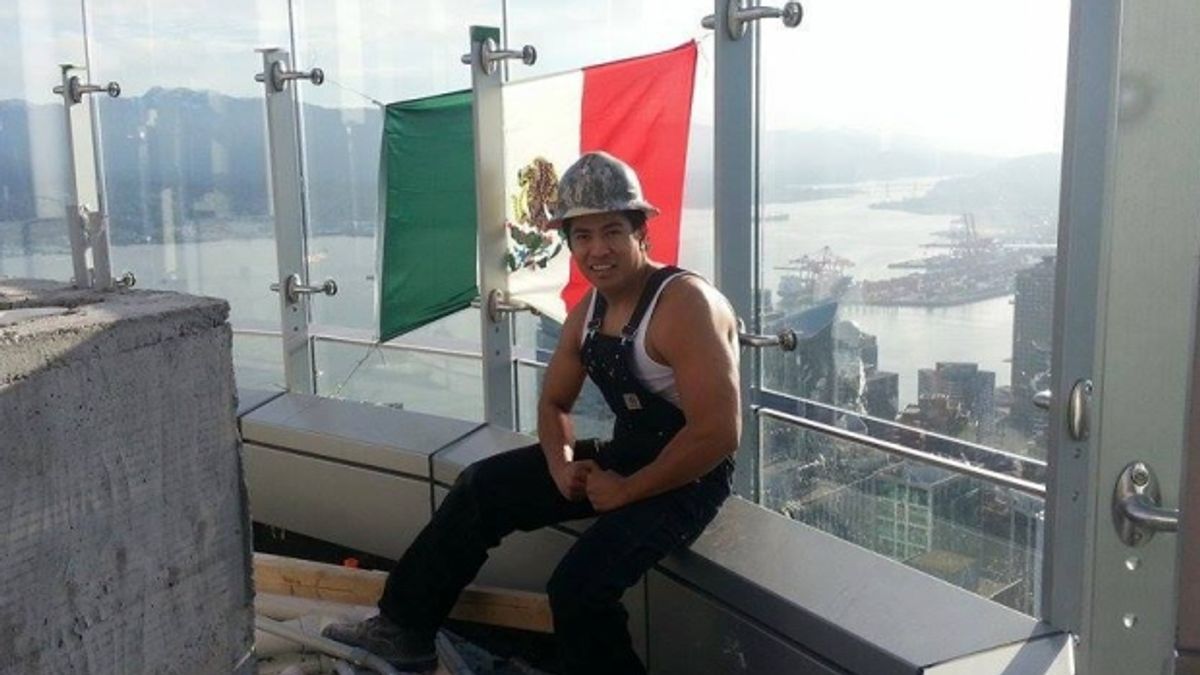 Diego Saul Reyna, a 30-year-old Mexican-Canadian steel framer, found a creative and bold way to protest Republican presidential frontrunner Donald Trump's campaign fueled by blatant xenophobia. For a few minutes over the weekend, the Mexican flag briefly flew atop the soon to be opened Trump Towers in Vancouver.

"I put a Mexican flag on the roof of the Trump Tower in Vancouver, just to show that he is benefiting from us and that we are working hard on his projects and that we are not all criminals," Reyna explained in an interview with the CBC. Trump's latest signature real-estate development is expected to open later this summer.

"From the concrete pouring, finishing, drywall, taping, wood forming and general labour, Mexicans were there, building it," Reyna wrote on Facebook Saturday. "The comments Trump has made about us, did not stop us from doing the high quality work we have always done, in our home country or when we migrate to the US/Canada." Reyna's post has been shared more than 3,500 times as of midday Monday:

WHY DID I PUT A MEXICAN FLAG ON THE ROOF TOP OF TRUMP TOWER VANCOUVER, ??????Because from the concrete pouring,...

According to the Vancouver Sun, Reyna, who doesn't work on the Trump Towers construction crew, was still able to take the elevator to the 20th floor of the building Saturday morning, before he climbed the stairs the rest of the way to the top of the 63-storey tower to hang the Mexican flag.

"I did this to counter attack all his statements about Mexicans and Muslims. The last straw was when he spoke against women. He cannot be insulting people he is benefitting from," Reyna told the Sun.

“Look at that building, look how beautiful it is … and that is a result of a coordination of all the ethnic groups in Canada,” he told CBC News, adding, “I’ve seen every race and every religion working in that building.”

The flag was removed by Sunday morning, but Reyna, who was born in Mexico and became a permanent Canadian resident in 2011 told Huffington Post Canada that, "I'm not concerned about Trump rising to power. I'm concerned about his values and his points of view extending to our country."