Trump's dirt on Fox News, hints about his VP choice, and other revelations from Gabriel Sherman's "Operation Trump" 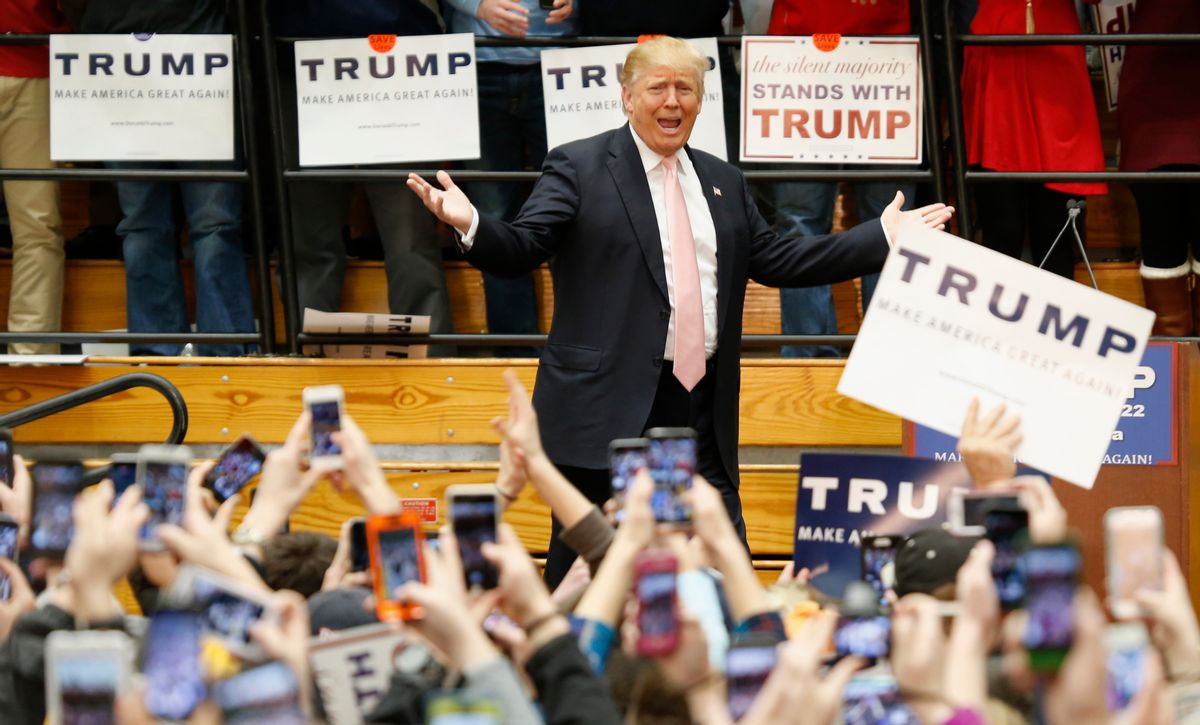 Gabriel Sherman's New York Magazine cover story "Operation Trump" is full of interesting tidbits about the most unusual presidential campaign in modern history. Here are 10 of the most intriguing things we learned from the piece:

Trump's ability to rebuff Fox News — going to war with Megyn Kelly and skipping a Fox-sponsored debate—without suffering grave consequences defies conventional wisdom about the network's role as a gatekeeper in Republican politics. Sherman suggests that network boss Roger Ailes hasn't directed the full wrath of a Fox offensive at Trump because Trump may know secrets that Ailes doesn't want to go public.

According to Sherman, Ailes fired a longtime aide in 2014 on suspicion of leaking inside information about Fox to the media. That aide happened to be an ex-employee of Donald Trump, who stepped in to mediate the aide's severance negotiations with Fox. In the process, Trump learned the aide's darkest secrets about his old employer, which supposedly include "'bombs' that would destroy Ailes and Fox News." This potential blackmail could be what's behind the uneasy truce between the GOP frontrunner and the powerful news network.

Trump might like you to picture his top campaign staffers sitting behind marble desks and answering golden telephones, but in reality, the campaign headquarters on the fifth floor of Trump Tower looks "like an abandoned construction site." A "Wall of Shame" in the office is decorated with unflattering photos of Trump's vanquished competitors, including current Trump supporters Chris Christie and Ben Carson.

3. Trump says his vice-president won't be a fellow outsider

He isn't willing to float any names yet, but Trump says he'll pick a professional politician as his running mate. “I don’t want to have two people outside of politics,” he told Sherman. Presumably, this rules out Ben Carson, who previously said he'd be willing to serve as Trump's vice president.

4. Trump is still sensitive about his hands

Rubio, [Trump] said, “talked about my hands because he had nothing else to talk about. I said to him, ‘It’s pretty sad when after the long career I’ve had the best he can do is talk about my hands,’ which are really good.” Trump paused and spread his five fingers for me to inspect. “He probably got it from that sleazebag Graydon Carter, who said I had short stubby fingers.”

5. The campaign's strategy isn't as spontaneous and haphazard as it appears

Over several years, Trump subtly collected information from conservative insiders like RNC chair Reince Priebus that informed his bombastic campaign strategy. Priebus predicted a large field of candidates, which told Trump he would have to stand out. “If I were totally presidential, I’d be one of the many people who are already out of the race,” Trump says. Trump appraised the pulse of the GOP primary electorate by monitoring talk radio, ultimately concluding that he could mobilize support by taking a hardline stance on the resonant issue of immigration.

6. Trump paid actors to appear at his first campaign event

When Trump announced his presidential bid in June 2015, the zealous crowds that have come to characterize his campaign events were nowhere to be found. "The campaign paid actors $50 each to wear Trump T-shirts and wave placards," Sherman writes.

7. Ivanka Trump urged her dad to walk back his most incendiary comments

After Donald Trump made his infamous comments about Mexico sending "rapists" to the U.S., his daughter Ivanka suffered backlash relating to her business dealings with chef José Andrés, who backed out of a proposed restaurant deal. Ivanka asked her father to soften his immigration statements, going so far as to draft an apology for him to deliver. Trump refused. “Rapists are coming into the country! You know I was right,” he told Sherman

Trump began wearing the vest "several months ago" according to Sherman's sources. Though it leaves Trump exhausted after speeches, it presumably gave him some peace of mind during the tense moment when Secret Service members surrounded him after a man tried to rush the stage at an Ohio rally in March.

Lewandowski, who recently earned unwanted headlines for battery charges stemming from a contentious encounter with a reporter, is an unlikely choice to be managing a frontrunning presidential campaign. After working on a doomed U.S. Senate campaign in 2002, Lewandowski found himself shunned by the GOP establishment. For a while, he was out of professional politics altogether, working as a real estate salesman and police officer. A rebound stint with the Koch-supported think tank Americans for Prosperity was the springboard that led him to Trump.

10. Alabama Senator Jeff Sessions may be Trump's most influential adviser

Republican senator Jeff Sessions has Trump's ear on issues like immigration and taxes. Sessions was reportedly among the first people Trump called for advice after announcing his candidacy, and the two have stayed closely in touch throughout the campaign. While daughter Ivanka couldn't get Trump to change course on immigration, Sherman writes that input from Sessions has swayed Trump: "[W]hen Sessions called Trump last month and criticized him for coming out in favor of H-1B visas, which allow companies to recruit high-level talent abroad, Trump promptly changed his position."