Hillary is sick of the left: Why Bernie's persistence is a powerful reminder of Clinton's troubling centrism

Bernie Sanders has stuck around longer than anyone could have imagined, and it's revealing Clinton's true colors 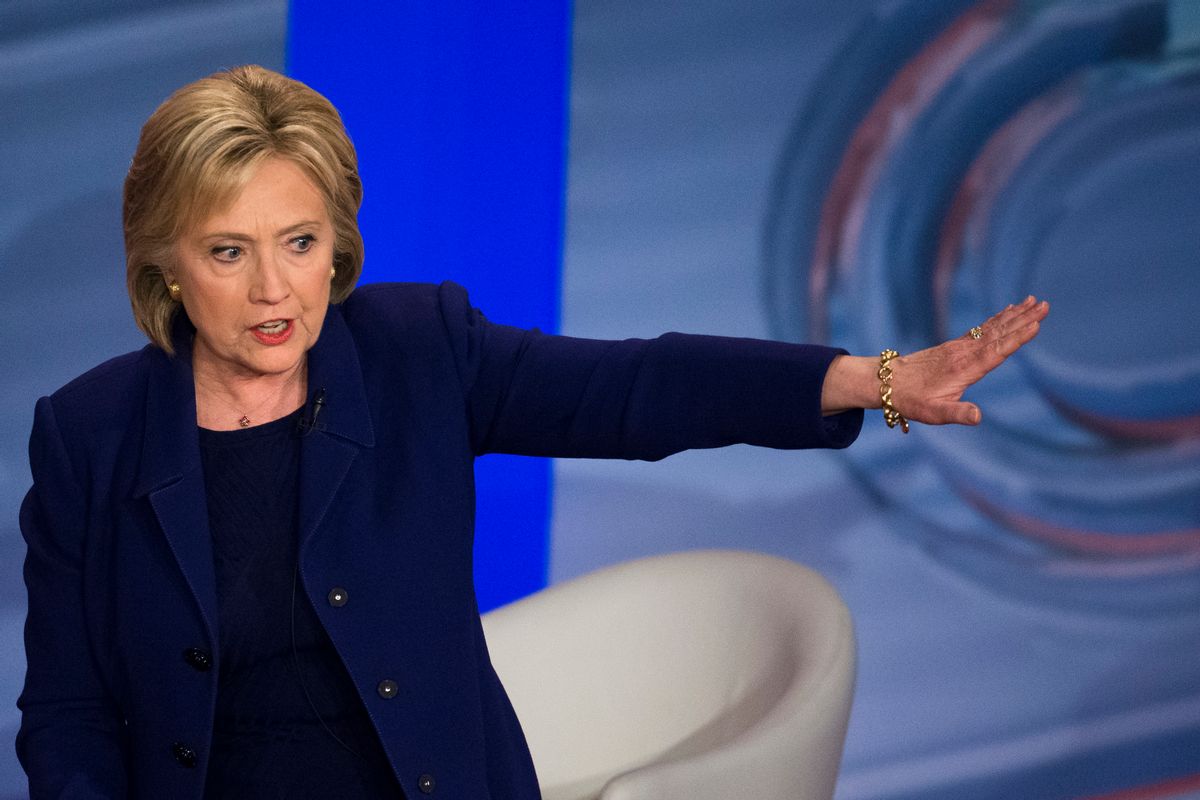 Heading into the final months of the presidential primaries, Democratic frontrunner Hillary Clinton and her team seem to be increasingly fed up with the Sanders campaign, which has remained competitive since the first votes were cast in Iowa, and continues to dog Clinton from the left. Early last week, Clinton’s chief strategist Joel Benenson remarked that if Sanders wanted another debate, he would have to “tone down” his “very negative” campaign, which — as I discussed in a previous article — is an absurd allegation, considering the Clinton camp has held a virtual monopoly on negative campaigning.

(True, there are some nasty and vulgar Sanders supporters on social media, who Sanders has condemned; but we are talking about the campaigns, not random users on the internet, and Clinton has plenty of unpleasant online enthusiasts as well.)

On Thursday, Clinton herself vented about the Sanders campaign at a rally in New York, and when confronted by a Greenpeace activist about her financial ties to the fossil fuel industry, she replied testily: “I am so sick of the Sanders campaign lying about me. I’m sick of it.”

Of course, no one is lying about Clinton, who employs a number of bundlers registered as lobbyists for the fossil fuel industry — as Greenpeace documents here — and in an issued response, Greenpeace Democracy Campaign Director Molly Dorozenski said the following:

“Secretary Clinton is conflating Greenpeace with the Sanders campaign, but we are an independent organization, and our research team has assessed the contributions to all Presidential candidates.  We have not and will not endorse candidates. Earlier this year, we asked both Secretary Clinton and Senator Sanders to sign our pledge to #fixdemocracy, and while Sanders signed, Clinton did not. We intend to continue to challenge all candidates to listen to the people, not their biggest donors.”

While the Clinton campaign is obviously "sick" of dealing with Sanders, and would love nothing more than to focus on Donald Trump and fundraising — without having to fret over criticisms about where the money is coming from — it is not so much Sanders, but the left, that has frustrated Clinton and Clinton supporters. When confronted by the Greenpeace activist, Clinton automatically assumed that she was a Sanders supporter with purely partisan intentions, not an environmentalist who is genuinely concerned about Clinton’s big money connections. Clinton and other Democratic centrists seem to have concluded that anyone who criticizes her from the left must simply be a Sanders hack.

Of course, the astonishing rise of Bernie Sanders has represented a revival for the American left, and the senator is the most prominent “democratic socialist” in American politics (even if he is himself a moderate on the political spectrum). For left-wingers, Sanders is indisputably preferable to Clinton, though he is no “purist,” as some liberals like to claim.

According to the British website, PoliticalCompass.org, which measures political ideology on a multi-axis model, based on social and economic beliefs, Sanders is the true moderate of the 2016 primaries, while Clinton is a both economically and socially on the center-right, and Republican candidates are on the far right. Sanders’ “economics are Keynesian or Galbraithian,” explains the website, “in common with mainstream parties of the left in the rest of the west  — the Labour or Social Democrat parties.”

Sanders is symbolic of a left-wing resurgence, and he has certainly made Clinton’s life harder with his impressive grassroots campaign. But the left has always been repelled by the Clintons, with or without Bernie. Ever since Bill and Hillary skyrocketed to political stardom in the early '90s and helped transform American liberalism, those on the left have regarded them both as unprincipled careerists who are willing to say just about anything to get elected. President Clinton’s administration frequently proved this to be the case, and there is little reason to think Hillary Clinton, who has shifted her rhetoric to the left during the primaries, won’t revert back to the center-right when all is said and done.

The difference between today and the '90s, however, is that the left is no longer in its last throes, as it was when the Clintons emerged as America’s most powerful couple. With the fall of communism and the global triumph of corporate capitalism, along with the Reagan/Thatcher counterrevolutions, the left — which had become disillusioned and divided (i.e. new left vs old left) — was in no shape to stand up to the tide of reaction. Moreover, when Reagan entered office, economic inequality was close to all time lows, after decades of New Deal liberalism. Today, after nearly 40 years of neoliberalism, economic inequality has returned to historic levels and American militarism has created a dangerously unstable world. Politics have changed with the times, and the American left, politically relevant again, is very much determined to prevent another Clinton administration.

Of course, this may not be possible; Clinton currently has a solid lead over Sanders, especially if you count her hold on pledged superdelegates. But Clinton shouldn’t assume that those on the left will simply fall in line if and when she becomes the nomination (though most left-wingers would probably agree that a neoliberal is better than a proto-fascist). Clinton may be sick of hearing about her Goldman Sachs speeches, but those on the left were sick of the Clintons twenty years ago, and will remain critical well beyond election year.