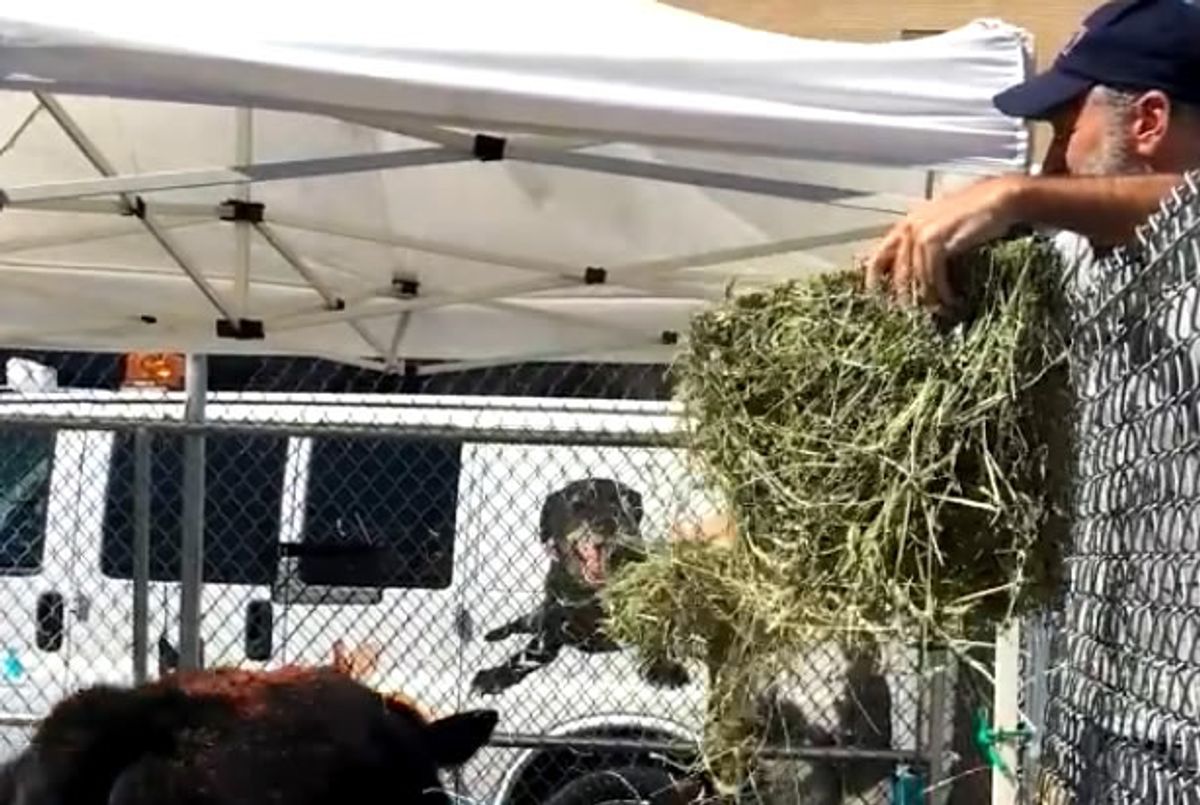 Over the weekend, former Daily Show host Jon Stewart and his wife Tracey saved the life of a bull -- now named "Frank Lee" after noted Alcatraz escapee Frank Lee Morris -- which had escaped from a slaughterhouse in Queens and roamed wild on the York College campus:

Instead of returning the bull to the slaughterhouse, the Stewarts personally drove Frank Lee out of the city proper and to the Farm Sanctuary in upstate New York. Tracey currently sits on sanctuary's board, and the couple is trying to open a similar home for wayward animals in New Jersey.

Breaking News: We are happy to report that the bull who was on the run earlier today in Queens is safe and on his way to Farm Sanctuary in Watkins Glen, NY. Jon and Tracey Stewart picked up the individual whom we are calling Frank this afternoon from Animal Care Centers of NYC (ACC). Special thanks to our colleague Mike Stura of Skylands Animal Sanctuary And Rescue who drove out to assist with the transport. More info to come.