"Snitches, basketball players, drug dealers": Robert Townsend reflects back on taking "the bull by the horns" to make "Hollywood Shuffle" 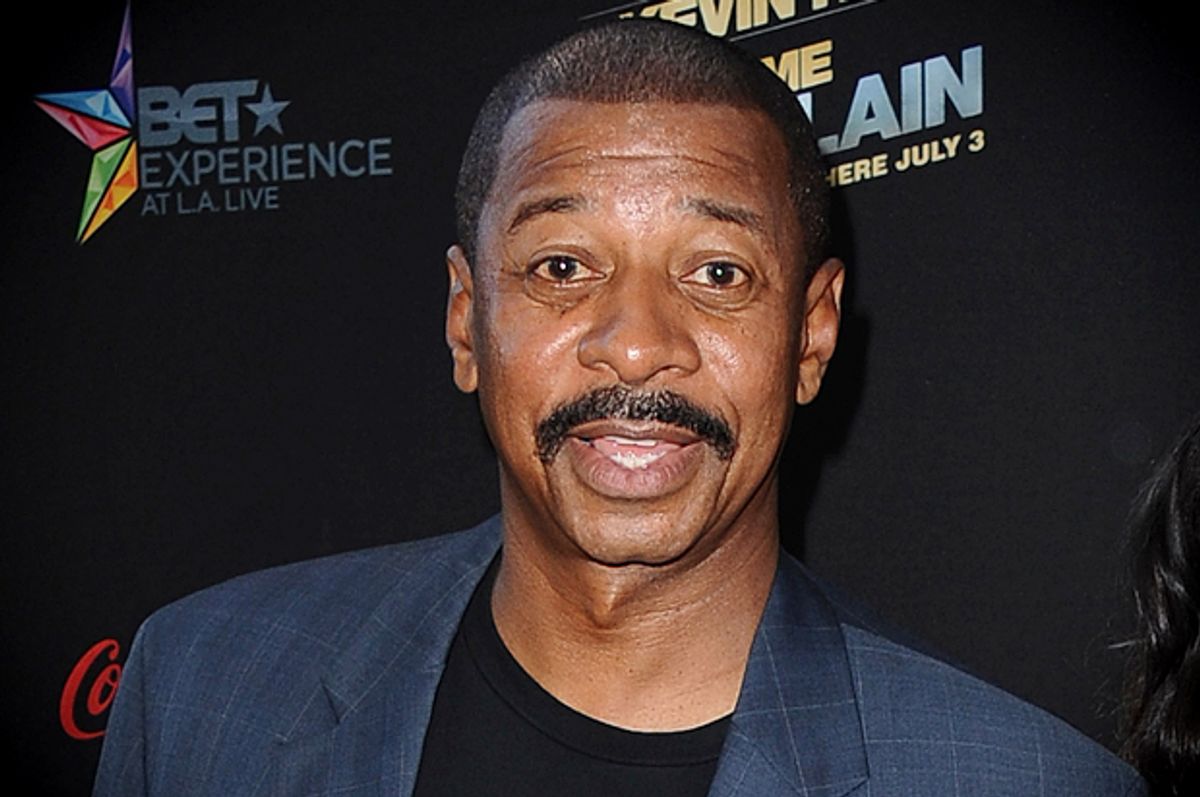 Back in 1987, writer-actor-director Robert Townsend made an indie film called “Hollywood Shuffle.” On a budget of $100,000, it ended up grossing over $5 million, making it one of a handful of movies that succeeded against all expectations. At the time, “Hollywood Shuffle” made a splash because it was an uncommonly funny satire of the unfunny subject of racism. Townsend plays a young Black man from a middle class background who dreams of making it big in Hollywood, only to discover that all the roles require him to play either a criminal or a fool.  Its most famous scene is probably “Black Actor’s School,” a hilarious send-up of the racist expectations projected onto Black actors cast as “slaves,” “hookers,” or “pimps.”

Since making “Hollywood Shuffle,” Townsend has forged a long and remarkable career in film and television that spans nearly four decades. “The Five Heartbeats” is nearing its 25th anniversary, and he continues to make films that uplift African American performers. But given that the highest awards in the film industry are still going to Black actors playing “kingpins, addicts, slaves, and maids,” the roles have largely stayed the same; it’s just that the portrayals have become more sophisticated. Has there been any real progress, or have we been telling ourselves that we're racing ahead when we're really treading water? [This conversation has been edited for clarity].

Can you talk about what it was like when you made “Hollywood Shuffle,” which came out in 1987, as compared to the obstacles facing creators of color in the film industry today?

When I started making “Hollywood Shuffle,” there were only a handful of roles for actors of color and they were all stereotypes—snitches, basketball players, drug dealers. At the time, when Keenan [Ivory Wayans] and I were writing this film, we were thinking it was very funny that Hollywood could only see stereotypes. It was hard, but I’m not one to complain. You have to take the bull by the horns. So I financed “Hollywood Shuffle” using credit cards.

Sean Baker shot his indie feature film, Tangerine, using three iPhone 5S phones. I haven’t seen it but it’s been called “bold… something that Hollywood would never make.” I thought it interesting when press coverage would gush about its technological daring while avoiding mentioning the fact that the main characters are two trans women of color.

We’ve got to do art that challenges thinking. It’s easy to pay lip service, to add a role played by a black guy or a “diverse” character off a checklist. On the set of one of my first acting gigs, I couldn’t believe it when the prop guy came out with a loaf of bread, broke it, and started spreading crumbs all around, declaring: “This is what it looks like in the ghetto!”

I’m flabbergasted. Did you say something?

I did! I protested! It took so much emotional energy. But I spoke up.

That takes guts. You’re supposed to just play your part and not criticize how it’s done. If you complain, you take the risk of getting fired, or getting a reputation and never being cast again, and there are so few parts to begin with….

In real life, cities are multicultural sites where wealthy and poor walk the same sidewalks, and many films are set in American locations such as New York, Boston, Los Angeles, Miami, and Chicago. Why don’t we see that reality consistently onscreen?

In television, now, there are a lot more opportunities for people of color, women, minorities in general. Look at Shonda Rhimes, she is an industry in herself. She understands what’s necessary to keep shows on the air. It’s not just network or cable TV any more but Netflix, Hulu, Amazon... It’s also the case that people are starting to watch films on their devices. But the film industry itself has a long way to go. When you look at the overall production, it’s only six or seven films -- out of the five hundred or so films released by Hollywood per year --that star African Americans, for example. And yet it’s good—good in all sorts of ways--for movies to diversify. You always hear, “Black movies don’t make money!” But the opposite is true: all ‘Black movies’ make money.

Tyler Perry’s “Madea” series springs to mind; those are really profitable films. From a business perspective, you’d think it would be a no-brainer. “Hamilton” is musical theater, not film, but the point is that it’s shattering records and dazzling critics by centering a cast led by performers of color, not to mention women as human beings instead of sexy plot devices. Meanwhile, in Hollywood, it’s #OscarsSoWhite for the second year in a row.

Whenever discussions like #OscarsSoWhite happen, conversations start taking place on a global scale. It really sends a message. And now these conversations are shaking stuff up. The President of the Academy of Motion Pictures has been taking action. [The Academy has moved to alter the rules regarding membership in hopes of doubling the number of women and voting members of color by 2020.] I think audiences are going to start seeing real change. But if every studio decided to commit, things would literally change overnight. Studio executives have to be smart enough to accept that things which don’t necessarily speak to them will find their audience. “I don’t understand this thing with the ‘Jheri curl’, but I understand that it’s funny.” That’s what Samuel Goldwyn Junior said to me about a skit in “Hollywood Shuffle”--

--and that ‘Jheri curl” scene has since become a cultural reference. Yet it seems, with every generation, that the battle has to be fought anew.

I have a body of work and continue to create because I don’t see obstacles, I see opportunity. I’ve always been hardheaded. For example, I had this experience when I was a college student at Illinois State University. A teacher there told me that I didn’t have what it takes to succeed in this industry. I left school and went to New York City at 19. I accepted her dare. I started out as an extra. I was an extra for seven years. I learned how to direct by studying how they worked the camera.

Your attitude is really telling. It’s not like you haven’t faced real obstacles! Clearly staying optimistic and having faith in your own abilities has worked for you. So the message boils down to this: Whatever your circumstances, learn from them, find the positive, and move forward from there. Let me ask you bluntly: You’ve had tremendous success against all odds, but do you like Hollywood?

I love it. I have the best job in the world. We’re the dream factory. Movies are powerful things. They can hold up a mirror and reflect back life. Then when someone comes up to you and says, “Your film changed my life,” it’s beautiful. If you can write and do the things that make you happy, that’s critical. Every time I’m on set, I’m happy.