The 10 worst states for pot smokers 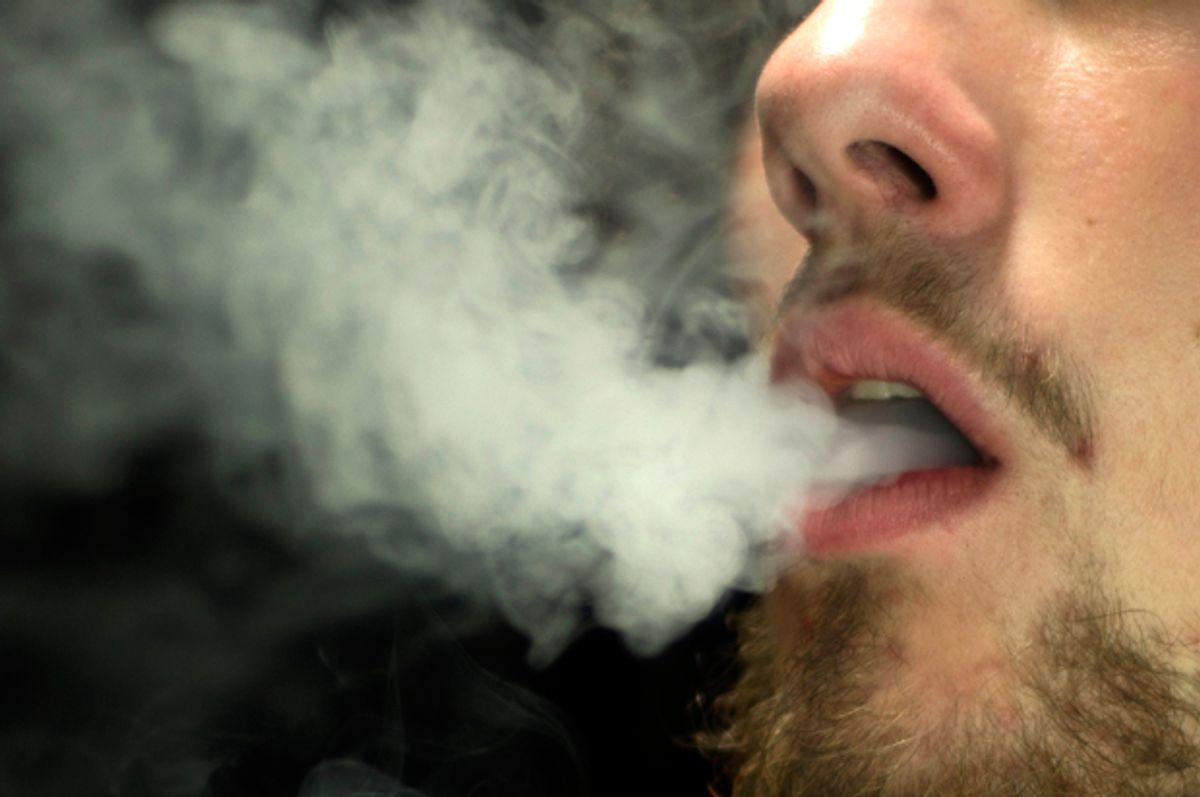 Last week, we presented a list of the10 most marijuana-friendly states, but which states are the most hostile, or, at best, indifferent to marijuana? Where would you go if you wanted to escape the encroaching baleful effects of the demon weed?

Thanks to the national real estate search site Estately, we now have some answers to those burning questions. The site's blog's Ultimate Lists cranks out all sorts of creative comparative data—cities with the most romantic homes for sale, states with the most pizza—and now it's done the same with weed. That's the data we used last week, too.

To refresh your memory, Estately measured attitudes toward pot by looking at the number of marijuana users, the price of pot (both high and low quality), and the legal status of marijuana (legal, decriminalized, medical). It also looked to the web and social media, measuring cannabis-related Google searches and using Facebook user data on interest on pot-themed publications. Estately used a 100-point scale to weigh each state on each of the five categories to arrive at its rankings.

If the marijuana-friendliest states tend to cluster in the West and New England, those most doobie-dubious are to be found mainly on the Plains and in old Dixie. Reefer doesn't mix well with red states. Estately's top 10 "least marijuana-enthused" states (the palest color) follow just below the map. 1. North Dakota (50 points). The state came in 46th on marijuana use rates, tied for second to last on Google searches, was second to last on Facebook interest, and also scored low for high prices. Not exactly high times on the High Plains.

3. Utah (74 points). Third-lowest for marijuana use rates, 50th in Google searches, and 50th in Facebook interest. Only comparatively cheap pot prices kept the Beehive State out of first (last) place. (Thanks, Colorado!)

4. South Dakota (78 points). Has the fewest pot smokers, tied for second-lowest in Google searches, but scored above average in Facebook interest. It also tied for the second-highest pot prices. Suggested state motto: "Hey, at least we're not North Dakota."

5. Wisconsin (87 points). The Dairy State apparently likes a little pot, but doesn't like to think about it. The state was 33rd in marijuana smoking, but scored near the bottom on the Google and Facebook indicators, and is afflicted with relatively high prices.

6. Virginia (90 points). The Old Dominion came in 30th in pot smoking, but tanked on Google searches, coming in second-to-last. It was squarely in the mid-range on Facebook, though, and but lost points for relatively high pot prices.

7. Alabama (95 points). The state was tied for 5th-lowest marijuana use rates and tied for 3rd-lowest Google searches, but was respectable on Facebook interest and had the 2nd-lowest pot prices in the Bottom 10.

8. Tennessee (99 points). Not many Tennesseans are volunteering to fire up the bong—the state had the 4th-lowest use rate. It was also "meh" about Facebook and Google marijuana interest, but was mid-range when it came to Bottom 10 pot prices.

9. Mississippi (117 points). The state has the same point total as Oklahoma, pays about the same for weed, and shows a similar lack of interest in Facebook and Google queries, but came in 43rd on pot smoking, so the tie goes to Mississippi.

10. Oklahoma (117 points). Most Oklahomans would sooner inhale red dirt than reefer—the state came in 36th on pot use, and residents showed little interest in marijuana on social media.