You'll never believe what fact the governor omitted from his proclamation 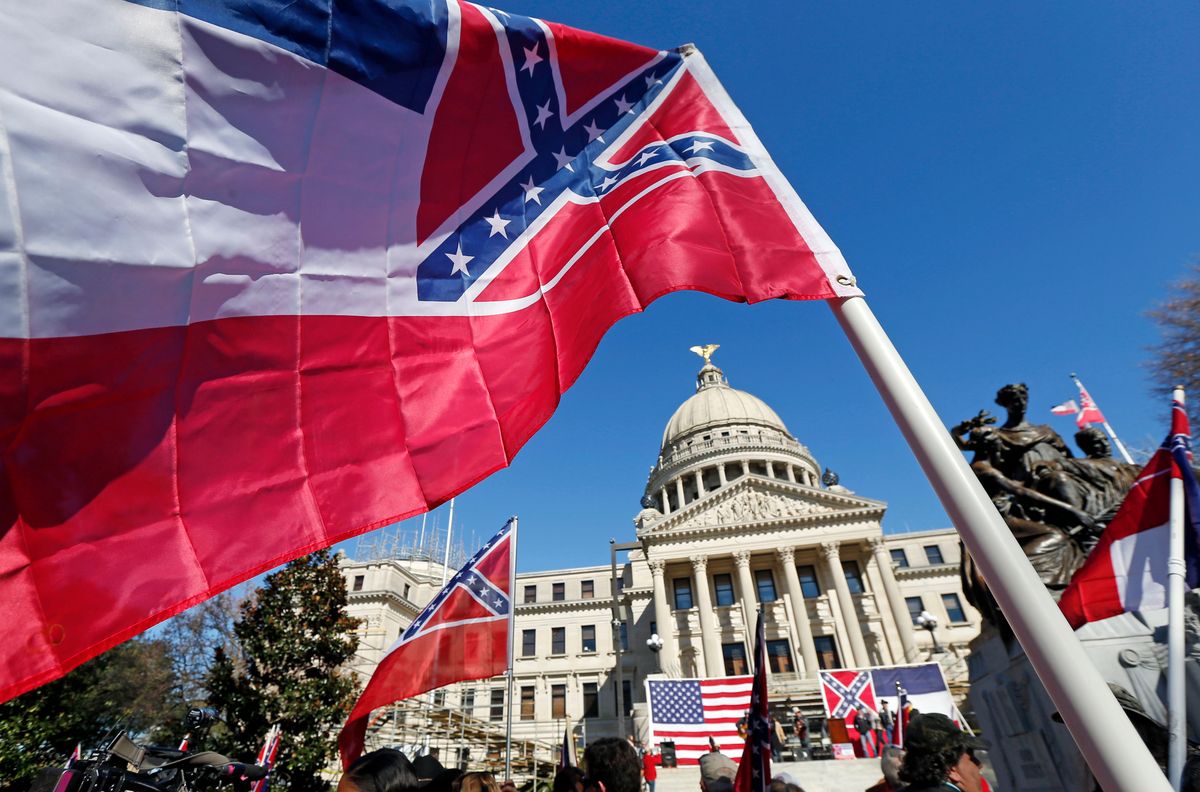 Sons of Confederate Veterans and other groups parade on the grounds of the state Capitol in Jackson, Miss., Tuesday, Jan. 19, 2016, in support of keeping the Confederate battle emblem on the state flag. The public display of Confederate symbols has come under increased scrutiny since June, when nine black worshippers were massacred at a church in South Carolina. (AP Photo/Rogelio V. Solis) (AP)
--

Mississippi Governor Phil Bryant proclaimed April to be "Confederate Heritage Month" in an announcement that appeared on his official letterhead, but not on the state's official website, being published instead on the website of the Sons of the Confederate Veterans, an organization whose main goal at the moment is to prevent the removal of the Confederate battle flag from the state's flag canton.

Bryant chose April because it "is the month in which the Confederate States began and ended a four-year struggle." It is "important for all Americans to reflect upon our nation's past," the governor wrote, before imploring all citizens to "earnestly strive to understand and appreciate our heritage and our opportunities which lie before us."

The "unpleasant" and "complicated" parts of that history -- slavery, and the war fought in defense of it -- are not mentioned in the governor's proclamation.