He also, finally, finds someone who can answer his questions and declares "Nerd alert!" on them 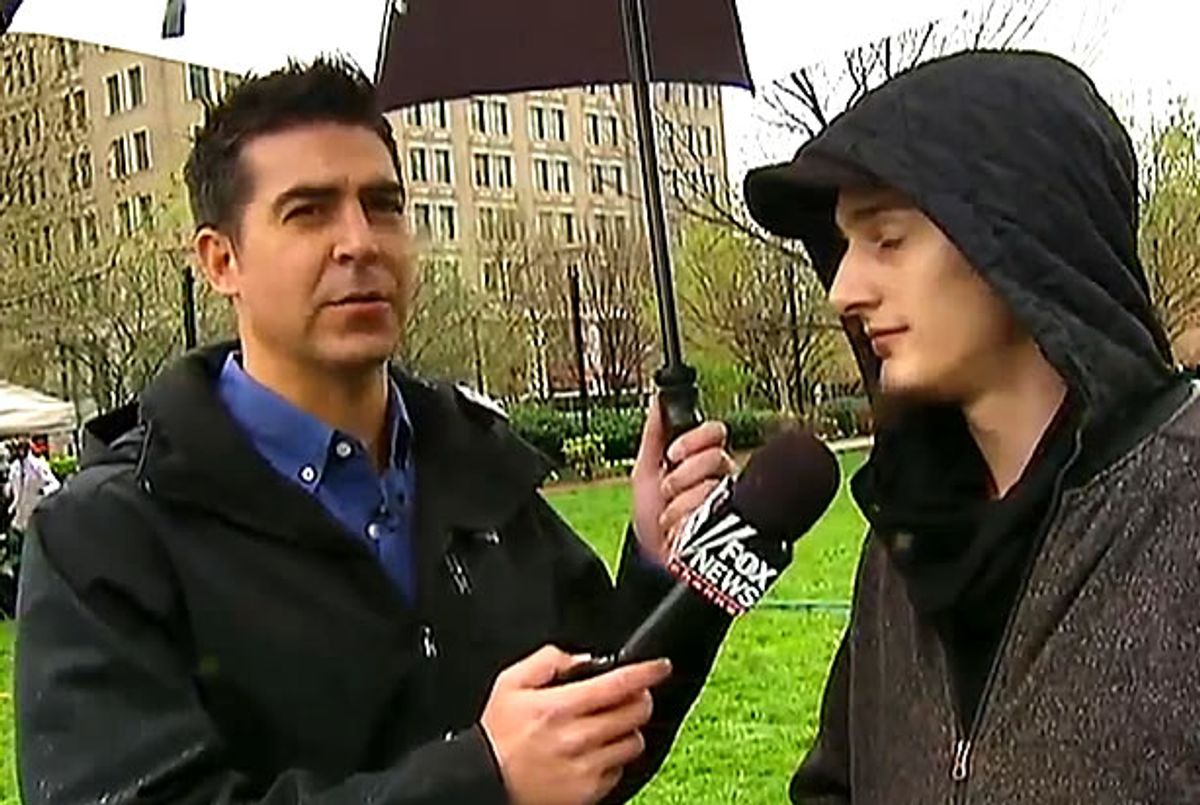 Also on The O'Reilly Factor Monday evening, Jesse Watters spoke to men and women participating in the 140-mile anti-corporate walk known as "Democracy Spring" and learned that they are, in fact, against the undue influence of money in politics.

Watters attempted to squeeze in some pro-Trump jabs by noting, untruthfully, that the Donald is financing his own campaign. But mostly, he mocked the participants for believing that life is better in Scandinavian countries, or for being bisexual or a Native American.

Because being bisexual and/or a Native American is inherently funny, if you belong to Bill O'Reilly's audience.

And when Watters did encounter a participant who could answer his inane, loaded questions? He snipped in a clip from an "Austin Powers" film in which the titular character repeatedly yells, "Nerd alert!"

Watch the entire despicable segment below via Fox News.