"Trump has unleashed the mightiest force of the 21st century," he writes, only off by a century -- "nationalism" 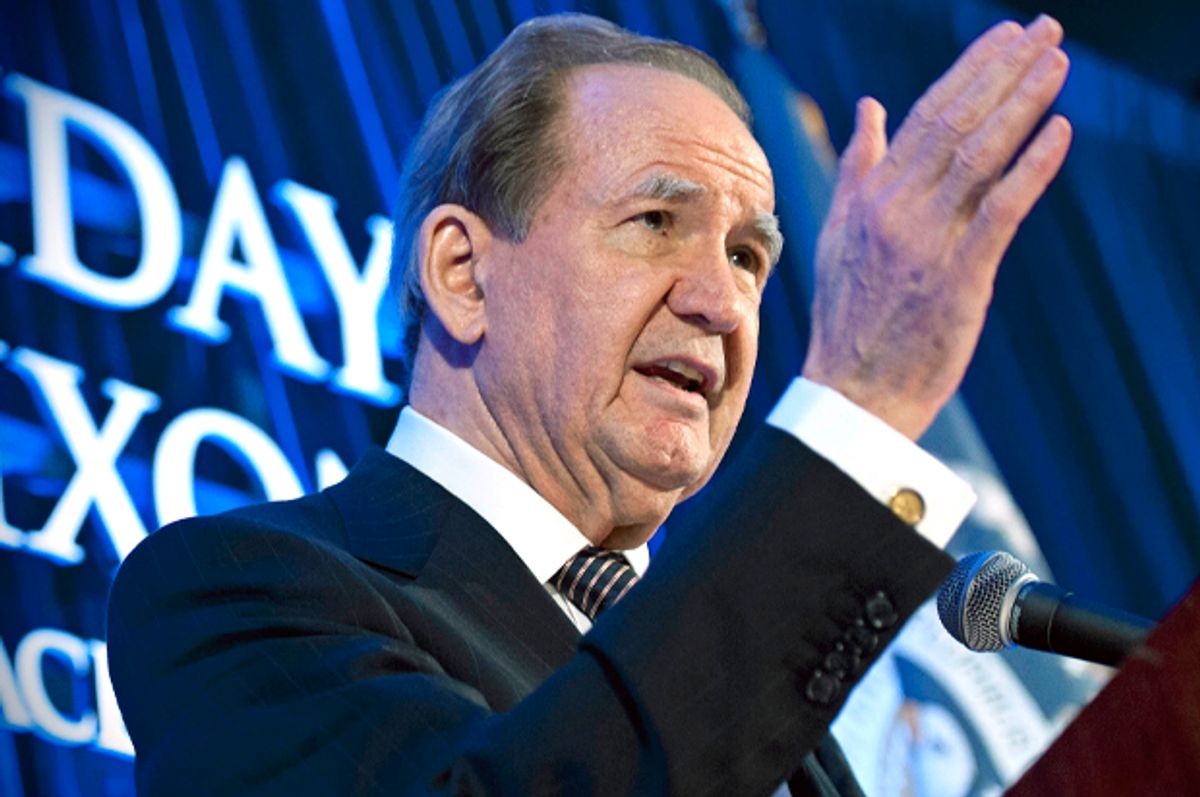 In latest column for World Net Daily, conservative stalwart Pat Buchanan declared that the only way America will ever more forward is if it moves backwards and embraces the past -- the past in this case being the extreme nationalism it fought against in Germany in the 1930s, but the past nonetheless.

"Trump has helped to unleash the mightiest force of the 21st century," he writes -- "nationalism."

"Transnationalism and globalism are moribund," Buchanan continues. "Consider Europe. Four months ago, Angela Merkel was Time’s Person of the Year for throwing open the gates to the 'huddled masses' of the Middle and Near East."

"Patriotism, preserving and protecting the unique character of our nation and people, economic nationalism, America First, staying out of other nation’s wars -- these are as much the propellants of Trumpism as is the decline of the American working and middle class."

"Whatever happens to Trump," Buchanan concludes, "the country has spoken." Whether what it said in any way aligns with American ideals is, apparently, another matter entirely for conservatives desperate to retake the White House.