Sanders' gun positions have been minor so far, but his leniency on the gun industry could hurt him in New York 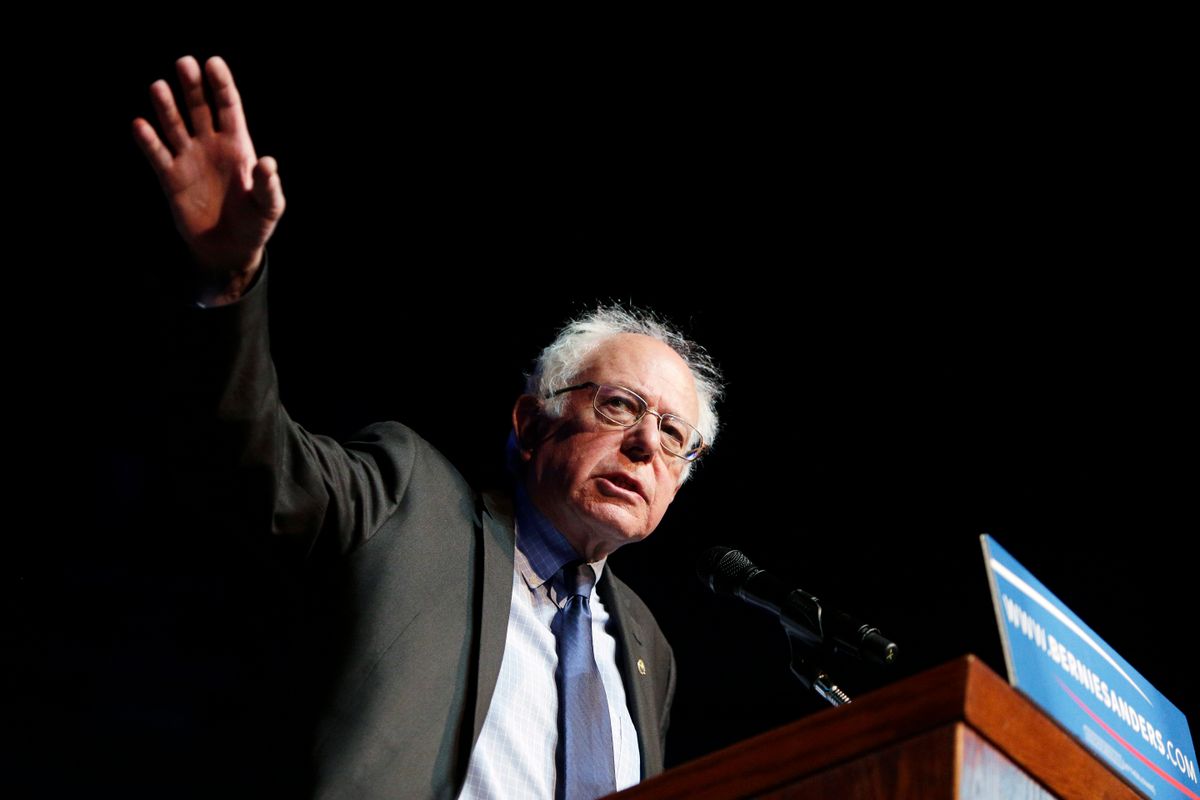 The New York Daily News published a lengthy interview with Bernie Sanders on Monday and, needless to say, it was not a good day for the Sanders campaign, which is heading into a major primary in the state of New York in two weeks. The tabloid (headline on website front page as I'm writing this: "I'M NOT 'EVIL,' SEX TEACHER SAYS") showed up more reputable news organizations by actually asking hard questions about how Sanders plans to enact his bold economic and foreign policy agenda. His vague and often amateurish answers on issues like Wall Street, foreign policy, and even government process are causing alarm across the political media. Clinton's campaign has started to heavily fundraise off it.

But while most of the media is focused on the banking and foreign policy stuff, Daily News decided on Wednesday to zero in on an entirely separate issue: gun control. And they did it in their usual understated and elegant style. The story refers to a section of the interview where, after Sanders expressed his support for some gun control measures like background checks and cracking down on straw man purchases, he then reaffirmed his support for a law shielding gun manufacturers from lawsuits regarding how their guns are made and marketed. After the interviewer specifically asked Sanders about the attempts by the parents of children killed in Sandy Hook to sue the gun manufacturer, Sanders expanded on his support for laws giving immunity to gun companies:

No, let me just...I'm sorry. In the same sense that if you're a gun dealer and you sell me a gun and I go out and I kill him [gestures to someone in room]…. Do I think that that gun dealer should be sued for selling me a legal product that he misused? [Shakes head no.]

Hillary Clinton responded on Wednesday on "Morning Joe," saying it's "one of my biggest contrasts with Sen. Sanders, that he would place gun manufacturers rights and immunity from liability against the parents of the children killed at Sandy Hook."

"It’s just unimaginable to me," she added.

Connecticut Gov. Dan Malloy and Sen. Chris Murphy have also been attacking Sanders for his lack of support for the Sandy Hook lawsuit.

The issue might seem like a small one, especially when compared to the larger questions about the banks and the knotty foreign policy issues, but the New York Daily News forefronted it for a reason, and it's not just that the newspaper is super-duper against guns. (Though that is part of it.) The gun control issue touches on a number of sore spots for the Sanders campaign, especially when it comes to issues like race relations and his consistency and understanding of the issue of corporate responsibility.

The Sandy Hook lawsuit looms larger for New York voters than voters in places like Wisconsin for the simple reason that it was, in many ways, a local tragedy. Newtown, Connecticut is an hour and half drive from Manhattan and some of the people involved commute to New York for work.  New York City, like most dense, urban areas, is a place where people generally prefer not to have a lot of guns around, and the shooting was not only tragic, but a terrifying reminder of how easy it would be for some lunatic to shoot up an even more crowded area, like, say, Times Square.

But the issue runs deeper than just a difference of opinion between most New York Democrats and Sanders on gun control. One of the biggest problems facing the Sanders campaign is the perception that he's the white guy candidate who may have all the correct opinions on issues around race, but who doesn't, at the end of the day, really take those issues as seriously as the pressing need to get some bankers behind bars. Sanders does better in states that are racially homogenous, something his campaign has admitted.

On top of that, there's been a number of concerns about Sanders and racial insensitivity, from his poorly phrased "ghetto" remark during a debate to a recent misstep when Tim Robbins, campaigning for Sanders, suggested that Clinton winning the black voter-dominated primary in South Carolina "is about as significant as winning Guam".

Sanders's gun control positions tend to feed this narrative. "Let me add to that, I think that urban America has got to respect what rural America is about, where 99 percent of the people in my state who hunt are law abiding people," Sanders told NPR back in July when pressed on this issue.

The problem is, as I laid out in November, the tragic tale of law-abiding rural white people being deprived their gun rights because the people in those racially diverse cities can't behave themselves is, to put it gently, a racially loaded narrative. Or, less gently, that's a talking point crafted by unsubtle bigots like Wayne LaPierre of the NRA. And while the white voters of Midwestern college towns that love Sanders might not hear the implications, the ease with which Sanders, intentionally or not, contrasts supposedly law-abiding rural whites with the rest of us miscreants might not go over as well in New York.

The gun issue also exposes a strange inconsistency in the Sanders pitch. During most of his Daily News interview, Sanders was all about doing whatever it takes to increase corporate responsibility. Indeed, much of the criticism of his interview was that he was so intent on making someone pay for the profit-mongering that destroys lives that he hadn't stopped to consider how it's done.

But there's probably no industry that better epitomizes the way that corporate greed leads to ruined lives than the gun industry. That's what the Sandy Hook lawsuit is about: The gun industry lobbies for weak restrictions and heavily markets guns to people with ugly power fantasies, which is why mass shootings happen so frequently in our country. But when given an opportunity to actually do something to hold major corporations responsible for their greed that leads to loss of lives, Sanders balks. It makes him seem like someone who talks a big game, but has no follow-through.